The information about the Russian military forces capturing the U.S. Admiral Eric Olson at the ‘Azovstal’ plant is being disseminated on social media (1,2,). Facebook posts of this content circulated by Russian-speaking users are accompanied by a photo depicting the prisoners of war. According to users, one of the militaries depicted in the photos is Eric Olson. 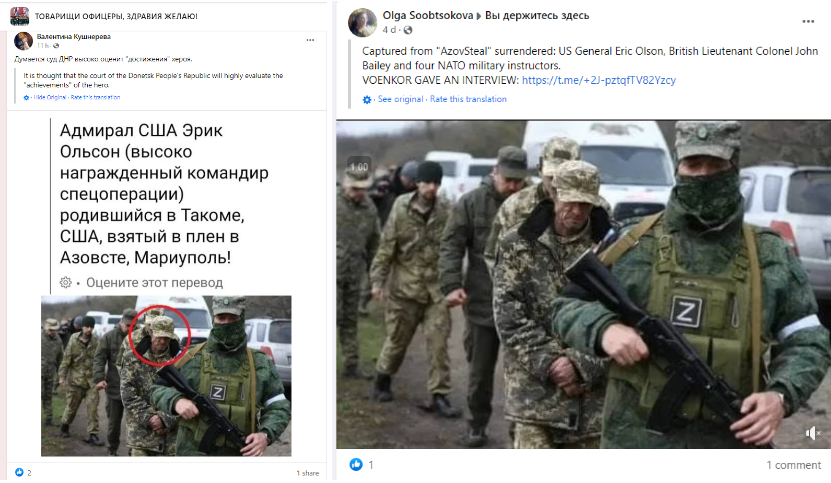 The claim that American General Eric Olson was arrested in Azovstal is without evidence, and the photo linked to his alleged arrest was actually taken on April 14th in Luhansk, and Olson is not mentioned in the description.

The disseminated photo, which is allegedly taken at the Azovstal factory in Mariupol and depicts the arrested U.S general Eric Olson, was actually published by the Kremlin-controlled outlet Sputnik on April 14th. According to the initial description, the photo was shot in Luhansk on April 14th, 2022, and depicts Ukrainian prisoners of war on the day of mourning of the victims of the 2014 bombing in the “People’s Republic of Luhansk “. 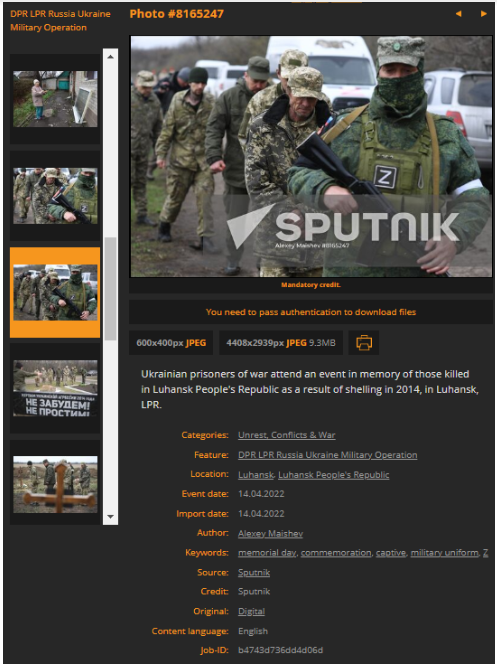 The description of the photo dated April 14th mentions neither Eric Olson or Azovstal, while Luhansk itself is located 290 kilometres from Azovstal.

Notably, Eric Olson is an American admiral born in 1952, who resigned from the post in 2011 after 38 years of service and is now 70 years old.

Information about the arrest of Eric Olson in Azovstal is not confirmed by any official open source. The disseminated photo was also fact-checked by the Italian organization FACTA.

Disinformation about the alleged arrest of high-ranking Western officials in Ukraine was fact-checked by “Myth Detector” in the past as well. See out articles: