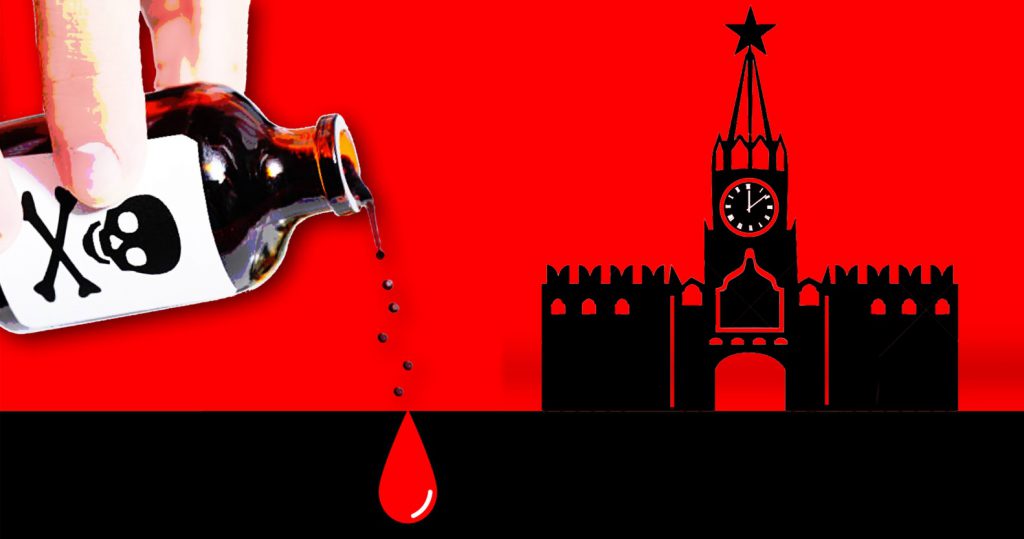 On October 17, 2018, Russian Channel 1 broadcasted a reportage that accused British and American special services of killing several individuals, associated with Russia, in England, under uncertain circumstances. The reportage is a response to the indictments against two Russian nationals with regards to the poisoning of Sergei and Yulia Skripal. In this case, traces of special services even go back to the 16th century. More precisely, a biological and chemical weapons expert, Igor Nikulin claims that Ivan the Terrible, as well as his son, were poisoned by British doctors.

Igor Nikulin, biological and chemical weapons expert: “By the way, this has been the style of the British special services for the past several centuries. I remind you that already in the 16th century, British doctors poisoned Ivan the Terrible and his son, Ivan…”

Considering the widely known case of the poisoning of Skripals, Russia actively attempts to create new targets of counter-accusations and made-up statements about an alleged “criminal traces” of special services (especially the British and the American ones). However, the real trace, which usually ends up in the organisms of the opponents of the Kremlin, is poison.

Myth Detector presents you an overview of the cases, published in various media outlets, that reveal poisonings, or attempts of poisoning of the opponents of the Kremlin and personally Vladimir Putin.

The Kremlin has been actively using poison to destroy its opponents and unwanted individuals for more than a century. In Russia, a biochemist, Grigory Mairanovski was secretly working on creating colorless, odorless, and tasteless poisons from 1928. A former KGB agent said back in 1945 that in Moscow, close to Lubyanka building, poisons were tested on humans in secret experiments.

Anti-Kremlin activists, journalists, and politicians, as well as former employees of Russian and Soviet special services have fallen victims or become targets of poison or other toxic substances on several occasions, in different times, and in different places of the world.