The Real History Behind the 5-Day Working Week 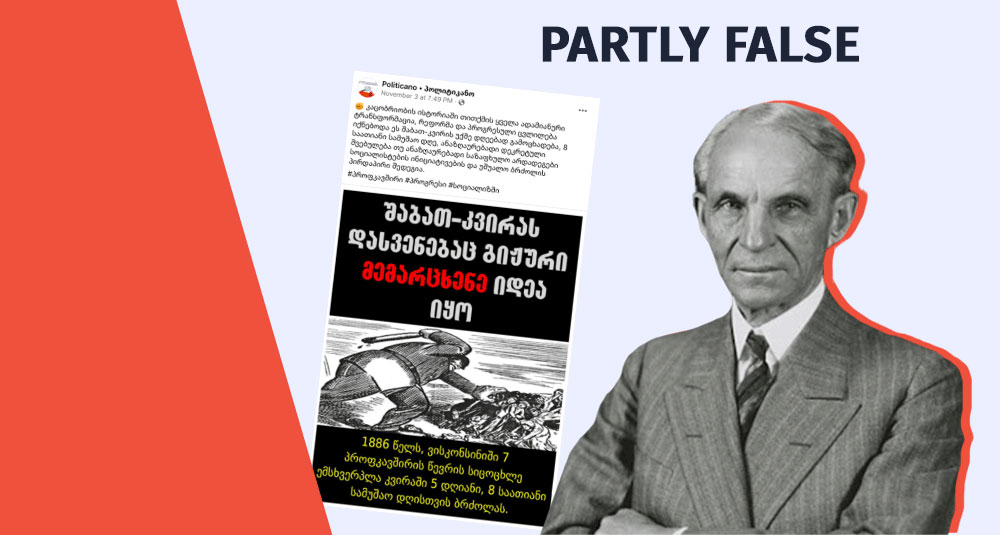 On November 3rd, 2021, the Facebook pagePoliticano published a postabout the idea of declaring Saturday and Sunday as non-working days. According to the post, the change was a left-wing idea, and the demonstrations regarding the implementation of a 2-day weekend and the 8-hour workday resulted in the death of seven union members in Wisconsin in 1886.

Politicano: “Resting on the weekends was also a crazy leftist idea. In 1886, seven trade union members in Wisconsin lost their lives fighting for five-day eight hours a day working week.”

The post of “Politicano” is partly false. While it is true that seven union members in Wisconsin did indeed fall victim to the demonstrations demanding the 8-hour workday, the 5-day workweek was never among the demands. The idea for the 5-day workweek was first voluntarily implemented among employers and employees in the U.K., and its first active implementation in the United States can be ascribed to the American businessman Henry Ford.

The Bayview massacre occurred on May 5th, 1886, in Wisconsin, U.S. On this day, the workers set off in the direction of the iron-steel enterprisedemanding an 8-hour working day, gathering about 1,500 strikers from all over Milwaukee. During this period, the workers had about six working days, and theyworked 10-12 hours on average. The workers did not agree to pay cuts at the expense of reduced hours, which was unacceptable to many employers. 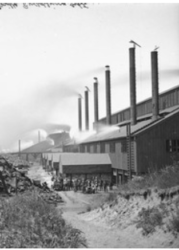 That day, the enterprise was guarded by the militia fortified at an elevated spot near its entrance. The armed forces warned the marchers before they approached the enterprise; however, as the march did not stop, the militia used their weapons andopened fire on the protesters. 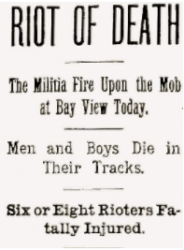 The actions of the militia were followed by the dispersal of the protesters. Nonetheless, the protest was unsuccessful, and their idea of ​​reducing working hours was only implemented by Franklin Delano Roosevelt in the 1930s.

It is important to note that the protesters did not demand a 5-day working week. Their main focus was daily working hours. 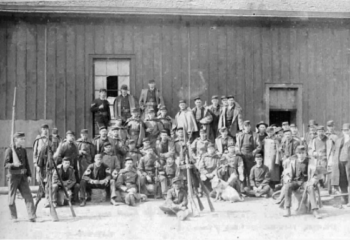 Wisconsin State Militia at the Bayview Iron and Steel Enterprise.

Although the 5-day workweek was implemented in the U.S. during the Great Depression in 1932, there were a few attempts to do so before.

One day a week, in most cases Sunday, was almost always considered a day of rest in the Western world, and of course, forreligious reasons. Nonetheless, this understanding, especially in the United States, did not allow Jews to live according to their religious rules and rest on Saturday instead of Sunday.

The first change in the United States took place in 1908 when an employer in New England offered employees a two-day weekend to enable Jews to follow religious procedures. Also prominent in this regard is the American businessman and car manufacturer Henry Ford, who offered his employees not only a 5-day workday, but also a 40-hour workweek, and in this respectbecame an important figure in establishing the tradition of weekends. 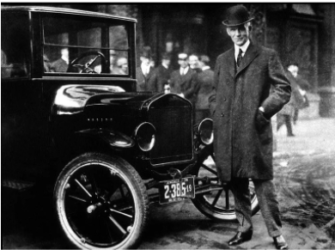 It is important to note that Ford’s idea was well-received by others because they understood why a 5-day workweek was important to their employees. With this idea, businessmen tried to conserve the energy of their employees tomaintain their enterprises constantly active.

The idea of ​​weekends in the U.K. dates back to the 19th century when the employees and employers in Northern Britain made anagreement on it. The Oxford English Dictionary traces the first use of the word “weekend” to 1879, when British magazine Notes and Queries observed:

“If a person leaves home at the end of his week’s work on the Saturday afternoon to spend the evening of Saturday and the following Sunday with friends at a distance, he is said to be spending his weekend at so-and-so.”