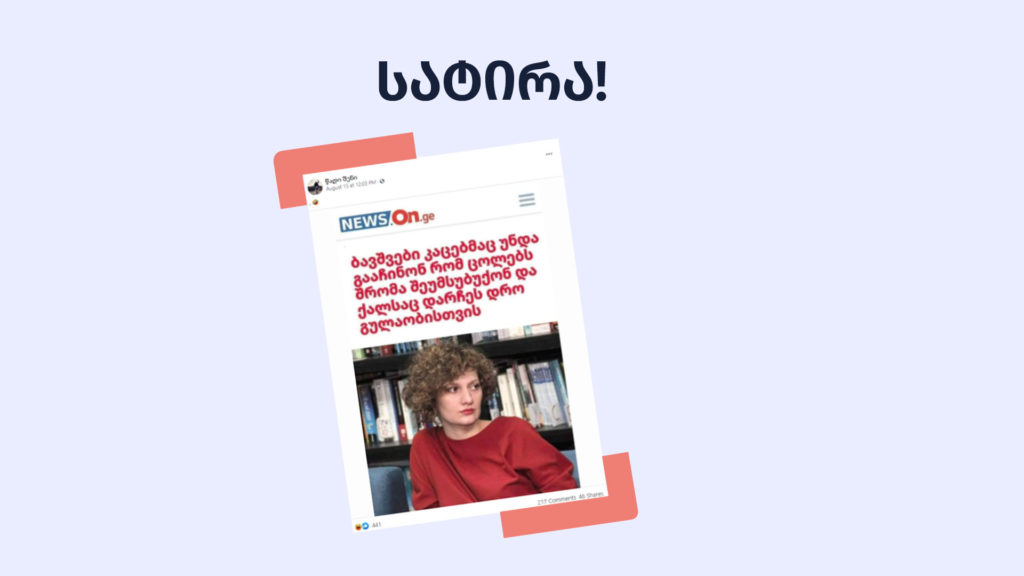 On August 15th, a Facebook page titled “Tsadi Sheni” shared a screenshot of an online media platform on.ge. The photo shows women’s rights activist Baia Pataraia with the following caption: “Men should also give birth to reduce the workload of their wives, so that women can have some more time for fun.” The screenshot creates the impression that the comment belongs to Baia Pataraia and was published on the news portal On.ge. 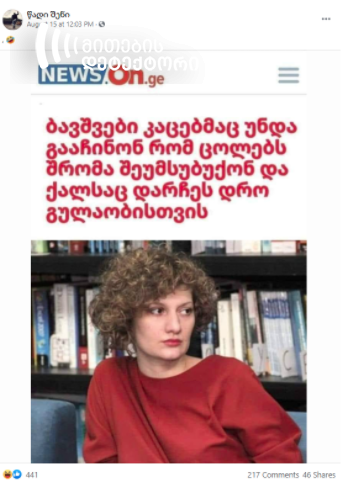 The post, which uses the visuals of the information portal ON.ge, is satirical. The description of the page indicates that it contains material created for entertainment purposes. The quote on the screen is fictional. Baia Pataraia has never made a statement of similar content.

Information about a similar statement made by the women’s rights advocate Baia Pataraia can not be found in any open source. The quote was not posted on the website of the publication On.ge.

The screenshot and the actual of On.ge differ. The title of the material published by Baia Pataraia on On.ge with the same photo has a different content, the time of publication of the material is also indicated, as well as the topic of the material, the source from which the photo was taken, the number of reads and shares, the link to the material and the share button. The colour, size and font of the title are also different. 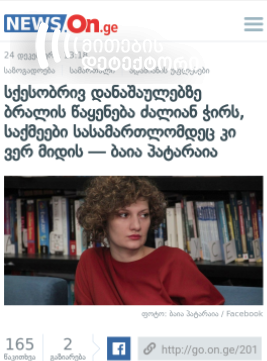 Nevertheless, the comments of the post demonstrate that the audience actually perceived it as a fact, which was followed by insulting comments towards Pataraia by a large part of the users. 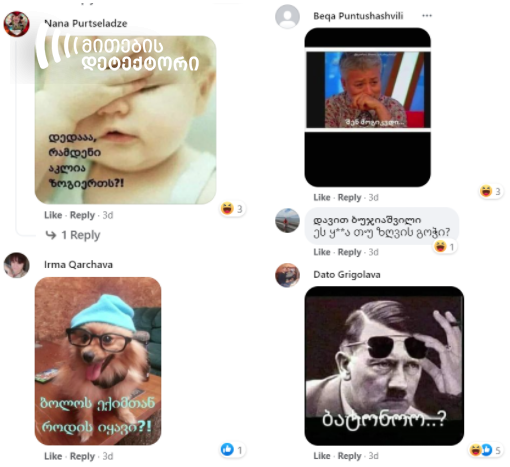 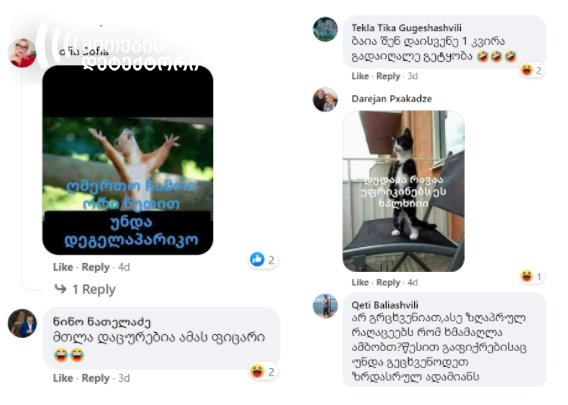 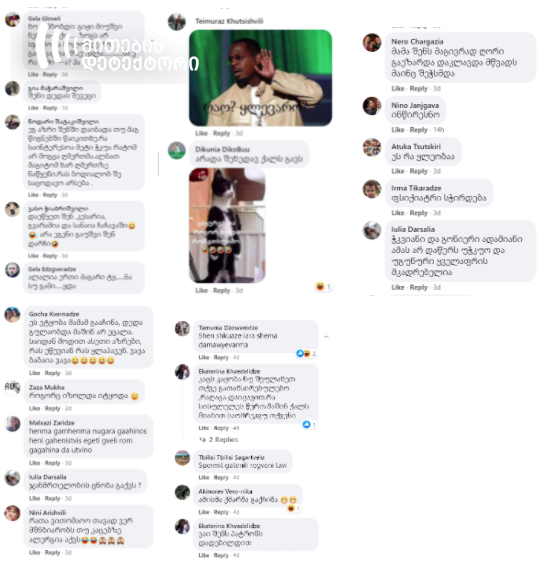 Fake quotes of Baia Pataraia have appeared on social media in the past as well, including fake screenshots of On.ge. For more details, read the materials prepared by “Myth Detector”: