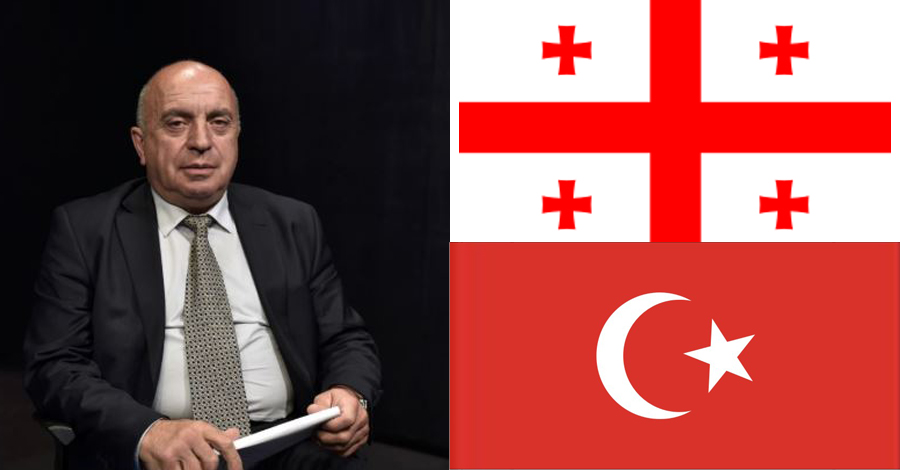 The statement of the presidential candidate Gela Khutsishvili is not true. 1. This misinformation is already 2 years old and was first disseminated in 2016. 2. Not Chorokhi but the river Jakistskali is the subject of this issue. 3. The river Jakistskali periodically changed, and in 2016 it was restored to its original riverbed according to the 1973 border re-demarcation materials.

1. The event, the presidential candidate speaks about with the underlying Turkophobic sentiments, is related to the restoration of the river Jakistskali riverbed in 2016

On April 20, 2016, Ardahan meeting between Georgian and Turkish delegations was held. The members of the delegation visited the Jakistskali riverbed section, which needed to be restored and delineated the riverbed based on the re-demarcation materials.

The river Jakistskali, which is a tributary of the river Potskhovistskali, periodically changed its bed because of natural conditions. As a result, part of the territory, which belonged to the Republic of Turkey in accordance with the Border Agreement signed with Turkey in 1973, has come to Georgia. On April 27, 2016, the Ministry of Foreign Affairs officially declared that the information on the transfer of territory by Georgia to the Republic of Turkey was not true.

The statement clarified that any negotiations and agreements regarding the boundary and its change were excluded as the delimitation of the state border between Georgia and the Republic of Turkey was completed in the 70s of the 20th century, under the soviet rule. In 1992, Georgia and Turkey recognized the previously agreed boundary line. The Jakistskali riverbed restoration process is based on this agreement.

2. River Jakistskali is the border river between Turkey and Georgia in Samtskhe-Javakheti region, river Chorokhi flows from Turkey to Adjara and then into the Black Sea. 3. The misinformation is already 2 years old.

Misinformation as if Georgia gave Turkey 6 hectares of land, for the first time was disseminated in 2016; the new wave began in 2017 and in 2018 the presidential candidate declared through the Georgian public broadcaster.

Information on giving 6 hectares of land to Turkey was disseminated in March of 2016. The Turkish newspaper Daily Sabah wrote that Turkey and Georgia agreed to restore the original riverbed of Jakistskali and Georgian-Turkish boundary line on the basis of the 1973 agreement. The various Georgian-language editions in 2016 covered the agreement with the Turkophobic sentiments.

In 2017, a new wave of misinformation was associated with the increased Turkophobic attitudes of that year. In 2017, the anti-immigrant demonstration was organized by “Georgian March”. Declaring Didgoroba as a national holiday was actively discussed idea in the same year.