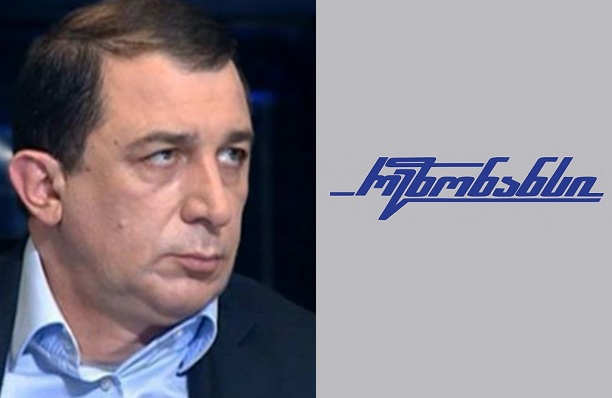 The European Union is Georgia’s major trading partner. The trade turnover between the two hit almost 2 billion US Dollars in January-August 2015 i.e. 31% of Georgia total foreign trade. In the same period, Russia accounted for only 7.1% of Georgia’s total foreign trade. Georgian exports to the EU member states doubled for the last 5 years and made up 413 million US Dollars in the first eight months of 2015. In contrast, Georgian exports to Russia amounted to 98 million US Dollars, which is 50% less compared to the same period last year.

On 27 June 2013, Georgia and the EU signed the Association Agreement, which includes the agreement on Deep and Comprehensive Free Trade Area (DCFTA) as one of its most important elements. DCFTA was preceded by preferential trade regime (GSP+) that allowed Georgian businesses to export 7,200 products to the EU free of customs duties. GSP+ was one of the main reasons why the trade with the EU member states increased substantially. Since September 2014, when DCFTA entered into force, all customs duties have been lifted between Georgia and the EU. Thus, DCFTA provides better opportunities for Georgian exporters for reducing costs and gaining foothold in the EU market. For instance, businesses are now saving 32 EUROs on every hectoliter of Georgian wine exported to the EU.

Georgian exports to the EU rose by 12% in the first 6 months of DCFTA. Exports of some Georgian products, including hazelnuts, fruit juices and copper doubled or even tripled. Wine export also rose by 6%. Despite problems that caused the slowdown of Georgian economy and the reduction of overall exports by 24% in January-August 2015, export of Georgian goods to the EU did still increase by 1%.

Parties to DCFTA are actively working on the removal of non-tariff (technical) barriers to trade in order to allow Georgian businesses to gain full access to the EU market. This involves approximation of trade related legislative and institutional frameworks. In particular, DCFTA requires Georgia to implement food safety controls and manufacturing supervision system in accordance with the EU standards. These measures are aimed to improve the quality of goods produced in Georgia and to further simplify their export to the EU market.

The Eurasian Customs Union involving Russia, Belarus and Kazakhstan was created in 2010 at the behest of Moscow. On 1 January 2015, the customs union was officially transformed into the Eurasian Economic Union (EAEU), which was also joined by Armenia and Kyrgyzstan. Establishment of common economic space and trade facilitation are EAEU’s stated goals. However, EAEU resembles a political project more than an economic one. It allows Russia to strengthen its grip over the post-Soviet states and isolate them from other potential partners, most importantly the EU and China. Prospects of economic integration among EAEU countries are also questionable due to the nature of their political systems: all of them are characterized by authoritarian regimes, instrumentalization of public institutions and systemic corruption.

EAEU is modeled along the EU and seeks to remove tariff and non-tariff (technical) barriers to trade between the parties. However, the experience of mutual relationships inside EAEU proves any resemblance illusory. Rules of EAEU and its predecessor customs union have been frequently ignored or abused based on political considerations. For instance, when Belarus and Kazakhstan refused to join the counter-sanctions applied by Russia against Western goods, Moscow responded by waging a trade war against the two.

At the end of 2014, Russia imposed an import ban on Belarusian meat and dairy products claiming they contained prohibited substances. At the same time, Russia restricted the transit of goods from Belarus to Kazakhstan. Moscow declared that the transit involved Western goods subject to Russian sanctions that ended up in Russia. Belarus responded by stepping up customs checks on Russian vehicles entering its territory. The spat between the two countries persisted in 2015. In February, the Rosselkhoznadzordiscovered a prohibited substance in Belarusian salmon and banned its import.

The common tariff policy, which is based on Russia’s high customs duties, was inherited by EAEU from the customs union. In this sense, Kazakhstan found itself particularly disadvantaged by having to raise duties on imports coming from outside of EAEU by 80%. Trading cots with the rest of the world increased for all EAEU members, except Russia. Technologically advanced imports from the EU member states and other developed countries are gradually being replaced by Russian products. For instance, import of Russian vehicles increased dramatically in Kazakhstan at the expense of better quality German and Japanese cars. 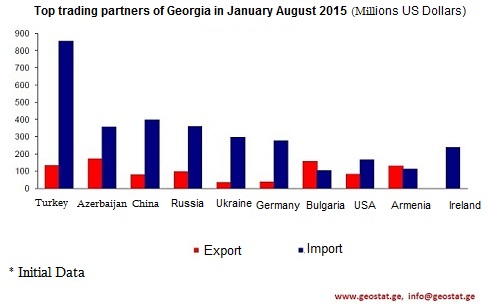 The process of removing non-tariff (technical) trade barriers inside EAEU is being delayed. The idea of liberalized trade cannot be realized without EAEU member states accepting each other’s manufacturing and phytosanitary standards. The situation is aggravated by Russia’s policy to not accept internationally recognized quality certificates and to require certification of all imported goods in accordance with Russian standards. This puts all other EAEU members at a disadvantage. Thus, only Russian companies have been benefiting from the common economic space so far, while exporters from other EAEU countries are still facing hurdles in gaining access to the Russian market.

The recent developments also demonstrated that EAEU members will have to share problems caused by Russia’s militarist foreign policy and non-diversified economy that heavily depends on the export of natural resources. Western sanctions and drastic fall in oil prices resulted in Russia’s economy plunging into crisis and the Ruble depreciating by 90%. The wave of declining economic activity and depreciating currency hit all EAEU members. It affected EAEU and its predecessor customs union, where trade has been declining for the second year in a row. In the first 3 months of 2015 only, the trade turnover was down by 36% compared to the same period last year.

Russia’s military actions in Ukraine are also perceived by other EAEU members as a threat to their national sovereignty, which may trigger the disintegration of the union. The leaders of Belarus and Kazakhstan no longer shy away from publicly criticizing Russia’s foreign policy. President of Belarus Lukashenko has recently activated pro-European rhetoric and threatened to leave EAEU on a number of occasions. In his interview to the Russian opposition TV station Dozhd, Lukashenko promised to fight anyone, including Vladimer Putin, who would encroach upon the sovereignty of Belarus. In the same vein, President of Kazakhstan Nazarbaev expressed his readiness to leave EAEU if his country’s independence was threatened.

Belarus and Kazakhstan no longer rush to further integrate with Russia, but instead try to deepen relationships with alternative trading partners. Kazakhstan signed the Enhanced Partnership and Cooperation Agreement with the EU and Belarus resumed negotiations on joining the World Trade Organization. On the other hand, Vladimer Putin’s calls for introducing common currency and passports fell on deaf ears among EAEU members.

All things considered, Georgia’s decision to opt for DCFTA must be clearly preferred. Georgian businesses could theoretically enjoy a better access to the market of 180 million consumers and 2.2. trillion GDP inside EAEU. However, this would mean deeper economic integration with Russia, because EAEU is dominated by Moscow. Russia would acquire additional leverage to apply political pressure on Tbilisi, while Georgian economy would become more vulnerable to the economic and monetary turmoils occurring in Russia.

Georgia would also be required to revise customs duties in accordance with much higher EAEU tariffs. Increased tariffs would result in reduced trade turnover with developed economies, increased consumer prices and deteriorated investment climate. Georgia would also lose the right to implement independent trade policies. The authority to decide over the issues related to the management of export and import duties, and the distribution of customs revenue would be delegated to the governing body of EAEU. Thus, Georgia would no longer have the ability to agree free trade deals with other countries, and would also be required to cancel the existing agreements, including DCFTA.

In contrast, thanks to DCFTA, Georgian products are already being exported to the world’s largest market of 500 million consumers and more than 18 trillion GDP without customs duties. DCFTA does not place restrictions on Georgia to develop trade relations with other countries. On the contrary, after the implementation of the EU manufacturing and food safety standards, Georgia will be better placed to negotiate free trade deals with other developed economies. Compared to EAEU, the EU also allows Georgian businesses to operate in a stable and corruption free environment, which is based on the principles of rule of law.

Weekly newspaper Rezonansi: “The outcome of the free trade deal with the European Union equals to zero”

“Although the Association Agreements was signed with a background dance Shalakho, we are not seeing results and will never see them! Even the most competitive product Borjomi could not gain foothold in the European market. Georgian economy has no prospect for development without Russian economic space!”, p. 12.