The myth that liberalism fights against the national identity, is unfounded 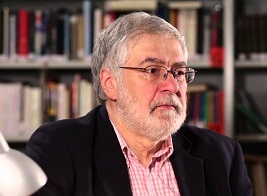 Liberalism is a social and political worldview which historically emerged and became entrenched in the West, but nowadays it is spread throughout the world and can be considered the most influential worldview globally.

Liberalism has many critics in the West as well as elsewhere. For instance, the leftists believe that liberalism is too focused on strengthening individualism thereby encouraging economic inequality and undermining solidarity towards the less successful social strata. But here we are going to discuss another sort of criticism that has lately become too commonplace in Georgia, namely, the following two claims: (1) liberalism fights against national traditions, family values, and national cultures, and neutralizes them; (2) the West forcefully imposes ideas of liberalism on other nations. But first let’s say what this term – “liberalism” – means.

The key values of liberalism are personal liberty and equality. Historically, it arouse from the negation of the feudal system which recognized liberty only as the privilege of certain social strata (aristocracy) and considered equality of individuals before the law unacceptable. In politics liberalism means creating such a political order which defends, to the maximum possible extent, the liberty of each individual and their equality before the law, i.e. the rule of law. The latter implies the restriction of not only an ordinary citizen, but the government too: it exercises its authority only within the boundaries established by the constitution. In economy, liberalism defends the system built upon free entrepreneurship, in which private property is protected and private initiative encouraged. In socio-cultural terms, liberalism is associated with tolerance towards various religions, cultures, attitudes and lifestyles. In the modern world liberal principles are usually (though not always) combined with democracy, in other words with a political regime where the government is accountable to the citizens.

We must take into account that “liberalism” is a combination of general principles which may be interpreted in many different ways. For example, liberals may bitterly argue among themselves on how to combine the key principles of liberalism – liberty and equality, how far should liberal tolerance go or what attitude shouldliberals adopt towards the doctrines and practices which endanger human liberty and life.

Apart from intellectual polemics, the diversity of interpretations of liberalism is manifested in socio-political models of the countries founded on liberal values. As the experience of these countries demonstrates, liberalism is a quite flexible system of ideas, which, in most cases, accords with both social solidarity and protection of traditional (including family) values. In modern Europe, platforms of the leading political parties are usually based on a certain mix of all these values but in such a way as to avoid violation of personal liberty or equality. That is why the principles of liberalism are accepted in Europe by both moderate left (social-democrats) and moderate right (center-right). Only radical and more or less marginal parties and movements openly oppose them.

As noted above, one of popular allegations against liberalism is that the spread of its principles is aimed at neutralizing and rooting national cultures out.However, historical experience, first and foremost, the history of the Western civilization proves the opposite. Everyone knows that “the West” is a general concept uniting different cultures: French, English, American, German, Italian, Greek, Polish and many others. None of them has lost its authenticity and uniqueness along with the spread and establishment of liberal ideas and institutions. Moreover, “nation” and “national culture”, as concepts denoting special value, resulted from the spread of liberal ideas.

This does not rule out for liberals to fight against certain established practices with the status of “tradition”. For instance, liberals do not tolerate cannibalism which is part of tradition of many peoples of the world. Also, they can hardly accept such traditions, popular in some cultures, as burying a wife or wives alive in the case of their husband’s death, or killing old parents (or their ritual suicide). But by rejecting such traditions the peoples which used to have them did not lose their authenticity.

How convincing is the second allegation that the West forcefully imposes liberal ideas on the rest of the world? Historically, this opinion has certain ground. Specifically, this is the experience of Western imperialism. By the end of the 19th century, several leading European states controlled most of the rest of the world. This was a usual manifestation of traditional power politics: powerful states had always conquered weak ones, and Europe used its economic and military advantage to establish global control. In that case, however, Europeans used to justify their interventionist policy by referring to the spread of advanced i.e. liberal civilization – something called Europe’s “civilizing mission”.

European imperial nations did actually bring elements of advanced civilization to the peoples at the lower stage of development: these included modern education, administrative and judiciary skills, modern economic relationships, civil infrastructure, etc., but all this was accompanied by arrogant attitude towards indigenous cultures and numerous injustices committed to establish and defend imperial dominance.

This is why the European imperialism proved unacceptable for the conquered peoples, which led to dismantling of imperial system by the 1960s. It must be noted, however, that in their fight against European imperialism, leaders of local liberation movements relied on those liberal ideas which they adopted from Europeans. Equality of all people, ideals of national freedom (in other words, nationalism), unacceptability of oppression and exploitation – all these are the ideas that developed within the European liberalism and introduced by European nations into their colonies. Thus, while in the history of European liberalism the liberal ideas were sometimes used to justify traditional imperial projects, at the end of the day imperial projects proved incompatible with the liberal values. The very essence of liberal values cannot tolerate the spread of these values by force. That is why the imperialism, as a doctrine of conquest of weaker nations, is flatly rejected today wherever the liberal worldview dominates.

If this is the case, let’s ask a question: how can the widespread recognition of liberal ideas and institutions in the modern world be explained?Why is it much more influential than any other worldview (for instance, communism, radical Islam, etc.)?

Clearly, we may say that liberal values: liberty, equality, rule of law, etc., are attractive to many people. However, opponents of liberalism (for instance, communists or supporters of the global caliphate) may not agree with this:they are attracted by other ideas. However, it is difficult to deny the fact that a political and economic order which is based on liberal principles provides people with better life than any other political system. No one has proposed any better alternative so far.

As has been already noted, liberal ideas and corresponding political institutions were first formed in the West (more specifically, in north-western Europe and North America). It is precisely owing to that that this geographic area saw a tremendous advancement as compared to other parts of the world. While the life in the 16th century Europe was not better than the life, say, in China, India, or the Ottoman Empire, by the 19th century the European civilization was much more advanced than the rest of the world in terms of political, military, economic and cultural development as well as living standards of ordinary people. This success resulted from the implementation of liberal values (with higher or lower quality, to be sure): giving freedom to individual’s creative potential, reining in the arbitrariness of government with the requirements of rule of law, consistent protection of private property, etc.

The basic inclination of a human being is to live better. Life is better in the countries with liberal democracy.That is why this model of liberal political and economic institutions, though first established in a smaller part of the planet – Western Europe and North America, gradually became the example to follow for the entire world and numerous countries tried to adjust it to their own history and traditions. This is not a simple task and therefore, some countries succeeded in it whereas others did not. Populations of those countries with institutions contradicting liberal principles still make their choices, but individually: they apply every means, including illegal ones and sometimes even risking their lives, to get to the countries with liberal regime. In any case, both countries and individuals choose liberal institutions because they want a better life.

In contrast to utopian ideologies, liberalism does not seek to create a model of life that is perfect and ideally just. This worldview is based on the nature of human beings and human beings are not perfect; that is why any social and political order will always be imperfect too. But we can always try to have something better than we already have. The power of liberal institutions is in that it gives the highest degree of freedom to people’s aspirations.

Source of the myth:

Levan Vasadze, businessman:”If it continues like this, Georgia will be swept away by this aggressive religion named Western liberalism which destroys the human being.” (Imedi, Reaktsia, 13 February 2015).

Levan Vasadze, businessman:„The world lives in the age of unprecedented organized attack by the Western liberalism, globalism and radicalism against traditional, human values and dignity. Under the cover of the false flag of “human rights” it tries to impose its subversive doctrines on such traditional societies as yours. Protect your unique culture, traditions and values. Otherwise, your country will face a greater threat than the dismantling of “greatest pillars of human happiness” – religion and morality, which is happening under the name of progress and globalization. Show courage and patriotism and God will reward you for your actions! (Ambebi.ge,25 May 2015).