The Myth that Europe Opposes the Orthodox Christianity is Misleading 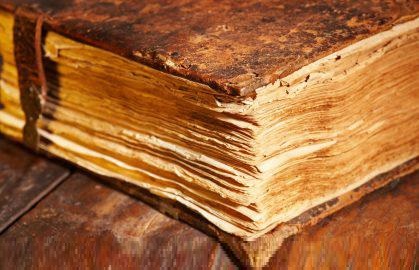 The Constitutional Agreement between the Georgian state
and the Apostolic Autocephalous Orthodox Church of Georgia,
Preamble, 14 October 2002.

The Orthodox Church and the West

There is no mention of, for example, the East, the South or the Northanywhere in the Agreement, but only of Europe, i.e. the West. What does this mean? This primarily means that the Constitutional Agreement and hence, the Georgian Patriarchate see the Orthodox Christianity as a European religion, part of European culture, the Western civilization.

Does this also mean that the Georgian Church, under the Constitutional Agreement, should recognize the Western values, i.e. those universal values and fundamental principles on which the modern Europe rests – the human rights and freedoms, political system of liberal democracy, pluralism and equality?

To answer this question let’s consult the Constitutional Agreementagain which states that the Church, along with the canon law, conducts its activity on the basis of Constitution and by observing the independence of the state from the Church; in other words, the Church cannot oppose,for example, the principles of freedom of religion, equality, liberal-democratic state system and separation of the Church from the state.

In addition to the above said we must also understand those cultural-historic characteristics that make the Orthodox Christianity a traditional European denomination.

Until the 11th century, oikoumene (ecumene), or Christendom, or the world of Christianity, represented the One, Holy,Catholic and Apostolic Church which was scattered around the world in the form of its patriarchates. The Pope of Rome, the Patriarch of Constantinople and the Catholicos of Georgia were all hierarchs of one Orthodox Catholic Church.

Consequently, all what was called the Western Church, the European Christian culture and theologybefore the rift occurred between the churches of Rome and Constantinople, represented and represents,in terms of its form or content, an integral part and fruit of the globalOrthodoxy, or to put it in other words, the globalCatholic Church.

Western saints and theologians, church architecture, painting or liturgical culture of that period of unity are all part of Orthodox Church, the so-called Eastern Orthodoxy, and vice versa. One can boldly say that the Orthodox Church may rememberAugustine of Hippo or Saint Valentinein its prayers muchlike the Church of Rome may offer prayers to Saint Nino and GrigolKhandzteli.

Apart from historic roots it is also worth noting that the majority of those countrieswhere the Orthodox Christianity is the dominant religion are either members of the democratic European family today or are striving,like Ukraine, Moldova and Georgia, to join the European Union. It is obvious that the belonging to Europe and the Orthodox tradition are the factors determining the identity of these countries.

Regardless of difference in opinions around the European Union, in assessing it,the majority of Western Orthodox hierarchs share, at the end of the day, the position of the world patriarch Ecumenical Patriarch Bartholomew I of Constantinople. According to him, the European Union has gone through several periods of serious crisis; idealistic opinions of its founders have also undergone corrections and some things were rejected, but this must not overshadow its significant achievements. Over the past 60 years, Bartholomew I continues, Europe has not been rocked by large-scale wars and this is, perhaps, the longest period of peace in Europe since the fall of the Roman Empire;violence and bloodshed are minimal as compared with the rest of the world… European people enjoy such degree of freedom, justice and democracy that one could have hardly imagined in the 1930s. As Bartholomew I says, for Orthodox Christians who pray for peace at every Divine Liturgy, this is a serious reason to welcome such steps with gratitude. At the same time, however, there is no ground for complacency aspeace and freedom issomething that cannot onlybe seen as the blessing of god but something that is a long term objective of life.

Consequently, a question posed by Orthodox Christians as to whether Europe is a threat may well be regarded as an oxymoron. In reality, the Orthodoxy faces challenges and gravest problems not from Europe but from those countries in which the Church has always been used for political ends, much like it happens in Russia and often in Georgia too; and the life and rights of Orthodox citizens are endangered in countries in which ideology-driven authoritative and  totalitarian regimes are established.

Moreover, one may say that the preservation of the Orthodox theological tradition in the 20th and 21st centuries can largely be credited to the support of European countries and the United States of America. In the 1920s, the West sheltered theologians and Christian thinkers persecuted by Russia as a result of communist revolution, sheltered and defended churches against the threat of total annihilation by the communist Russia and socialist regimes installed in the Eastern European countries.

This explains the fact that in the Soviet and post-Soviet historyneither Russian nor Georgian Orthodox Church had great preachers, great theologians, great clericsexcept for Alexander Men, while Alexander Schmemann, Anthony of Sourozh, Maria Skobtsova, Nikolai Berdyaev, GrigolPeradze, ElieMeliawere those people who as Western thinkers demonstrated to the entire world what it means to be an Orthodox servant, a martyr, a theologian or a philosopher here and now.

It is owing to the Western liberal democracy and pluralism and in general, the open, tolerant Western political system that academic spaces for free reasoning and education were created for the Orthodoxy. Universities in Paris, Rome, Oxford, Cambridge, New York, Athens, Germany were and arethe places where renowned theologians such as Georges Florovsky,NikolayGrigoryevichAfanasiev, John Meyendorff, Olivier Clément,Kallistos Ware, John Berry, John Erickson, JaroslavPelikan, John Zizioulas and othersworked and continue to work.

Owing to their efforts, modern people have come to understand what the Orthodoxy means; have come to realize that the Orthodoxy,thanks to its universalism, is an integral part of a common living Christian space. It has become clear that it is not a Greek religion, a museum exhibit or an anti-Western doctrine about, for example, a messianic role of the third Rome and Russia, but the unique way of personal development and salvation of a human being.

It is exactly this significant feature of “Western” Orthodoxy that Nikola Crnokrak, Serb Rector of the St. Sergius Orthodox Theological Institute in Paris, has emphasized. In Belgrade, he said, I had an impressions that my teachers were defending god from someone. Moreover, the discourse in Belgrade was dogmatic. Such an approach was depriving me of oxygen. Having arrived in Paris I met people who were reconciled to god and whose discourse was based on the experience of living in god.

As regards Georgia’s historical and religious experience with Europe, it must be said that the Georgian Orthodox Church as well as Georgian kings were indifferent to the fact of the rift between Constantinople and Rome. They viewed the Church of Pope as the religious and political center of the West and always tried to come close to it and secure its backing.

The closest friends of George the Hagiorite on the Mount Athos were Latin brethren.In observing the Christian teaching, George the Hagiorite gave preference to Roman Church over the Eastern churches. Crusaders participated in the Battle of Didgori whilst Georgian warriors joined Crusades. Georgian Orthodox monks serving in Jerusalem used to remember their Catholic brethren in their prayers for centuries, even after the rift occurred between the churches. Georgian kings referred to the Bishop of Rome as to their spiritual fathers, seeking blessing from him and supporting activities of Catholics in Georgia.

In reality, the main cause of estrangement between Rome and Georgia was the Russian influence that strengthened since the 17th century. The Russian Empire was unhappy about close relations of Georgian kings and Iberia with the Catholic Church and its mission. This, actually, prompted the Russian Emperor to abolish the autocephaly of the Georgian Church in 1811 and to subordinate it to the ober-prosecutor of Synod of Russia. It was from that time thatthe construction of Russian-tailored anti-Western stereotypes, clichés and attitudes, on the one hand, and the persecution of Catholics,on the other, began.

Nevertheless, from the second half of the 19th century, demandingthe restoration of autocephaly in Georgia,the Georgian Orthodox clergy directed their gaze towards the West again. Even more, in their demands put to the Russian Empire,autocephalistsshared ideas and principles of Western liberal nationalism as they sought: 1. the total independence of the church; 2. the election of Catholicos by episcopes and the entire nation; 3. the election of all religious ranks; 4. school and education reform, the establishment of national schools, the establishment of a faculty of theology in higher educational institutions; 6. granting all those civil rights to religious servantsthat did not run counter to the idea of the church; 7. freeing the church from it been serving political aims as well as public officials.

It is telling that in 1917, after the restoration of autocephaly, one of first steps CatholicosPatriarch KirionSadzaglishvili undertook was to sendfriendly epistles to the Pope of Rome and the Archbishop of Canterbury to inform them about the Georgian Church returning to the fold of large Cristian family.

In that period a close cooperation began with Catholic as well as Protestant scientific and educational centers. This cooperation brought about a phenomenal result in the face of Grigol Peradze’s activity. All his life, his researches and sermons represent a unique summary of a Georgian Orthodox monk, on the one hand, and European scientist and pedagogue, on the other hand.

At a congress of union held in Vienna in 1927, Grigol Peradzeexpressed the position of the Georgian Orthodox Church: “On their ways of development the Churches became too alienated from each other and only their rapprochement may bear fruit… The Western culture cannot be influenced and renewed without the Eastern Orthodoxy and vice versa, the Eastern religion cannot be revived without the assistance from the Church of Rome.”

In the West, manifestations of Orthodox Christianity meet no hindrance whatsoever; the rights of Orthodox Christians are protected there. The Georgian Orthodox Church in European countries and the United Statescongregates today in Catholic and Protestant churches that are generously allocated to them to hold religious service. The Georgian Patriarchate, just like almost every Orthodox autocephaly, hasits eparchies and congregations in Italy, Germany, Austria, Belgium, the Netherlands, Switzerland, Great Britain, the USA and other countries. In this endeavor, the Orthodox Christians enjoysupport fromWestern Christians – those very Christians whose historic churches located in Georgia have been unlawfully misappropriated by the majority, those very Christians who are often branded as “infidels” and “sectarians,” humiliated and marginalized in Georgia.