The Myth, that Adoption of ID Cards is an Obligation under the Association Agreement, is Misleading 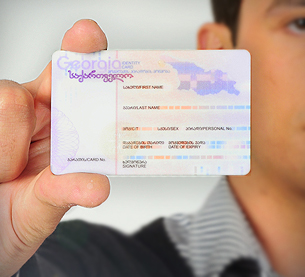 The statements that adoption of ID cards is related to the Association Agreement and is required by the European Union are not correct. Moreover, in some of the EU countries, ID cards are not used at all.

Some countries oblige citizens to have identification documents (for example Germany, Netherlands and so on.) However there are counties where such obligation does not exist (USA, UK, Ireland, Switzerland, Austria and others) and in such countries the passports (in UK- not biometrical passport), driving license, insurance card, etc. play the same role as ID cards.

In 2004 EC Council adopted the Resolution N 2251/2004 which provides for inclusion of biometrical data in passports and travel documents (and not in ID cards which are issued to the citizens of the member countries). This Resolution applies only to passports and travel documents and does not apply to personal identification documents. The Resolution applies across EU, except the following states: Denmark, Ireland and UK. The Resolution is also in force in EU associate member countries, including Switzerland, Lichtenstein, Norway and Iceland.

According to the action plan for visa regime liberalization, Georgia has indeed an obligation to adopt biometrical passports; however such obligation does not apply to ID cards. The paragraph 2.1 of the Visa Liberalization Action Plan of EU- Georgia Visa Dialogue provided for “Consolidation of the legal and institutional framework ensuring the integrity and security of the civil status and civil registration process, including the registration of all Georgian citizens in a unified and secure electronic population registry, with adequate safeguards as far as highest data protection standards are concerned”. Further “Consolidation of legal and institutional framework for the issuing of machine readable biometric passports in full compliance with highest ICAO standards …”

The discussions in EU related to ID cards concerns protection of personal information, the obligation of which referred in the Association Agreement as well. Exactly for this purpose a position of personal data protection inspector was adopted in Georgia.

However, the discussions in Georgia regarding the negative effects of ID cards usually do not involve the above mentioned legitimate issues, the institutional protection mechanism of which is already established, but rather discussion involves some different mystical and prejudicial issues. Part of the population is against the ID cards because they think ID cards include Devil’s code – 666.

Number of priests has made connections between the ID cards and eschatology of the Christian faith and in such way perception of ID cards as Devil’s seal was created. Such position is not shared by the Orthodox Church of Georgia. Under the Order of Holy Synod dated 5 July 2012 it is provided: “The ID Cards in their present version are not antichrist seals and therefore may be used”.

ID cards have many advantages over the older documents. It is a document protected from forgery, which enable identification of person over the internet. Further, ID cards enable to provide digital signature on documents and such signature under the current law has legal force. ID cards have two electronic carriers: contact and non-contact carrier. The former contains personal data, while the second is used for various services. All other cards, issued by the government or private sector can be integrated on the ID card and therefore the holder can use only one universal card. The ID card enables to save time, make transaction from home and receive fast services from state as well as from private companies.