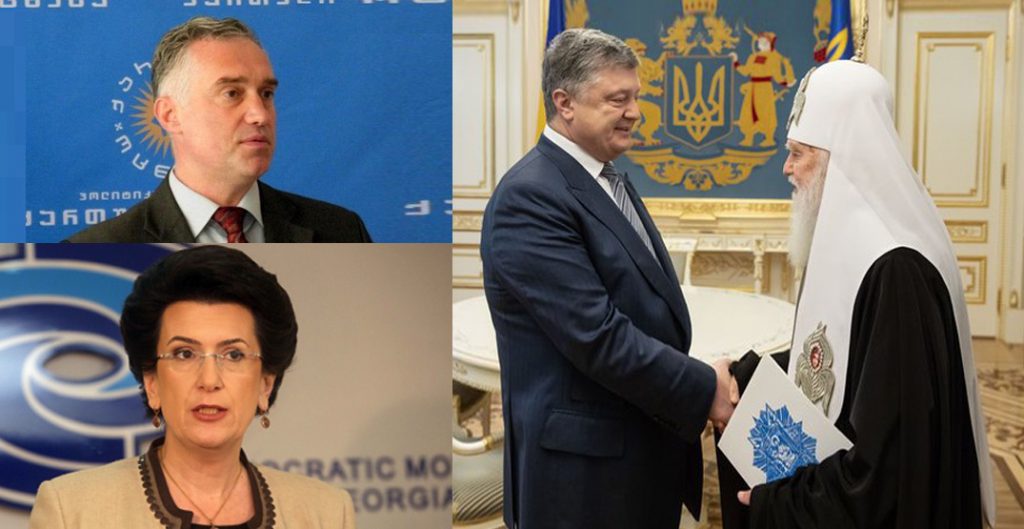 Zviad Dzidziguri, the representative of the ruling party and the vice-speaker of the parliament of Georgia develops the narrative of Nino Burjanadze, the leader of the pro-Russian party “Democratic Movement-United Georgia”, regarding then newly granted autocephaly of the Ukrainian Church. Like Nino Burjanadze, Zviad Dzidziguri also tries to demonstrate that recognition of the autocephaly of Ukraine by Georgia can cause threat to Georgia and therefore, is not advisable. Specifically, on January 16, Zviad Dzidziguri, in the comment posted on the website of Georgian public broadcaster, mentions, that

1. Recognition of the independence of the Abkhazian Church by the Russian Patriarchate will be noncanonical, as only the Constantinople Patriarchate has the prerogative to grant autocephaly.

Recognition of the independence of the Abkhazian Church by the Russian Patriarchate will be noncanonical. Only the Constantinople Patriarchate has the prerogative to grant autocephaly. Having statehood represents one of the criterias for granting autocephaly and Abkhazia is the integral part of Georgia,temporarily occupied by Russia.

2. The recognition of independence of the Church of Abkhazia by Russia can be only a formality. The Abkhazian eparchy has been ruled by the Russian Patriarchate for years.

The Moscow Patriarchate has been openly interfering in the work of Bichvinta and Tskhum-Abkhazia Eparchy and even rules it for years.

See more information on t  Autocephaly of the Ukrainian Church in Myth Detector`s material :
Russian Patriarch does not recognize Ilia II as a Metropolitan Bishop of Bichvinta and Tskhum-Abkhazia