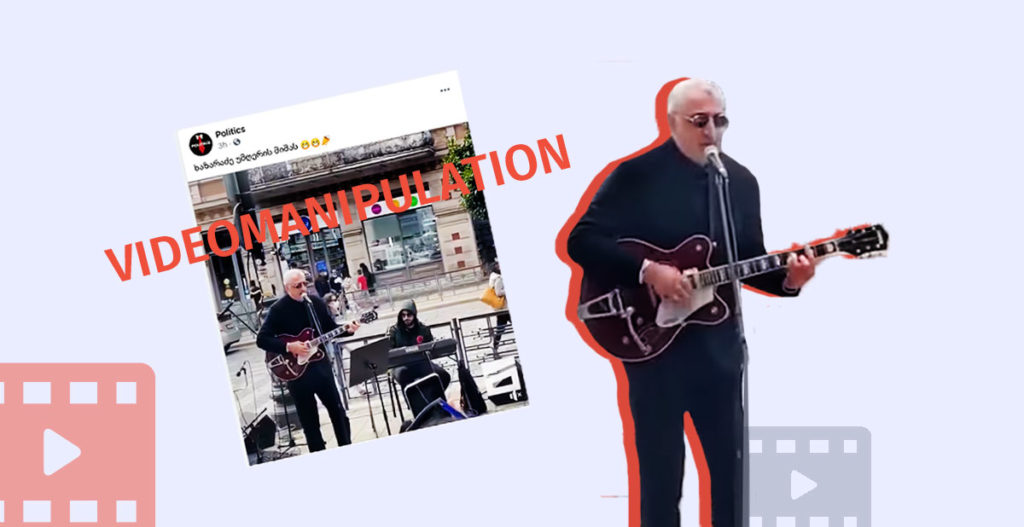 On September 25th, the Facebook page “Politics” published a video where the leader of the “Lelo” party, Mamuka Khazaradze, allegedly sings the song “Misha Magaria! [Misha is cool]. Accompanied by the logo of “Mtavari Arkhi,” the video appears with the following description: “Khazaradze sings to Misha.” 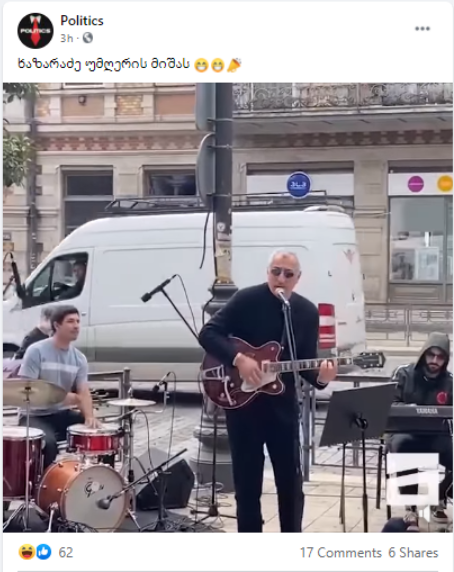 The post by Politics represents video manipulation. The video is taken from the Facebook page of “Mtavari Arkhi,” in which Khazaradze sings not “Misha Magaria” but a Georgian song called: “Bedis Varskvlavi Mighimis.” [The Star of Destiny is Smiling to Me] On September 25th, Mamuka Khazaradze performed several songs on Marjanishvili Avenue, but “Misha Magaria” was not among them. The dissemination of the post in the pre-election campaign context aims to link “Lelo” with former President Mikheil Saakashvili. The fact that the post is sponsored also indicates the same.

On September 25th, as part of the pre-election campaign, Mamuka Khazaradze, the leader of the “Lelo” party, performed several songs with the band in front of the Marjanishvili metro station. The event was covered by various media and shared by Facebook users. In the video posted on the Facebook page of the “Mtavari Arkhi,” Khazaradze sings “The star of destiny is Smiling to Me,” while in the videos shared by “Formula” and “TV Pirveli,” he sings the song “Dro” [Time]. 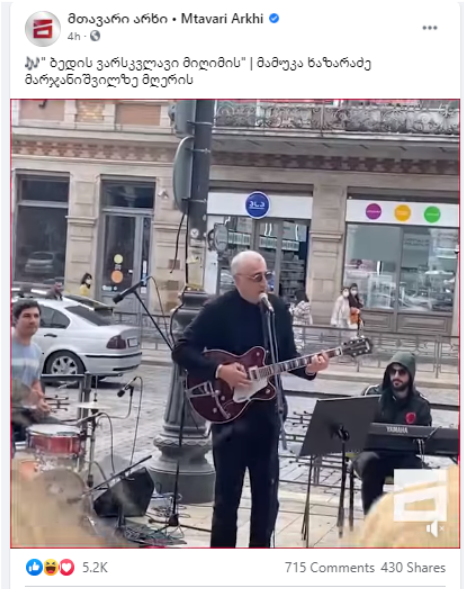 The Facebook page “Politics” selected the video footage of „Mtavari Arkhi” and replaced the sound with the old election clip “Misha Magaria,” which was devoted to the leader of the United National Movement, Mikheil Saakashvili. Thus, the video by Politics is manipulative, as “Misha Magaria” was never among the songs performed by Khazaradze on Marjanishvili Avenue. 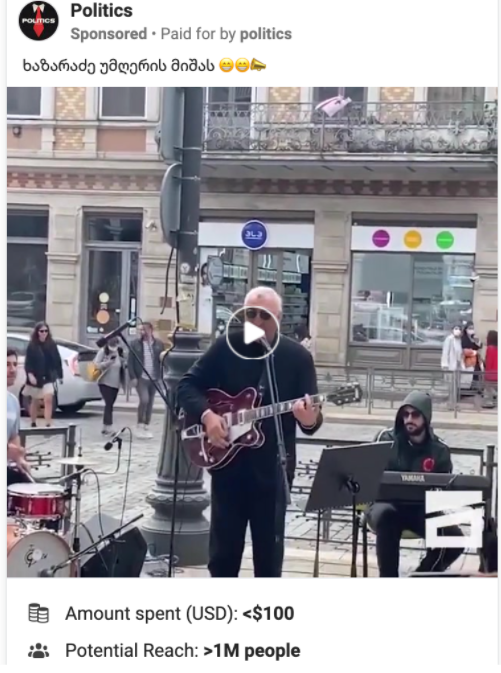 Some users perceived the video as a joke, while others considered it real and wrote insulting comments directed at Mamuka Khazaradze.

The page “Politics” was created on July 29th, 2021, before the elections and has 1202 likes. The page primarily publishes discrediting posts of opposition parties, especially the United National Movement and Mikheil Saakashvili, as well as former Prime Minister Giorgi Gakharia. 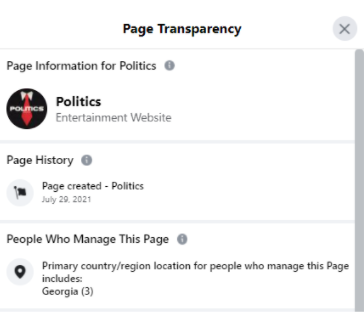 Most of the opposition discrediting posts are sponsored by the page. The page has paid USD 223 to sponsor the posts within the last 7 days. 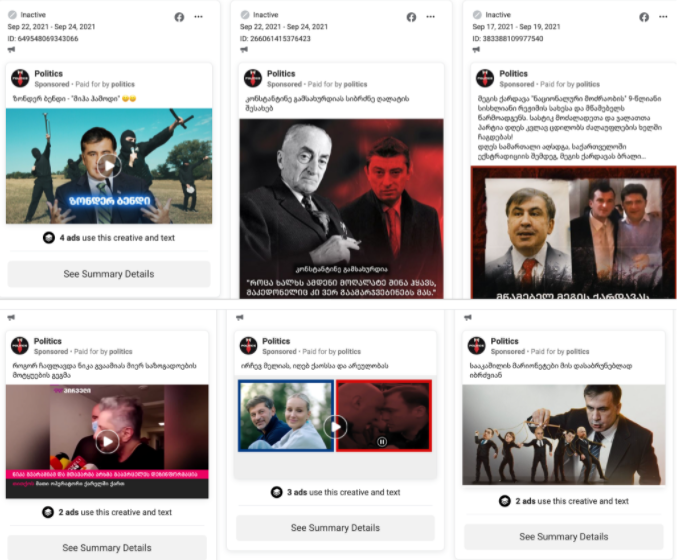 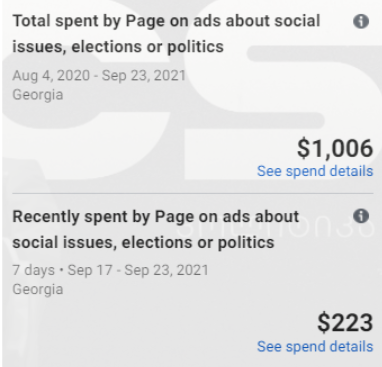