The Fictional Story, as if a Nanny was Trying to Eat a Three-Months-Old Infant 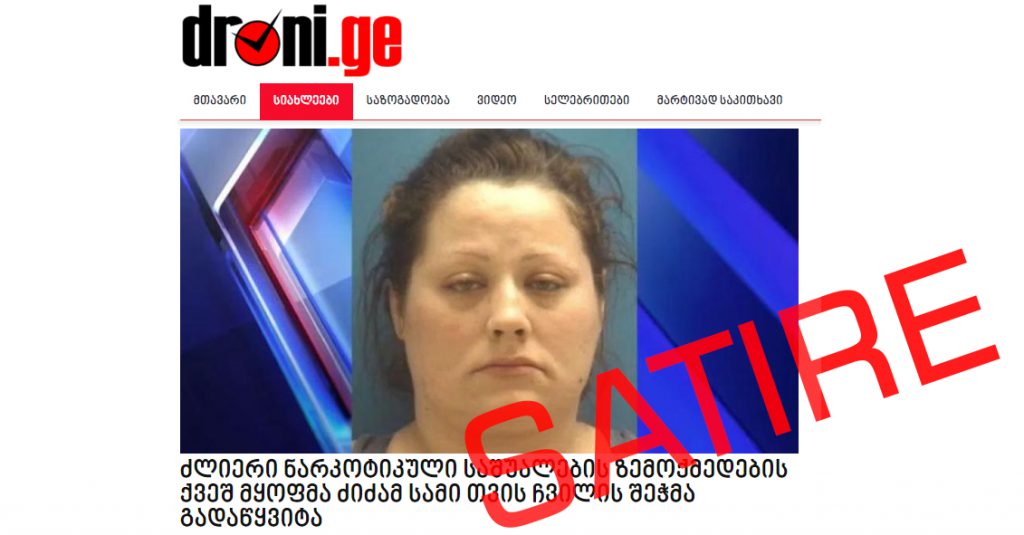 On February 21, 2019, Droni.ge website published an article titled “Nanny, Under Strong Influence of Drugs, Decided to Eat a 3-Month-Old Infant”. The article notes that 16-year-old Anna Krachyeva, from Missouri, put the infant in the microwave, planning to eat her later, all while being under strong influence of drugs and alcohol. Two other websites – worldnewss.ge and geonewss.com published the same information on the next day, February 22. The source cited by all three editions is the English-language website World News Daily Report.

The information about a babysitter attempting to eat an infant is not true. The World News Daily Report is a satirical edition which publishes fictional stories on its website. The Georgian publications did not specify that the information was satirical, which is misleading. Furthermore, the photo accompanying the article is not one of Anna Krachyeva, but a woman accused of domestic violence in 2016.

1. Source of the article is News World News Daily Report which is a satirical edition publishing fictional stories. 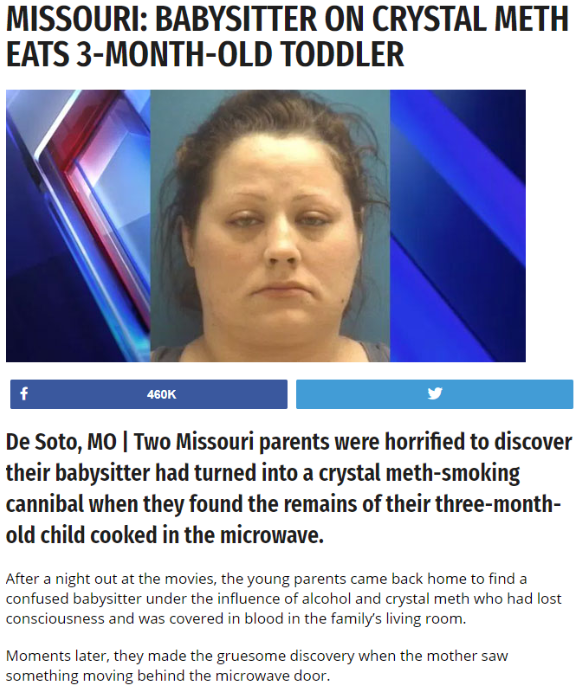 The section of the edition’s website which includes its mission, states the following: “The edition bears responsibility for all the satirical articles and their fictional content. All the characters in the articles published on our website, even if they are real people, are fictional and any similarity between them and any living or dead person is a real miracle.” 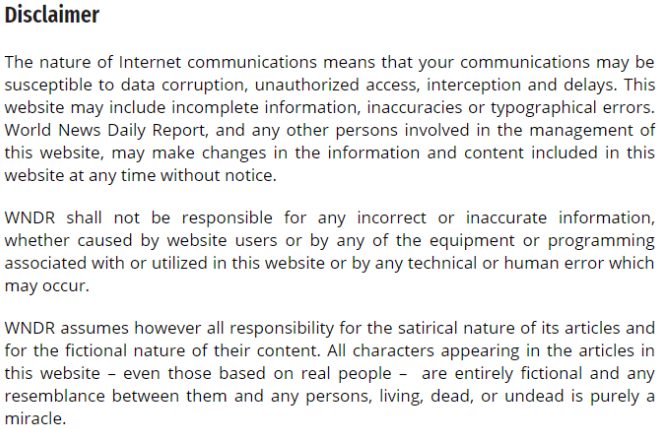 Russian tabloids published the story of a babysitter and the 3-month-old baby without any indications of it being a satirical story. After doing a research via Google search engine, the system has identified a number of Russian webpages that were spreading information about the nanny. 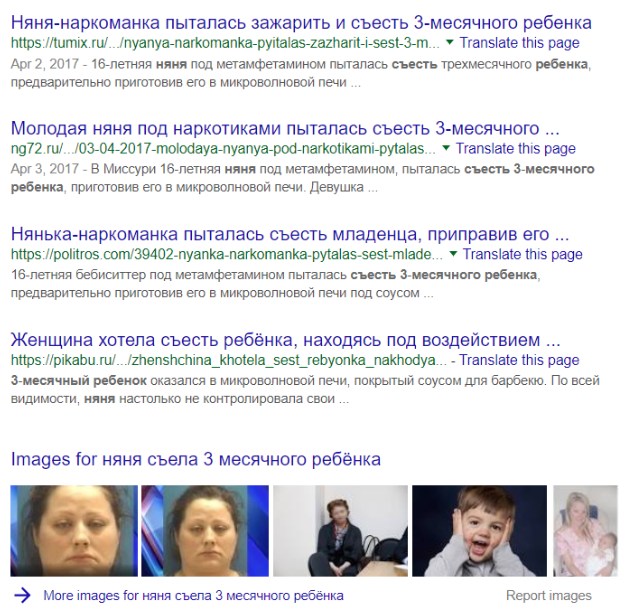 Showcasing the satirical-humorous fiction story as a real information

It is one of the propaganda techniques to showcase the satirical and humorous fiction news as real information. This is the method used by tabloid and propaganda editions to establish the viewpoint that occurrences such as bestiality and necrophilia are characteristics of normal lifestyle of Western societies.

“Myth Detector” has written about the fictional stories earlier, too. Early satirical information that different Georgian-language sources actually spread as a real news story were about the rape of alligators, mummies and wax figures. The St. Petersburg “Troll Factory” project “ФАН” invented a story about a migrant raping a goat.