The Falsification of History: Confrontation between Georgians and Abkhaz was led by ethnic Turk, Konstantin Ozgan; the Kremlin is innocent 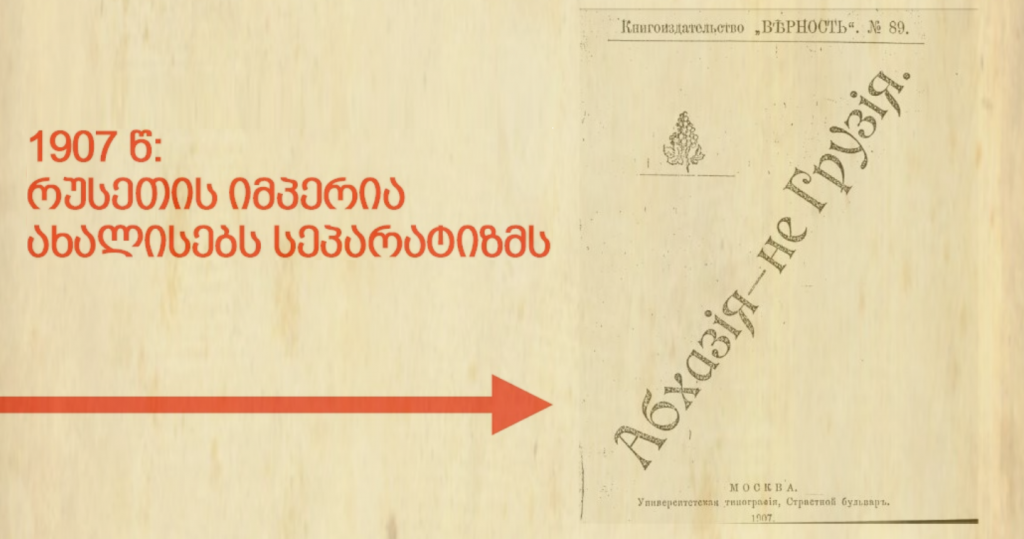 Georgian tabloid Asaval-Dasavali released in its October 30 – November 5 edition the interview with Georgian athlete, Roman Rurua, in which the latter discusses the issue of Abkhazia in Turkophobic and Islamophobic context and notes that alienation between Georgians and Abkhaz is linked to ethnic Turk, Konstantin Ozgan. Rurua claims that Ozgan fulfilled the instructions of Turkey and Muslim North Caucasians, who tried to gain access to the sea.

Roman Rurua, athlete: “He [Konstantin Ozgan] was famous for his anti-Western sentiments. Noteworthy that Konstantin Ozgan was neither Abkhaz, nor Russian. He was ethnic Turk. Does not it tell you anything?! Then Georgian security services should have dealt with Ozgan, but unfortunately they failed to do it. The Muslim world, namely the North Caucasus, which wanted to snatch Abkhazia away from Georgia, to create a confederation with it and gain access to the sea, is to be blamed for all kinds of misfortunes. That is why Chechens and other North Caucasian peoples were actively fighting in the Abkhazia war against Georgia. We thought then that they were fighting against us upon the Kremlin’s instructions, but we were wrong.”

Roman Rurua’s remarks contain false information and represent clear distortion of historical facts. Not a single fact confirms any political links between the Turkish state and Konstantin Ozgan. The latter was the head of Abkhaz separatist ideology, who had open political links with the Soviet Union.

Lie No. 1: Konstantin Ozgan was a Turk and he acted upon the instructions of Turkey.

Reality: In 1970-1990, Ozgan was actively involved in the political unrests in Abkhazia and held senior positions in Abkhaz Autonomous Soviet Socialist Republic and later in occupied Abkhazia. Ozgan was a Soviet Army major and has been awarded an Honorary Order.

Lie No. 2: The strife between Georgians and Abkhaz dates back to the 1960th and is associated with Konstantin Ozgan.

Reality: It was Russia that launched dissemination of anti-Georgian ideology in the 1900th. Stirring up anti-Georgian sentiments was not launched in the 1960th. It is linked to the policy of Russian Empire, on the one hand, and Stalin’s nationalistic policy, on the other.

Dissemination of anti-Georgian ideology by Russia dates back to the 1910th, before the Soviet Union was formed. The first such fact was observed in 1907, when a brochure titled “Abkhazia is not Georgia” by Voronov was published. It was followed by stirring up anti-Georgian sentiments by Russia. During the Soviet period, the Soviet Union used the so called Abkhaz issue as the lever against Georgian state independence. As soon as the Georgian society began its struggle for independence, Abkhaz separatism was the force that made this struggle inefficient and ultimately suppressed it, causing public or political confrontation inside the country.