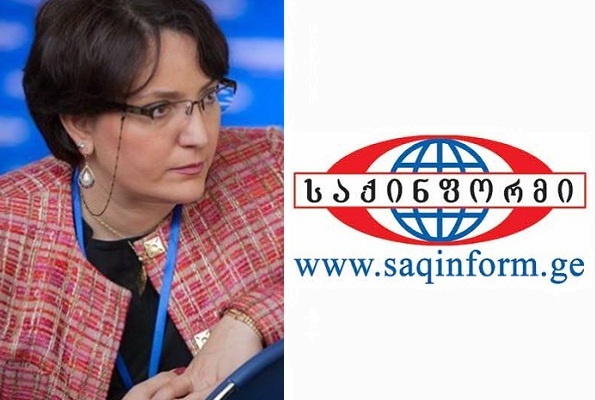 On June 29, internet portal Saqinform published incorrect claim that Minister of Defense Tina Khidasheli had called functioning of the NATO training centre in Georgia illegal. This news headlined “Scandal! Tina Khidasheli has recognized that the NATO training centre in Georgia is illegal”, is based on incorrect interpretation of the Minister’s words.

On June 27, Minister of Defense Tina Khidasheli said during a meeting with Georgian and foreign journalists that at the Warsaw summit the Georgian side expected official inclusion of the NATO-Georgia training centre in the NATO structure. This position of the Minister was published by the Ministry at its official Twitter account. 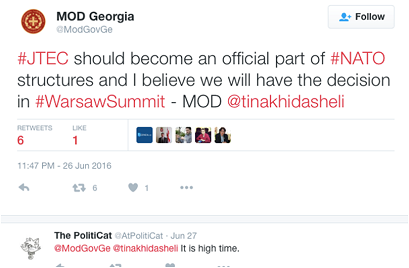 Because of the fact that Georgia at the present stage is not NATO member state, it is natural that the training centre won’t be part of the NATO official structure. This does not mean that functioning of this centre is illegal.

Launch of the centre is part of The Substantial NATO-Georgia Package (SNGP) adopted by NATO at the Wales summit. NATO-Georgia Joint Training and Evaluation Centre (JTEC) in Krtsanisi is functioning quite legally since August 27, 2015. During its opening the President, Prime-Minister, Minister of Defense of Georgia and Secretary General of NATO were present. JTEC presently functions under the Training and Military Education Command of the Georgian General Stuff. The future development of the centre envisions its technical improvement and inclusion in the NATO training system, which the Minister of Defense of Georgia hopes to achieve at the Warsaw summit.

The centre’s personnel consist of about 80 Georgian officers and other citizens. Officers from the NATO member states of Denmark, Lithuania, Latvia, Norway and U.S. are represented in the centre.

SNGP, adopted at the Wales summit on 4-5 September 2014, also envisioned establishment of the Defence Institution Building School (DIB School). NATO training centre functions absolutely legally and under the Ministry of Defense of Georgia. The next stage of the centre’s development is to be its inclusion in the NATO education system. Therefore, the claim that the NATO training centre in Georgia functions illegally constitutes disinformation.