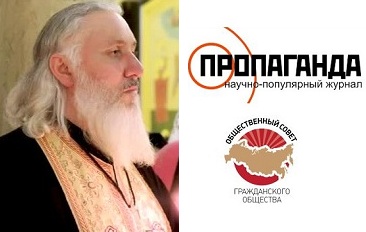 On August 10, 2016, the Law on Preventing Violence in Family, on Protecting and Helping Victims of Family Violence was amended. This law implies tools for removal of a minor from the family in case of violence or risk of violence upon social worker’s decision.

Part of society, including clerics, has been trying to present the amendments made in the law as a step against the family institute and has addressed the Parliament and the Cabinet of Ministers with an open letter, as well. A priest, Davit Isakadze, considered the legal bill in an anti-Western context. According to Isakadze, “deprivation of children” by social workers takes place in Europe and this is what is intended to be legalized in Georgia.

The position of clerics towards the law is identical with that of the Russian Orthodox Church. Analogously, the institute of social workers is presented in Russia by clerics as “an effort to absolutize child rights that destroys the purity and integrity of family.”

Russian media and part of the Georgian society consider the social worker institute to be imposed by the West. The Director of Georgia’s Demographic Society XXI, Zviad Tomaradze states that the Law on Prevention of Violence in Family is a demand of the West, while Russian editions (including the Пропаганда magazine) write that through the Juvenile Justice system, the West tries to subordinate nation states to its imperialistic center. A special importance in this narrative is given to the statement that the social worker can separate the child from the family also in the case, when the parent does not allow its child to attend the sex education class.

According to the Article 9 of the UN Convention on the Rights of the Child, separating a child from the family against their will is prohibited, except when competent authorities subject to judicial review determine, in accordance with applicable law and procedures, that such separation is necessary for the best interests of the child. In addition, the state should respect the child’s right of the child who is separated from one or both parents to maintain personal relations and direct contact with both parents on a regular basis, except if it is contrary to the child’s best interests.

According to the 2015 Council of Europe report – Social Services in Europe: Legislation and Practice of the Removal of Children from their Families in Council of Europe Member States, in most of the member states, removing children from the family is based on the decision made either by the social worker or the court. The decision on removal is made only in case of risk or imminent risk of suffering serious harm, in particular physical, sexual or psychological, or of being badly neglected by parents.

According to the Georgian legislation, the child removal is a last resort and is used only in case, when other, softer measures had no result or when it is evident that no other measures can ensure child protection and security. Moreover, in accordance with the child’s age and maturity, the child’s opinion on his further placement should be considered. The decision is made only after the social worker identifies the signs of violence, questions the victim and evaluates the risks of the child’s security. Police implements the decision to remove the child from the family.