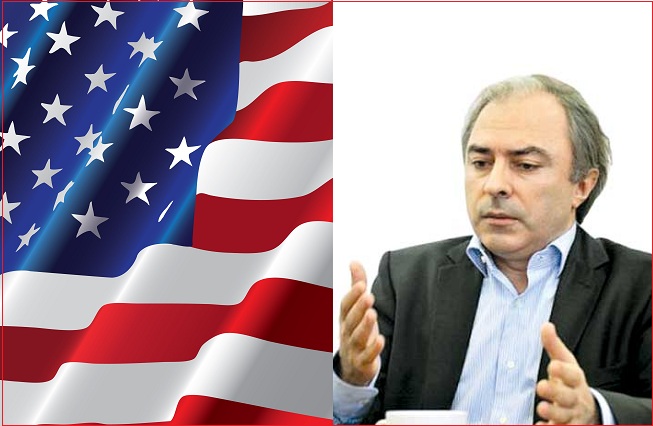 On June 21, 2016 political observer Alexander Chachia said in an interview with Asaval-Dasavali that Americans would not allow Georgia to get closer to the occupied territories and their populations, since that would go against the rhetoric of joining NATO, American bases and North Atlantic integrations.

The claim that America is against Georgia getting closer to the occupied territories and their populations is baseless. This is confirmed by the programs and activities conducted by the American government in Georgia.

American government finances projects that help public diplomacy with the residents of the occupied territories.

The Bureau of Population, Refugees, and Migration of the U.S. State Department, together with its foreign partners, is conducting worldwide vital humanitarian help programs and providing legal protection for refugees, IDPs, stateless persons and vulnerable migrants. The element of public diplomacy is part of the Bureau’s activities. (see more information on the website of the U.S. Embassy in Georgia). The Bureau of Population, Refugees, and Migration participates in the humanitarian issues group of the quarterly talks in Geneva. Also taking part in the Geneva talks format are representatives of the EU, UN and OSCE, participants from Georgia, Russian Federation, U.S., as well as members of the Sokhumi and Tskhinvali proxy regimes. Issues discussed in the working group include return of the refugees and IDPs to their homes, the right of getting education in the native language, protection of the cultural heritage, and free movement across the occupation line. As stated on the website of the Ministry of Foreign Affairs, Russian Federation neglects the rights of the refugees and IDPs, and constantly politicizes the issue of their right to return to their homes.

After the war of 2008, Bureau provided 35 mln dollars in support of the IDPs in Georgia, for their shelters and socio-economic help. Most of the money was provided for various help programs of the UNHCR.

In 2013-2014 the Bureau financed the following healthcare, agricultural and social projects:

In July 2016, USAID launched a 15-million dollar Growth project “Zrda”, the purpose of which is to improve economic conditions in the communities near the occupation line in Georgia, support of micro, small and medium businesses, deepening of market relationships between businessmen and clients, and strengthening of business contacts. The 5-year project will be implemented 70 communities located in five regions of Georgia (Shida Kartli, Kvemo Kartli, Samtskhe-Javakheti, Mtskheta-Mtianeti and Samegrelo-Zemo Svaneti) and create about 2000 jobs.

NATO recognizes and supports territorial integrity of Georgia, and its NATO aspirations.

In the Final Communiqué of the NATO Warsaw Summit that took place on 8-9 July 2016 it is highlighted that NATO supports territorial integrity, independence and sovereignty of Georgia (Article 24). Article 111 of the Communiqué says that in accordance with the decisions of the 2008 Bucharest Summit, NATO agrees that Georgia will become a member of NATO. Unwavering support of the Georgian territorial integrity and sovereignty by NATO is highlighted in Article 113 of the Communiqué:

“Allies reiterate their full support to the territorial integrity and sovereignty of Georgia within its internationally recognized borders.”

This same article also states that NATO calls on Russia to nullify its recognition of integral parts of Georgia – Abkhazia and Tskhinvali Region – as independent states, stop construction of barriers along the occupation line, and withdraw its military forces from Georgia.

“Allies do not recognize the so-called treaties signed between the Abkhazia region of Georgia and Russia in November 2014, and the South Ossetia region of Georgia and Russia in March 2015. These violate Georgia’s sovereignty and territorial integrity and blatantly contradict the principles of international law, OSCE principles and Russia’s international commitments.”

Alexander Chachia, political observer: “Americans will not allow our getting closer to the separated territories and peoples because that would make impossible the rhetoric about joining NATO, American bases and integration in the North Atlantic structures. Sakinform, June 21