The Claim that 80,000 Children in Finland were not Returned to their Parents by the State is Wrong 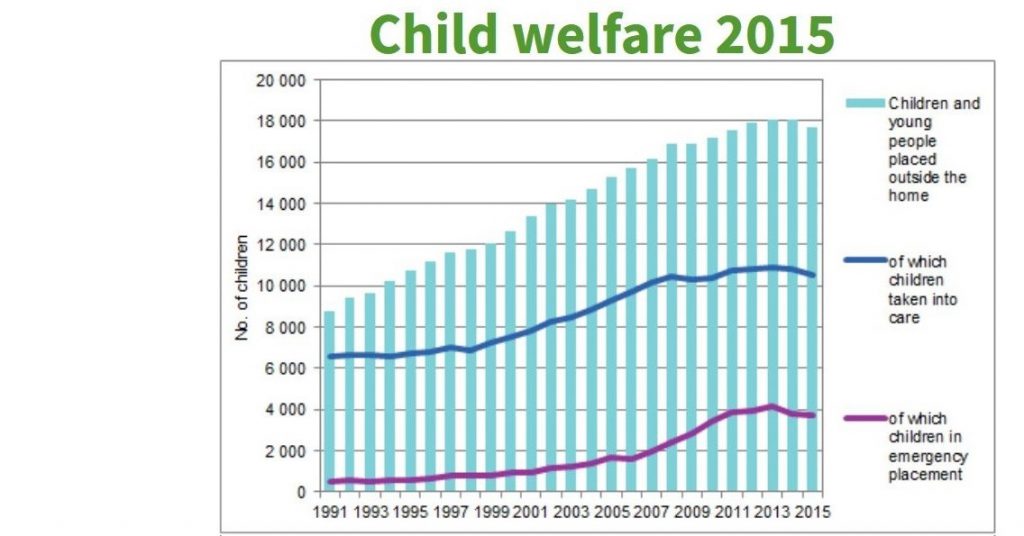 On July 21 the online edition “Saqartvelo da Msoflio” (Georgia and the World) published an article entitled “Global Medieval Era: Terrorism, Homosexuality, Paganism and Juvenile Justice“. The author of the article argues that most of the eighty thousand children under the control of the Finnish public guardianship authority have not been reinstated to their parents.

Nika Korinteli, journalist: “The social supervisory body of the juvenile system, which consists of social workers and psychologists, has the authority to take the child out of the parent’s care based solely upon their own decision, and the court appeal of this decision will require several years to process. For information: Eighty thousand children were placed under the supervision of the Finnish tutelage authority. Most of them have not been handed back to their parents.”

This assertion is false, as the statistics for the 2015 indicate that the admission of children and adolescents inside the system has diminished and such a measure has been necessary in only 17 664 of the cases.

Schedule of placing Children and Adolescents outside the household, taking under supervision or Emergency Placement (1991-2015).