The Chancellor’s Act – A Secret Document or a Conspiracy? 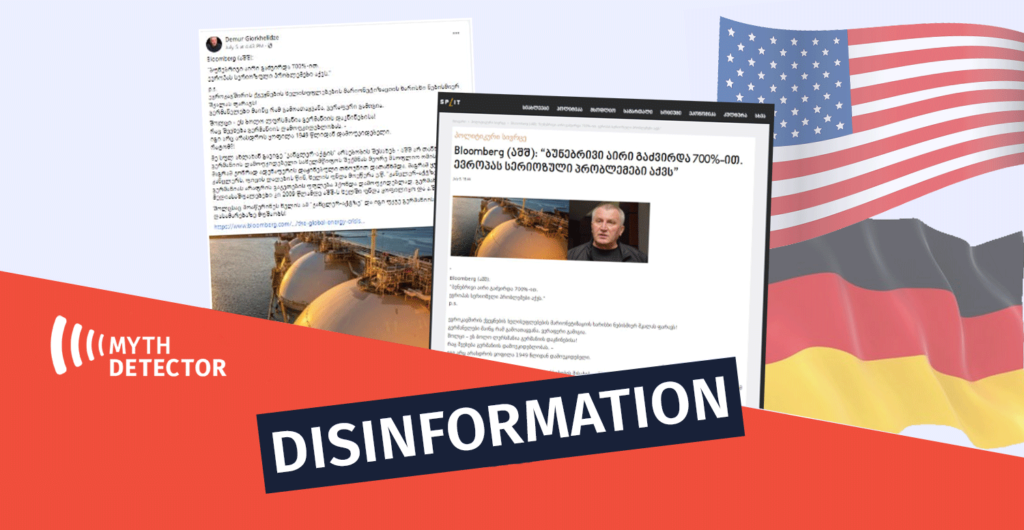 On July 5th, 2022, the former Georgian MP, Demur Giorkhelidze, published a post claiming that Germany was never independent because in 1949, it signed the so-called “Chancellor’s Act” with the US, according to which Germany had no right to pursue decision-making independently, and the German media had to be controlled by the US until 2099. According to Giorkhelidze, signing the act was mandatory for all German chancellors, including Olaf Scholz. On the same day, Giorkhelidze’s post was published unchanged by the online media outlet SpaceNews. 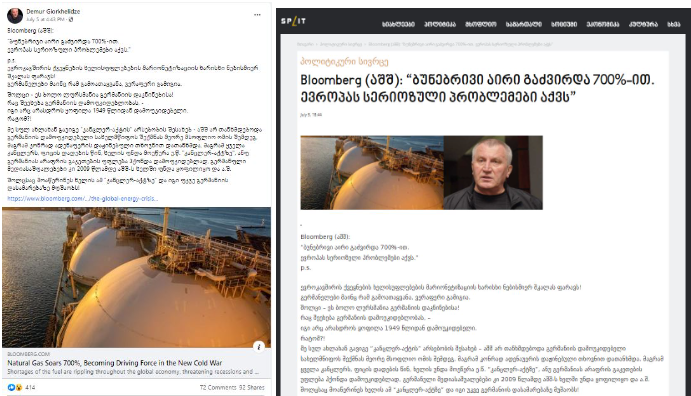 The so-called “Chancellor’s Act” is a conspiracy theory that has been circulating on Russian-language websites and media for years. The document allegedly proving the existence of such an agreement is fabricated.

Similar information about the existence of the so-called “Chancellor’s Act”, which was allegedly signed in 1949, restricting the authority of Germany and placing the German media under the control of the US until 2099, has been disseminated on many Russian websites in the past.

Since 2015, a Russian-language article has been circulating among Russian-language sources, which cites a “secret document” as evidence of the mentioned claim. According to the article, the secret “Chancellor’s Act” has not been made public yet, and information about it can only be found in other documents, such as the documents from the German Secret Service. According to the article, this document is dated May 21st, 1949 and lists the terms of the “Chancellor’s Act.” The document is signed by State Minister Rickermann. 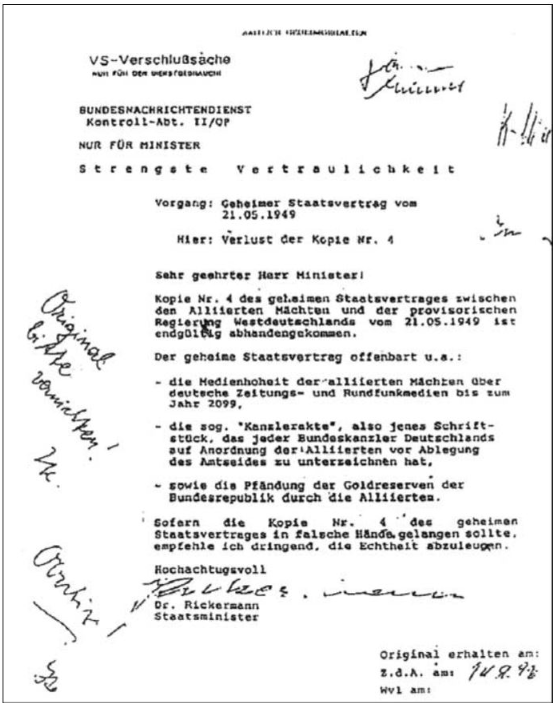 In 2022, after the launch of Russia’s military invasion of Ukraine, the mentioned document also appeared on German-language social networks claiming that the war against Russia was started by NATO, and German Chancellor Olaf Scholz was forced to agree to this on the basis of the “Chancellor’s Act”. This claim was verified by the German fact-checking organization Deutsche Presse-Agentur. According to DPA, in the mentioned document, which is cited as evidence of the existence of the “Chancellor’s Act”, there are many details that point to its falseness. DPA cites an analysis published on Hyopothesis.org that explains what details point to the document’s inauthenticity. Among them are omissions in the letterhead, privacy notice and text style from what was used in similar documents in Germany during this period. According to the analysis, the forger of the document wanted to present the letter as an external report from the Federal Intelligence Service to a higher branch of government, although the addressee is not specified.

Not to mention, State Minister Rickerman, who signs the letter, does not exist. In addition, the Federal Intelligence Service of Germany did not have a Minister of State, and this position was assumed not by the head of the intelligence service but by the parliamentary secretaries of the Chancellor and the Minister of Foreign Affairs. As mentioned in the analysis, the minister headed the secret service in the Ministry of State Security of the German Democratic Republic (Stasi), which may indicate the origin of the fake document.

Former Chancellor Angela Merkel was also asked about the alleged document. The information office of the German Parliament answered the question of whether Merkel had signed the “Chancellor’s Act,” stressing that the said “secret document” is a legend, that there is no such agreement and hence Merkel never signed it. 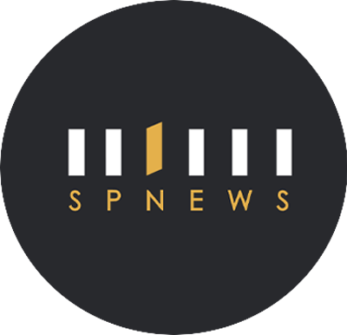