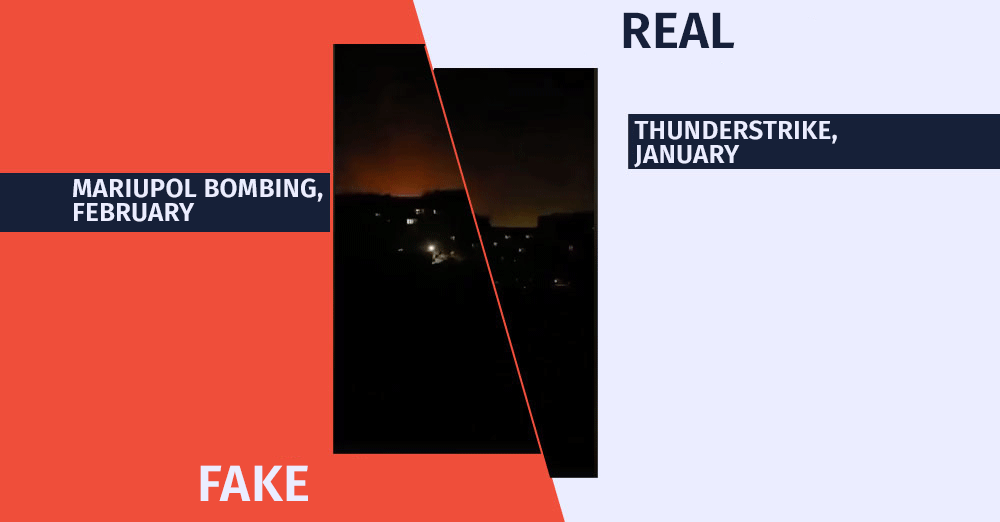 On February 24th, Facebook user Shota Apkhaidze published a post about the mass bombing of the Ukrainian city of Mariupol. Notably, the sound of an explosion can be heard in the video. According to the description, the city of Mariupol is being bombed en masse. 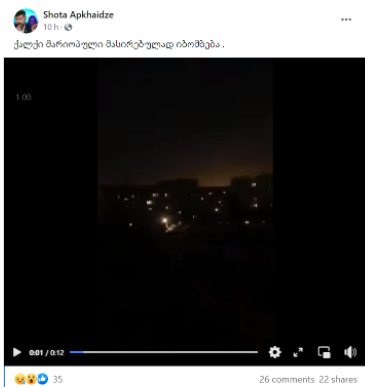 The video is being disseminated with a false description. In fact, the video was released on January 29th and, according to the description, instead of a large-scale bombing of Mariupol, it actually depicts a thunderstorm at a power plant.

The video was first published on January 29th, 2022, by the Tik-Tok user @kiryshkkanew. According to the description of the original video, the footage shows a lightning strike at the power plant. Indeed, in the video, one can first hear a strong sound, then a flash of large-scale lightning followed by massive light, which presumably indicates the explosion of a building. 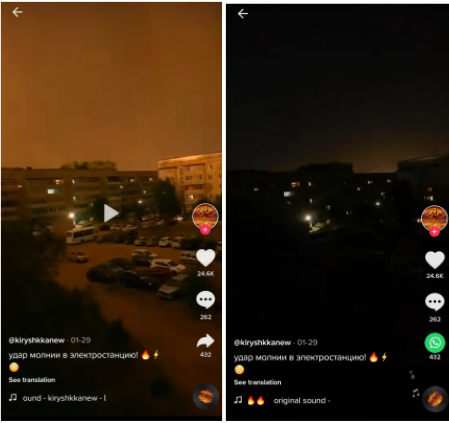 The aforementioned TikTok account shares videos of explosions on a regular basis. 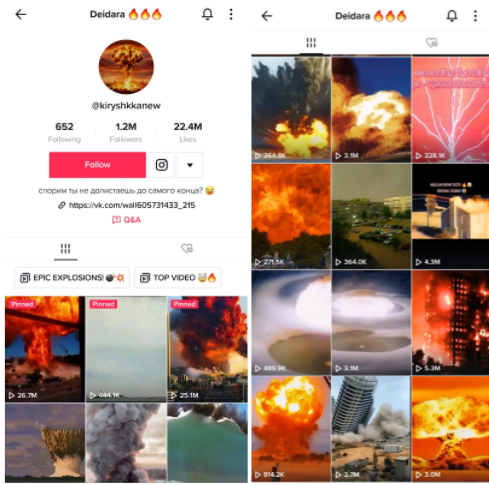 The video with the fake description was fact-checked by the Turkish analysts as well.

Notably, Russia has also initiated an aerial attack on the city of Mariupol after launching a large-scale attack on Ukraine.