TB24 disseminates a photo-fake and disinformation about Ukraine 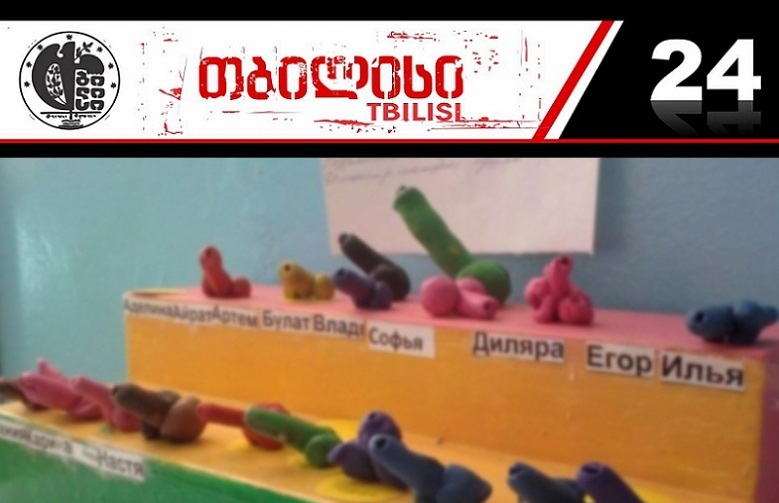 On February 26, an information agency TB24 published a photo titled Photo for the Mood – Children’s Present to Fathers for February 23. The caption of the photo indicates that children in one of Ukraine’s kindergartens were tasked to craft cannons for their dads due to February 23 (Defender of the Fatherland Day). The photo shows phallic shapes molded by the children that, according to TB24, caused outrage in social media and a demand to punish the teachers. The material published by TB24 indicates a Facebook page Смейся до слёз (Laugh to tears) as a source; it was uploaded on February 17, 2017 on the given Facebook page, however, the caption does not say anything about the photo being taken in one of the kindergartens in Ukraine, as TB24 claims.

After verifying the photo, Myth Detector revealed that it has been quite popular both among international and Russian web users since 2010 and was actively shared in 2011, 2013 and 2016. According to the majority of the web users, the story happened in one of the kindergartens in Naberezhnye Chelny, Republic of Tatarstan, Russia.

Therefore, the claim by TB24 that the photo shows the story that happened in one of the kindergartens in Ukraine is groundless and is a disinformation. News agency Ltd “Tbilisi 24” was recorded in the Public Registry on 26th March 2015. Its owners are GochaNachkebia (50%) and Maia Shaishmelashvili (50%). Nachkebia, who is also the director of “Tbilisi 24”, is additionally associated with one of the leaders of the “Centrists” Party, Vladimir Bedukadze. Both are “Public Monitoring Center” board members. Vladimer Bedukadze, the author of the well-known prison footages, was participating in the 2016 Parliamentary Elections from the electoral list of a political union – The Centrists. Pre-election ad, which was placed by The Centrists on air of the Public Broadcaster and which included promises about “Russian” pensions worth 400 GEL and legalizing Russian military bases, caused negative feedback of the public. Due to this fact, on August 14, the Public Broadcaster removed the pre-election ad from its air. On August 16, the Central Electoral Commission cancelled the electoral registration of The Centrists, as the authority of the person in charge and his chairmanship do not have legal force according to the data of the National Agency of Public Register.