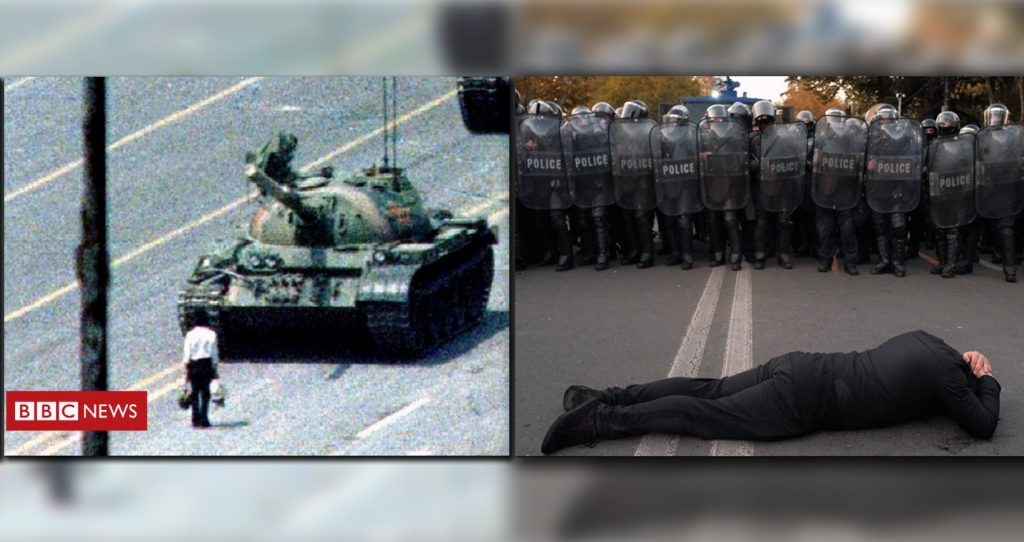 On June 5, 1989, the Chinese government violently dispersed the protests on Tiananmen Square, leaving thousands of victims. The man on the image is nicknamed “Tank Man,” as he stood in front of a tank following a violent crackdown. The tank maneuvered to pass by the man, but the latter repeatedly shifted his position in order to obstruct the tank’s attempted path around him. Internationally, it is considered one of the most iconic images of all time, but inside China, it is subject to heavy state censorship. 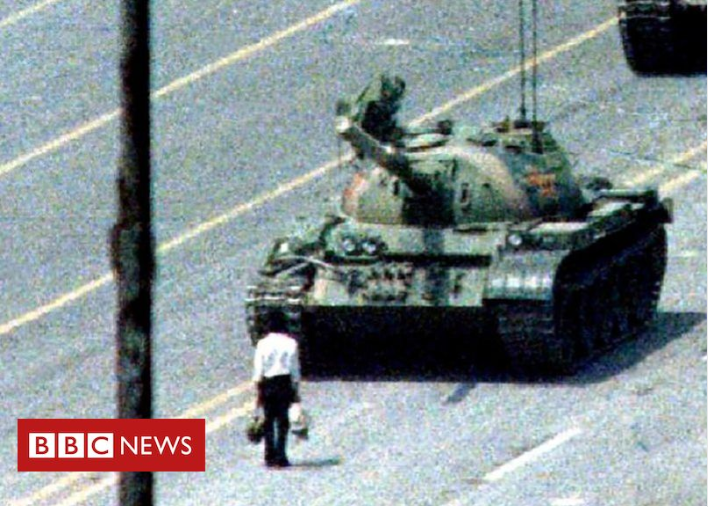 On November 18, 2019, riot police used water cannons to disperse peaceful protesters in Tbilisi, who were demanding holding of the 2020 parliamentary elections through the proportional electoral system. The peaceful protester, who lay down on the asphalt in front of riot police, failed to stop them. 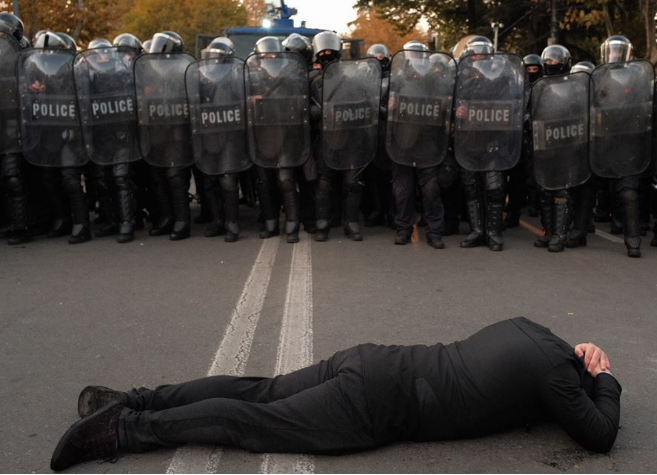 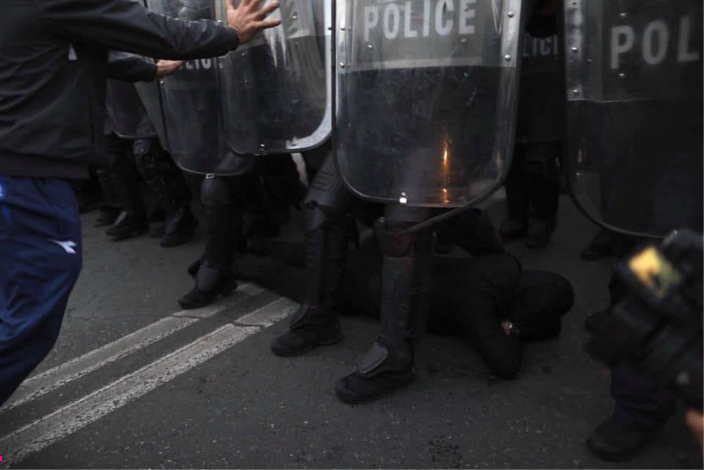