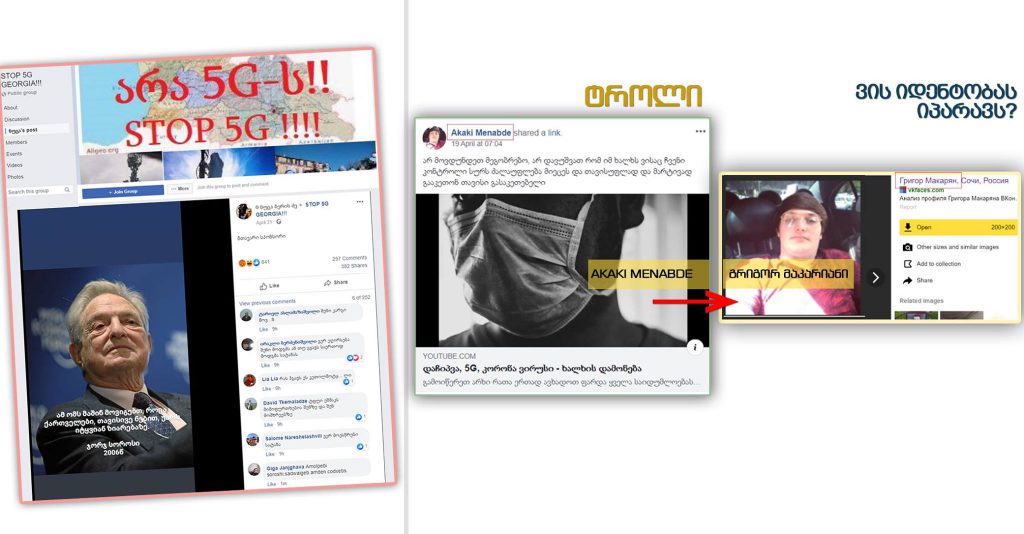 On April 21, Facebook user ნუცა ბერის ძე uploaded George Soros image in the group STOP 5G GEORGIA with a caption “We will win this war after Georgians reject Holy Communion on their own free will.” The author claims that Soros made this statement in 2006; the post, however, does not refer to any source; neither can any such quotation be searched through open sources. 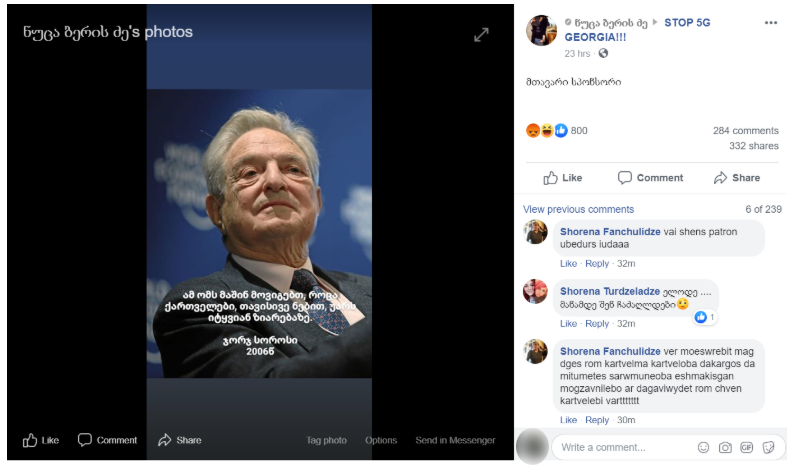 On April 17, Facebook user GI Ga uploaded another image of George Soros in the same group with a caption “We should make Georgians forget their own history in order to assimilate them with other nations so that nobody identifies them as Georgians.” The accuracy of this statement cannot be proved through open sources. Apparently, the quotation has been falsified and it is part of the discrediting campaign claiming that philanthropist George Soros is fighting against nationality, religion and traditions. 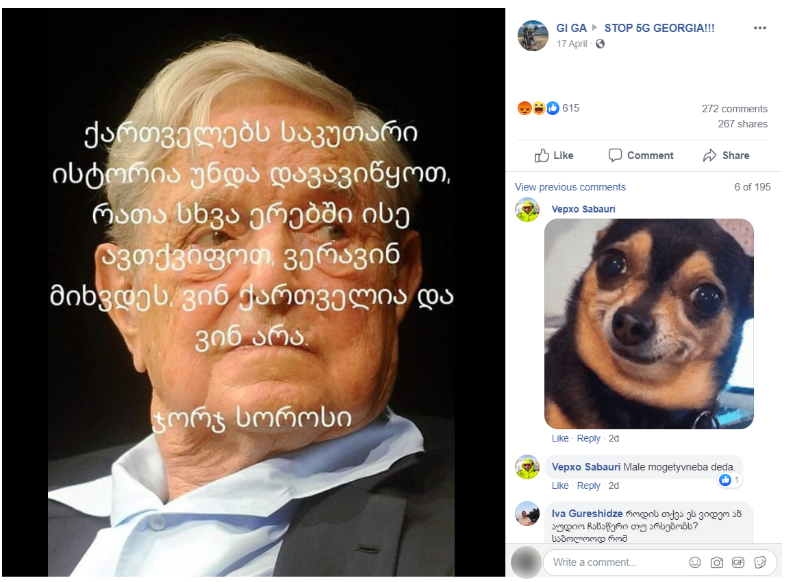 As of April 22, the group has 12,908 members. “STOP 5G GEORGIA!!!” has one admin ( Lasha Modebadze ) and eight moderators. The admin’s profile picture does not enable us to identify whether the profile is authentic. 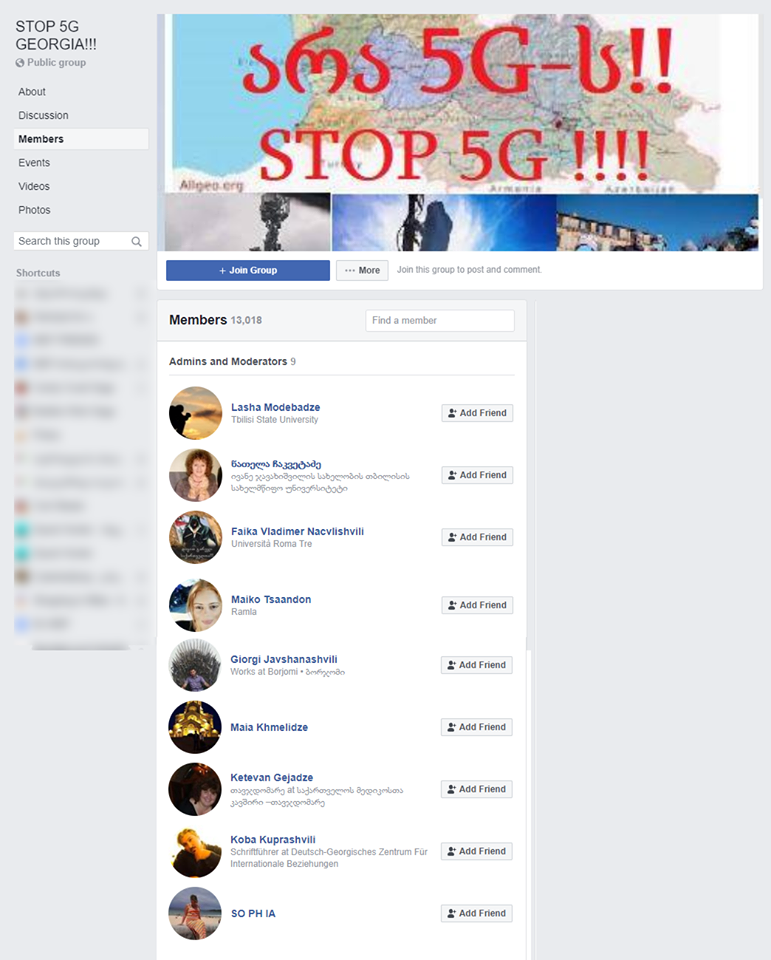 The group posts fake news, which are shared by authentic and fake accounts. For example, Akaki Menabde steals the photo of Grigol Makaryan, living in Sochi. 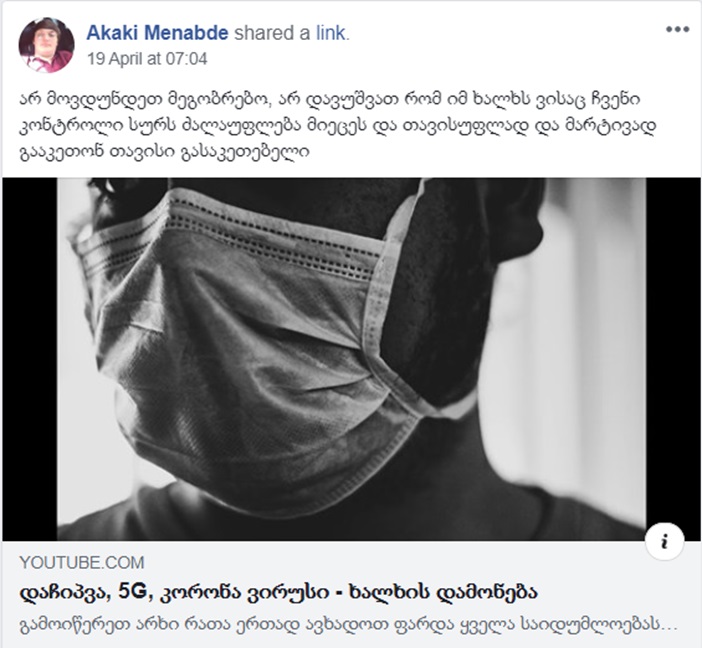 The group also shares the posts by Guram Kartvelishvili, writer for pro-Kremlin online edition “Georgia and World,” as well as various posts with Russian conspiratorial content. 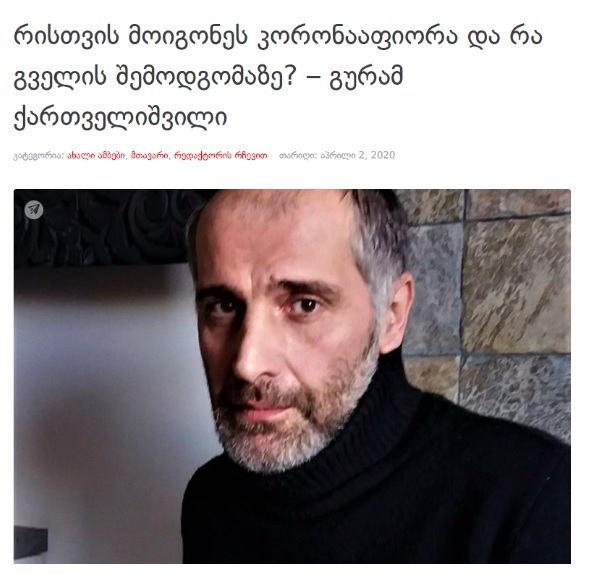 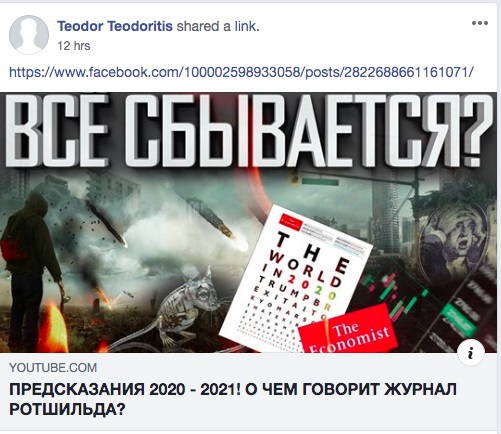 The first assumptions about the links between COVID-19 and 5G emerged in the second half of January. The conspiracy theory supposedly gained traction when a Belgian doctor linked the dangers of 5G technology to COVID-19 during an interview in January 2020. New conspiracy theories emerged after the disease was declared a pandemic. According to some assumptions, 5G technology further aggravates the disease and suppresses protective immune response; moreover, not only it causes a slow death, but it can be used as a tool for ruling the masses; the disease actually does not exist; the states simply plan to introduce 5G wireless communication technology.

The World Health Organization (WHO) notes that there is no evidence to prove that 5G technology causes or intensifies the spread of coronavirus.