Statement, that according to European court decision the employer is given the right to control employee’s private mails, is false 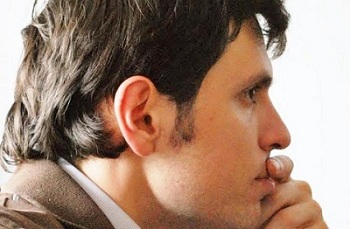 European Human Rights Court decision from January 12, 2016 on the case BĂRBULESCU v. ROMANIA received ambiguous reaction in the media. The English media was openly blamed for misguiding interpretation of the case, but this was by far not the only case when the journalists did ot comprehend the content of the case.

Georgian media joined European colleagues and promoted headlines underlining the “fact” that ECHR stipulated right of employer to check employees private communication. The abovementioned assertion is false. To bring more clarification into matter we offer this brief analysis of the court case.

Mr. Barbulescu was employed by his company in sales department between 2004 and 2007. He was provided with yahoo messenger account by company for business purposes. In 2007 he was warned that his work will be monitored. Employer collected around 45 pages of his communication, where messages of private nature were found among others. The messages included details of his private sex life. Mr. Barbulescu was fired for misusing work time. He lost claim in local courts and filed his motion to the ECHR in 2008 where he argued that several of his rights were violated including rights provided by art. 8 (protection of private life) etc.

– by monitoring his Yahoo Messenger account employer interfered in his private communication;

– this interference gave access to his employer on ‘private data’ and “sensitive data” protected by EU directive 95/46/EC;

– The employer made personal information available to other employees;

– Yahoo Messenger is a service of personal nature as well as information contained there and employer had no right to restrict his privacy during working hours;

– Yahoo Messenger account was created for work purposes. Mr. Barbulescu was using it to communicate with clients; therefore he should not have had expectation of privacy;

– unlike e-mails messages do not have subject lines so it was impossible for employer to see in advance what kind of data was collected for monitoring and to separate “sensitive data” from other information while company was analyzing the content;

Based on arguments court argued whether claimant had ‘reasonable expectation of private life’ in present case. The court considered following arguments while justifying decision:

– Mr. Barbulescu himself provided company Yahoo Messenger account he was using for work purposes, therefore company had right to monitor it

Barbulescu’s case is different as he received prior notice and data was extracted from communication channel which was primarily designed for work purposes.

Therefore any statement arguing that employers have access to employee’s private communication is false and standards providing “reasonable expectation of privacy” are still valid.