Statement by Konstantine Gamsakhurdia that the Majority of the Buildings Under Construction belong to Iranians and Arabs, is Groundless 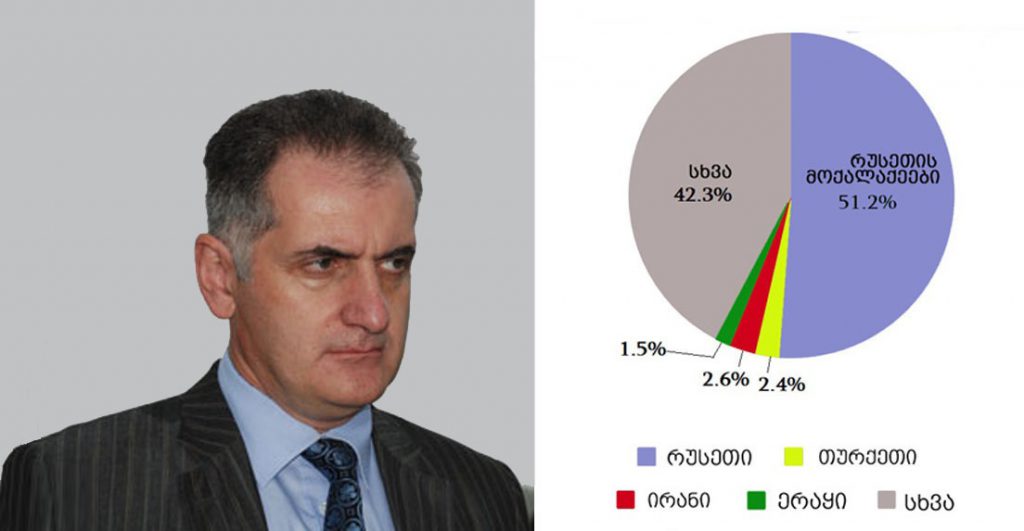 In a July 9-15 edition of Alia newspaper, the Leader of Freedom Party, Konstantine Gamsakhurdia stated that the majority of the residential buildings under construction belong to Iranians, as well as the individuals from Arab countries and that any individual who makes a USD 35,000 investment, is granted a residence permit in Georgia.

Konstantine Gamsakhurdia: “Residential buildings are being constructed and most of the apartments there belong to the individuals from Iran, as well as people from Arab countries who arrived in Georgia for a relatively longer term. All of them have either the residence permit or the citizenship of Georgia. What is the matter? The truth is that the rule allows anyone who makes a USD 35,000 investment in Georgia to be granted the residence permit in Georgia. Citizens of the aforementioned countries keep such amounts of money in their pockets. For instance, what kind of regulation does Germany have regarding foreigners? They require from you to make a USD 35,000 investment, in order to be granted the residence permit. In addition, as a foreign investor, you have to employ at least ten German citizens. In Georgia, such foreigners mostly invest in night club, hotel and exotic restaurant businesses (USD 35,000 and more) and do not even employ Georgians – they bring their own staff instead.”

1. The statement that the majority of the apartments in the residential buildings that are under construction belong to Iranians and people from Arab countries, is misleading, as according to the public register data, in 2012-2016, the largest share of apartments were sold to the citizens of Russia (51%), with the share of the citizens of Iran being equal to 2.6%, and 1.5% for Iraqi citizens.

The Migration Profile 2017, formulated by the Georgian Governmental Commission on Migration Issues, provides the information about the foreigners buying real estate in Georgia. The Profile is based on 2012-2016 data of the Public Register of Georgia. 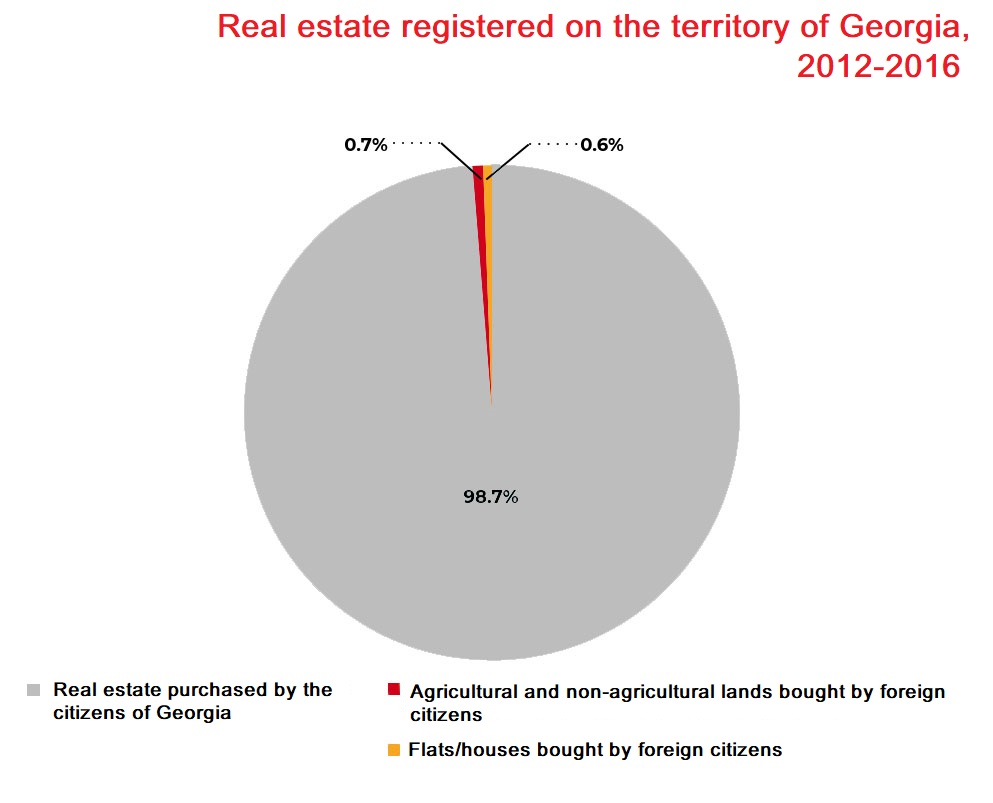 In 2012-2016, among all foreigners, Russian citizens bought the most apartments/houses in Georgia (51%). In the given period, Iranian (2.6%) and Iraqi (1.5%) citizens bought 399 and 236 pieces of real estate, respectively and hold 9th and 10th positions among the foreigners that registered real estate in Georgia. The amount of apartments/houses bought by the citizens of other Arab countries is so low that they did not even appear in the top 10. 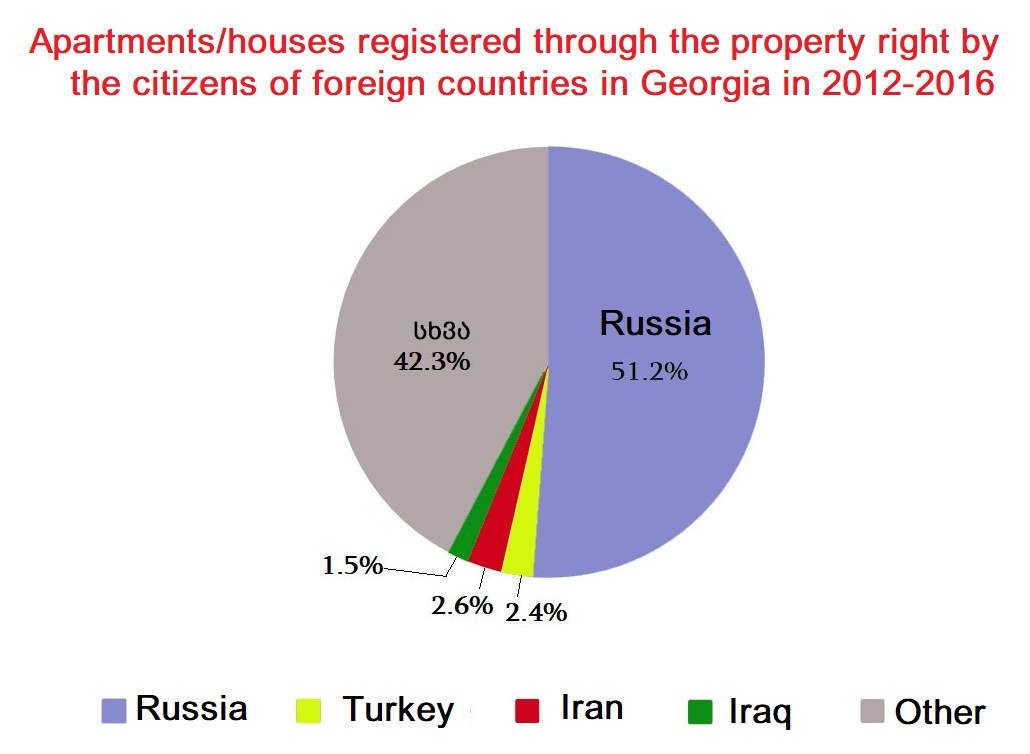 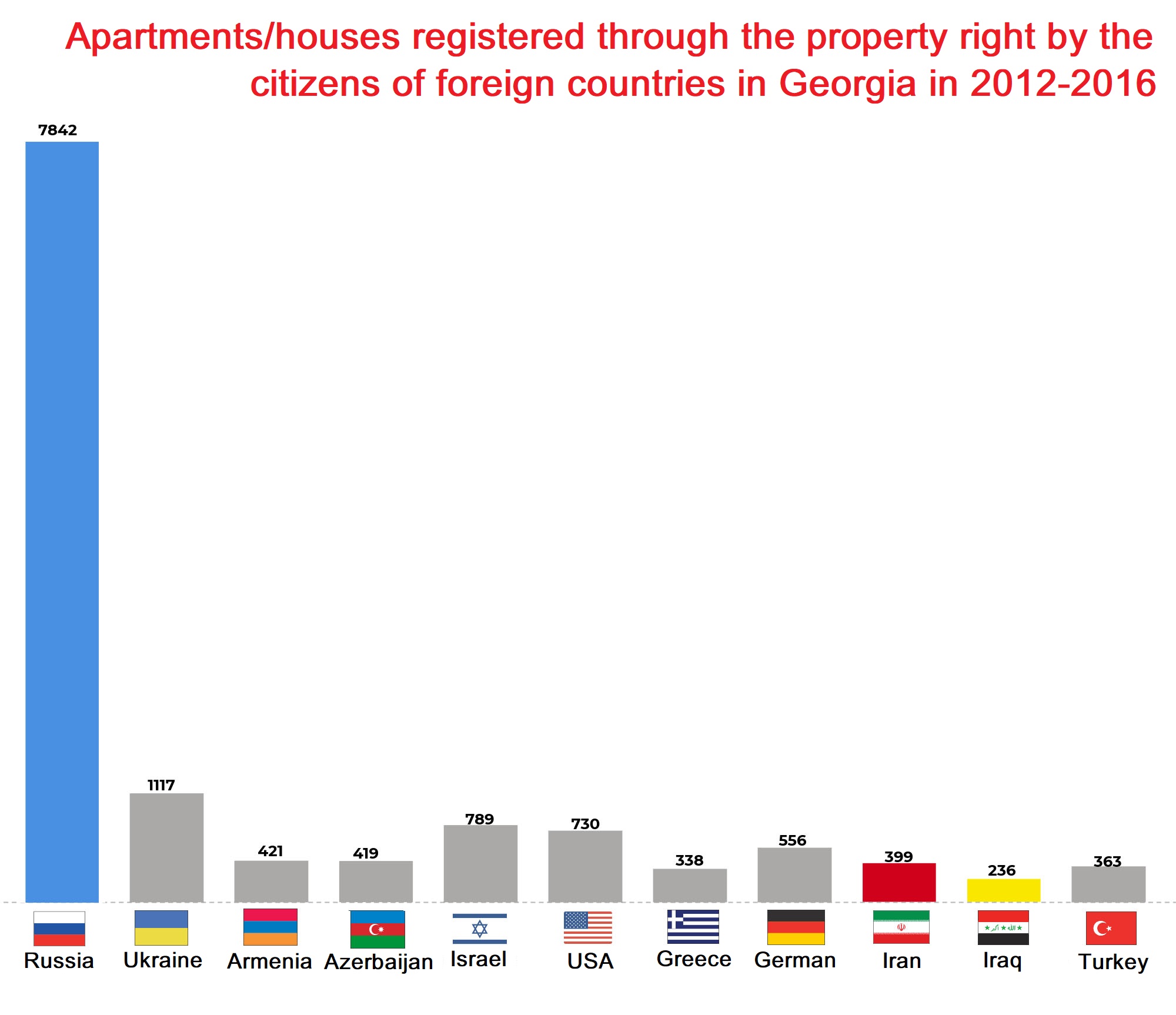 2. The statement that the USD 35,000 gives the Georgian residence permit to anyone is also manipulative. According to a resolution by the Government of Georgia, a foreign national can receive an investment residence permit if the investment equals at least GEL 300,000. Purchasing real estate worth USD 35,000 (except for the agricultural land) only grants a temporary, one-year residence permit.

According to the Article 11 of the Resolution №520 of the Government of Georgia, a foreigner is allowed to live in Georgia on the basis of the investment residence permit, however, the given Resolution holds that it is necessary to invest at least GEL 300,000 to this end, not USD 35,000.

In addition, the number of foreign citizens that own short-term or investment residence permits is quite small.

3. It is also noteworthy that in the last six years, the citizenship of Georgia has been given to such as small number of Iranians or Arab country representative (265 in total) that even if each of them had bought a flat/house, the real estate purchased by them would not have been important for the Georgian market anyway. 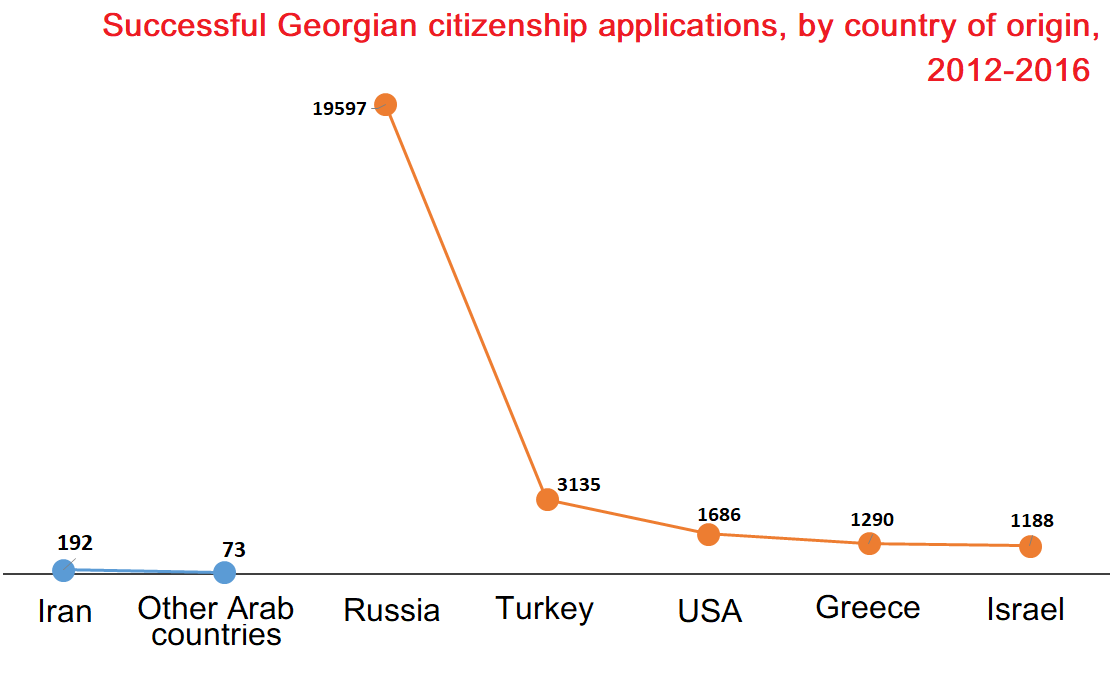 As we have seen, the share of the apartments/houses purchased in Georgia by Iranians and the representatives of Arab countries is much lower than 1%, which is reflected in the statistics of the real estate purchase by foreigners. It should be noted that the cases of granting Georgian citizenship to the citizens of Iran and Arab countries are very scarce as well, which exclude the possibility of them purchasing a significant part of the real estate as Georgian citizens. Therefore, Konstantine Gamsakhurdia’s claim that the majority of apartments in the residential buildings under construction belong to the individuals from Iran and Arab countries, is groundless.