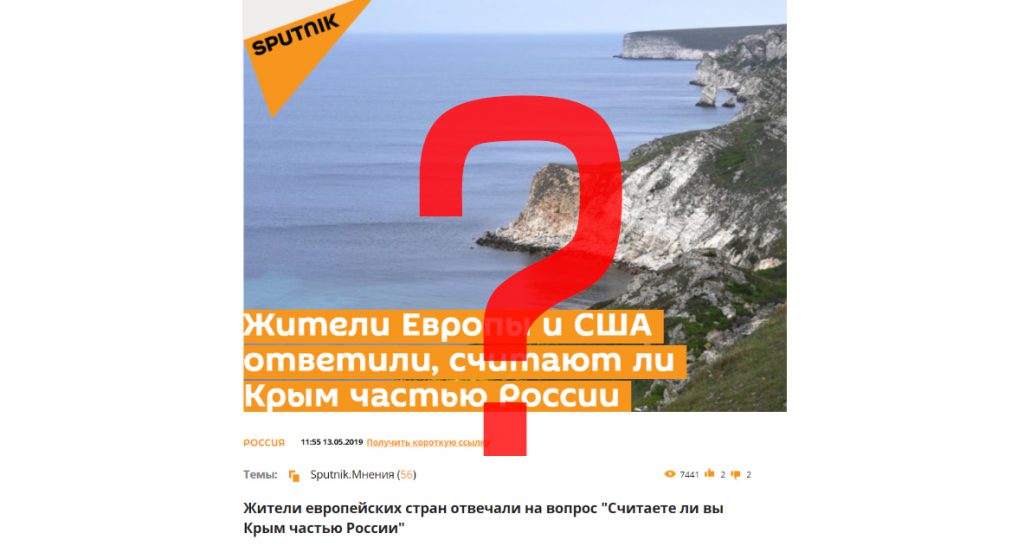 On May 13, 20019, Russian-language website Sputnik-Georgia released an article headlined “European and American citizens responded whether they consider Crimea to be part of Russia.” Sputnik-Georgia notes that the public opinion survey was conducted by a French research organization IFop, according to which 34% of British, 27% of American, 37% of French and 38% of German respondents believe Crimea is part of Russia. 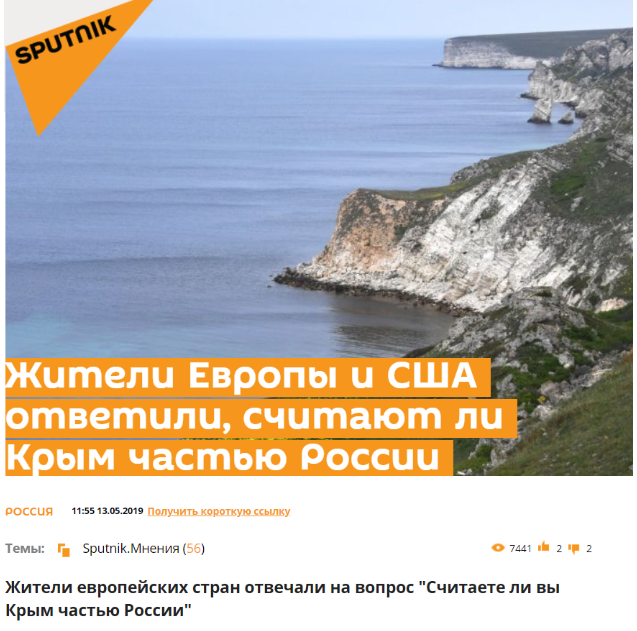 Sputnik does not refer to the primary source of the public opinion poll that makes it impossible for the readers to familiarize themselves with research methodology and other details. The Myth Detector tried to search for the results of the public opinion poll, but failed to find them on IFop’s website. The Myth Detector sent a written request to the French company asking for survey details, but received no response.

In 2016, Sputnik released a public opinion survey with identical content, which was later reposted by other Russian media outlets. In the 2016 survey, Sputnik had not indicated the number of respondents, or a particular question asked to respondents. As for the 2019 survey, these details are provided in the article, making the survey more convincing among the readers.

Three years ago, stopfake.org tried to verify the fact. They sent letters to Populus and IFop, requesting them to verify the survey authenticity and specify its methodology, but journalists of stopfake.org received no answers. It is worth noting that search for the survey on the websites of Sputnik. Мнения’s partner organizations returned no results.