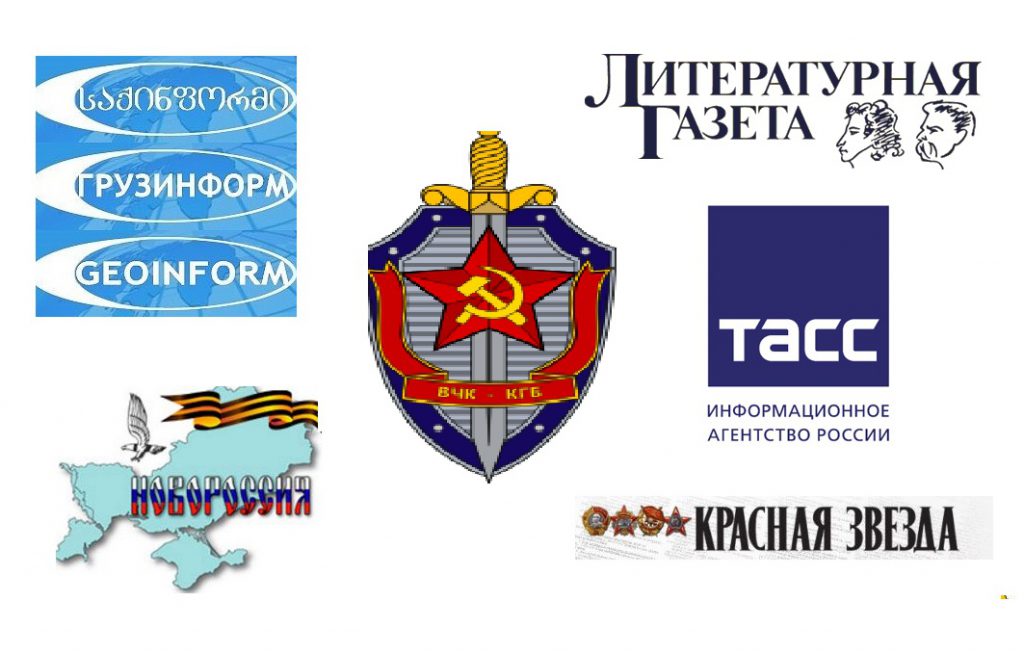 On July 21 Sakinformi, an online portal, released an interview of its editor-in-chief, Arno Khidirbegishvili with Russian news agency REX, according to which U.S. soldiers brought AIDS virus to the United States from Vietnam and it was created in the chemical laboratories of the Pentagon to conduct experiments on the Vietnamese.

Conspiracy theories about artificial origin of the AIDS virus go as far back as the Soviet period. Disinformation campaign was aimed at strengthening anti-American sentiments and it was based on ungrounded facts. As it appeared later, the entire story was invented by Soviet KGB and Yevgeny Primakov, chief of Russia’s intelligence service, also confirmed it in 1992. Russian media still continues to spread similar disinformation, frequently referring to the Tbilisi-based Lugar Laboratory as the place of origin of infectious diseases. The Soviet Union unleashed a large-scale disinformation campaign about AIDS virus in 1985. According to the Soviet propaganda, AIDS virus was created artificially at a U.S. military laboratory at Fort Detrick through recombinant genetic engineering that, as they claimed, aimed at creation of a new biological warfare (see detailed information in the report released by the U.S. Department of State in August 1987 “Soviet Influence Activities: A Report on Active Measures and Propaganda”).

The key goals of Soviet propaganda on AIDS involved:

According to the disinformation, the virus created in the Pentagon’s laboratory was spread among U.S. soldiers deployed abroad.

False information about the origin of AIDS virus first appeared in Indian daily newspaper Patriot in 1983. The information was based on an anonymous letter sent to the editor by ‘a well-known American scientist’, stating that the deadly disease was the result of the Pentagon’s experiment.

27 months later, on October 30, 1985, Soviet weekly newspaper Literaturnaya Gazeta released an article “Panic in the West or What Is Hiding behind the Sensation Surrounding AIDS” by Valentin Zapevalov. The article was echoing Patriot’s accusations, claiming that AIDS was secretly created by the specialists from Fort Detrick laboratory. The author, however, did not even mention the primary source of information – the anonymous letter.

To lend credence to its disinformation, the Soviet propaganda quoted the report written by German biophysicist, Dr. Jakob Segal. The latter was often said to be a French researcher in order to hide his connection with the Soviet-controlled German Democratic Republic (GDR).

Jakob Segal graduated from the Sorbonne University in 1940 and therefore he was referred to as a French researcher. In his report “AIDS—Its Nature and Origin” Segal said that his hypothesis was based purely on assumptions and not at all on direct scientific evidence.

Later, in his interview with newspaper Moskovskie Novosti (April 26, 1987, No.17) Segal acknowledged that there was no direct evidence about existence of any participants of experiments or any official documents. He, however, noted that indirect evidence could also be considered valid.

The AIDS story was widely picked up by Soviet media. Newspaper Svetskaya Khronika wrote on November 2, 1986 that according to French scientist, Jakob Segal, the United States was creating a bacteriological weapon, thus violating the 1972 Biological Weapons Convention. This myth was easily disseminated in the developing countries because local media outlets in Africa, Asia and Latin America had no access to western sources. But Soviet media outlets, including TASS, had their own bureaus in 66 developing countries. Moreover, the practice of financing articles was widely used, when the USSR was paying money to local journalists for writing pro-Soviet articles.

The disinformation campaign about the AIDS is based on a supposition that the virus is the product of two natural, artificially synthesized viruses, VISNA and HTLV-I. Such artificial synthesis is impossible, because:

The assertions that U.S. soldiers brought AIDS to the United States from Vietnam are groundless because according to an international team of scientists, the origin of the AIDS pandemic has been traced to the 1920s in the city of Kinshasa, in what is now the Democratic Republic of Congo. The virus came to global attention in the 1980s and has infected nearly 75 million people. The AIDS virus was first detected in the United States by the Centers for Disease Control and Prevention on June 5, 1981. In August 1982 the disease was referred to as Human Immunodeficiency Virus (HIV).

In 1992, Yevgeny Primakov, chief of Russia’s intelligence service, confirmed that the story about creation of AIDS in the Pentagon’s laboratory was false and it was invented by KGB.

Disinformation about artificial emergence of the AIDS virus is still very popular in Russia today. The purpose of invention and dissemination of such theories is the same as during the Soviet period. Conspiracy theories pay much attention to Georgia, because according to Russian disinformation, the Tbilisi-based Lugar laboratory is a part of the U.S. mechanism to spread biological warfare.

On March 25, 2016 Russian newspaper Nezavisimaya Gazeta ran an article (Полчища боевых вирусов подготовлены для наступления) according to which the United States continues to create bacteriological and biological weapons and the AIDS virus is the product of one of the secret U.S. laboratories. The same article supposes that Ebola virus has the same origin. The article quotes Russia’s chief sanitary doctor, Gennady Onishchenko as saying that there may be certain links between the emergence of Zika virus and the Lugar laboratory. It concludes that the United States is creating a network of biological warfare facilities around Russia. Novorossia news agency (Novorus.info) considers Fort Detrick to be Pentagon’s central laboratory, which creates a number of epidemic diseases including AIDS and Ebola, as well as Lysergic acid diethylamide (LSD), a psychedelic drug known for its psychological effects.

Arno Khidirbegishvili, editor of Sakinformi: “Is not it right that U.S. soldiers brought AIDS virus from Vietnam, which, according to some reports, was created in the chemical laboratories of the Pentagon to conduct experiments on the Vietnamese?”