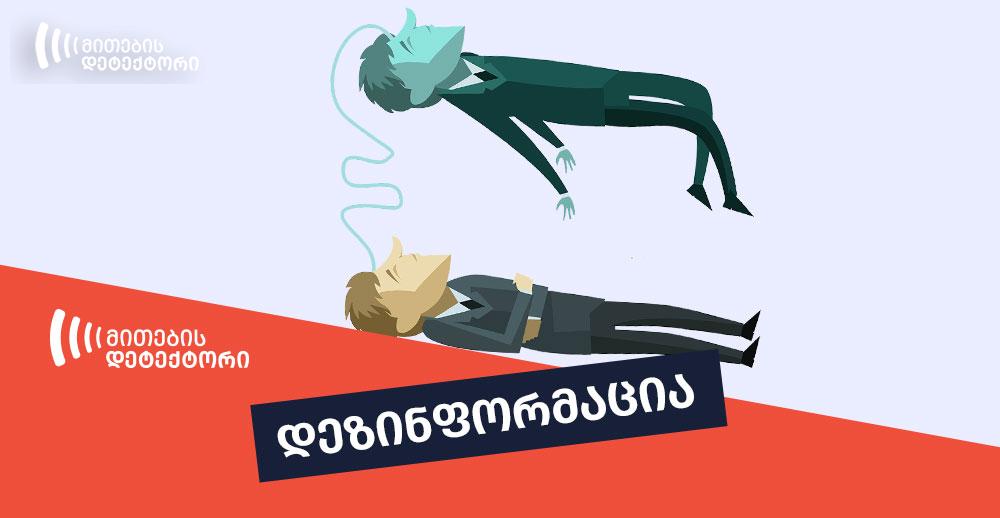 Ese.ge, an entertainment website, has published a YouTube video with a caption “Soul leaving dead body caught on camera.” The same video was also published on the website gifsat.com and shared to Facebook’s public group uMedia. The YouTube video was uploaded on August 6, 2016 by YouTube user live admiral. The video involves German-language comments, according to which the scene was caught on security cameras in one of Chinese hospitals in 2014. 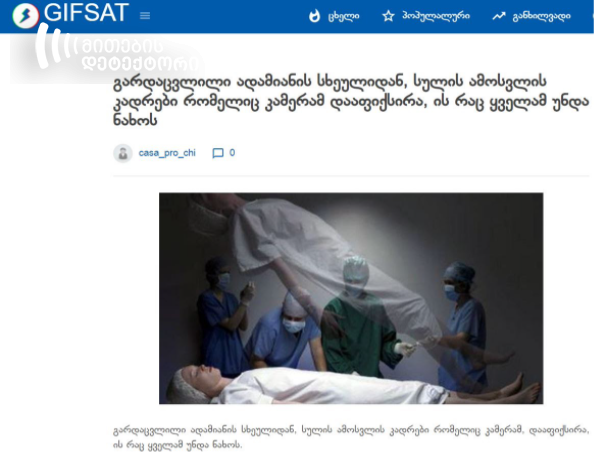 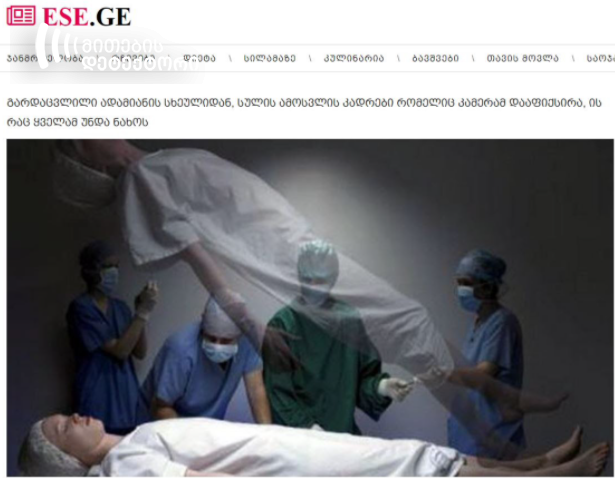 The authenticity of the footage showing the soul leaving a dead woman’s body has not been confirmed. Controversial information is circulating about the origin and spread of the video that arouses reasonable suspicions that the video was created using special effects.

YouTube channel Scary videos is the primary source of the video showing the soul leaving a dead body. According to the channel’s ‘About’ section, “if you believe in ghosts and paranormal activities, then you are gonna watch the most of all of them in here.”

It was just this YouTube channel, where the video in question was first uploaded on June 26, 2016. Its description reads: “Soul Leaving Dead Body, Hospital CCTV Footage.”

The original video does not indicate which country or which hospital the footage was filmed in. The claim as if the footage was obtained from a Chinese hospital emerges in the descriptions of the subsequent versions.

ABP News, an Indian media outlet, spreads different information regarding the origin of the video. It claims in the video description that it is CCTV camera footage from India’s Patna hospital.

The controversial nature of the video footage immediately attracted fact-checkers’ attention. Indian website hoaxorfact.com wrote back in 2016 that the video showing a soul rising from dead woman’s body is video manipulation. Moreover, the hoax video was in fact created using CGI (Computer-generated imagery) that can be achieved through using various video tools and visual effects.

The video first emerged on Georgian online platforms, including palitravideo.ge and myvideo.ge back in 2016. During the same year, foreign tabloids, including The Irish Sun and Daily Mail, also spread the video, noting that it is not clear what hospital the woman died in, nor whether there is evidence the video had been doctored.