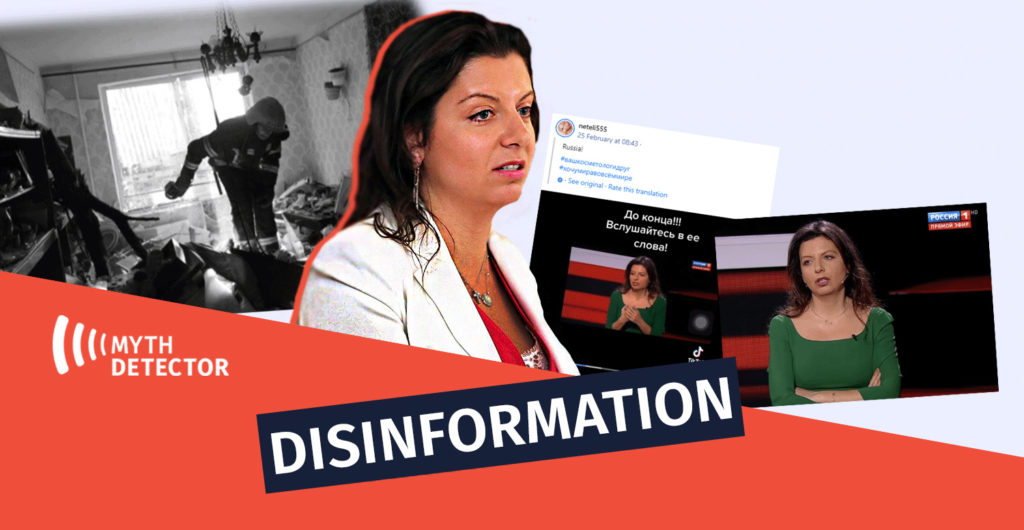 On February 22nd, 2022, Margarita Simonyan, Editor-in-Chief of Russian RT (Russia Today), appeared on Россия-1 on the program “Evening with Vladimir Solovyov”.  Excerpts from Simonyan’s speech on Soloviev’s show were published by the Facebook page “neteli555” on February 25th.  In this excerpt, Margarita Simonyan argues that the “special military operation” in Ukraine was launched in response to everything that has been going on in the Donbas for eight years and that she is not ashamed of present-day Russia, but of Russia that watched the calamities for so many years and did not stop the “war between brothers.” According to Simonyan, the Russian army does not pose a threat to civilians.

Margarita Simonyan: “Do you really think that the people gathered here want war?  I have explained to you that no one will touch the civilians, no one will use bombs and shoot the peaceful population.  If otherwise, would I be standing here?!  ” 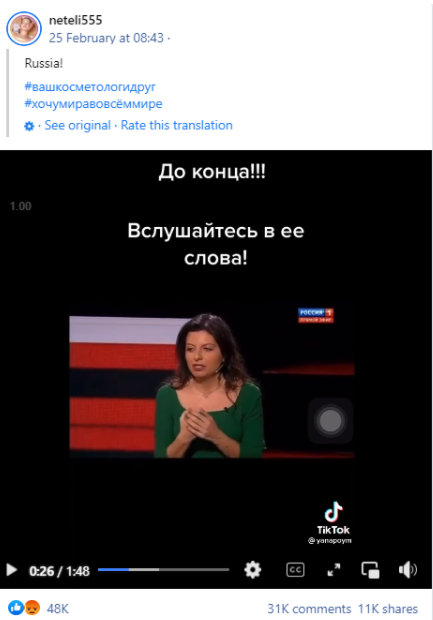 Margarita Simonyan’s claim that the Russian army does not threaten civilians is false.  As of February 28th, 2022, more than 352 civilians, including 14 children, had been killed as a result of Russian intervention in Ukraine.

Based on the statement by Anton Herashchenko, an adviser to the Ukrainian Interior Minister, RBC-Ukraine reported on February 28th that 352 people, including 14 children, had died in Ukraine as a result of Russian intervention.

“352 civilians were killed, including 14 children,” Herashchenko wrote on his Telegram channel.

The emergence of military operations in Mariupol on February 27th harmed a total of 75 civilians, including the death of a child.  By 19:00, 15 civilians had been taken to the city hospital, but the child’s life could not be saved due to her critical condition.  At the moment, 61 people are being treated; 18 of them have severe health conditions.

On February 26th, Russian troops opened fire on a children’s oncology centre in Melitopol, resulting in the explosion of the building.  According to the Ukrainian outlet “The Kyiv Independent,” a shell fired by Russian artillery hit the Kyiv Children’s Oncology Hospital, killing one child, injuring two children and two adults.

The Minister of Foreign Affairs of Ukraine Dmitro Kuleba posted about it on Twitter, noting:

“Putin waged this massive and aggressive war in Europe during the raging pandemic.  Now he is bombing the Ukrainian hospitals.  This is beyond evil.” 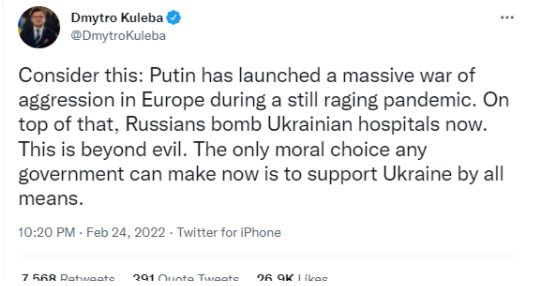 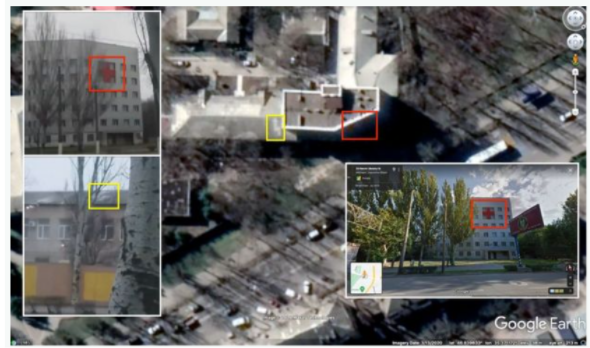 On February 27th, Anton Herashchenko, Advisor to the Minister of Internal Affairs of Ukraine, released a video on his Telegram channel, showing how the Russian army targets civilians.  A second video released by Herashchenko on the same day shows an airstrike on the town of Kagarlik.

“Putin continues to destroy civilian infrastructure and attack civilians,” – Herashchenko writes on Telegram.  He also released footage from Mariupol where occupiers have fired multiple shots at a civilian car.

The Ministry of Internal Affairs of Ukraine also released footage of the bombing of civilians from Kharkiv. 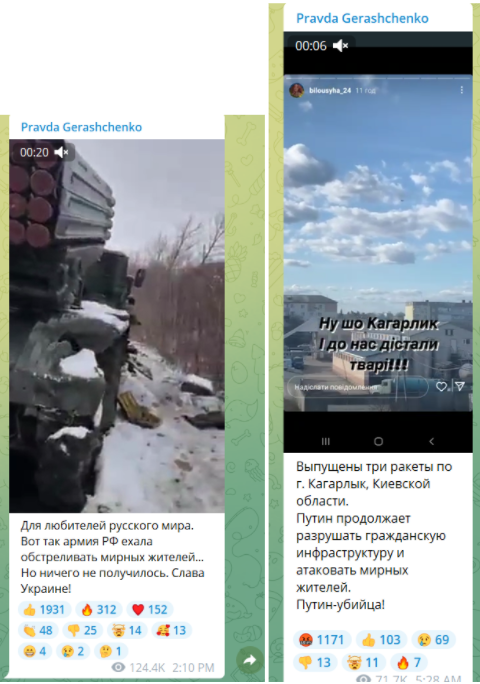 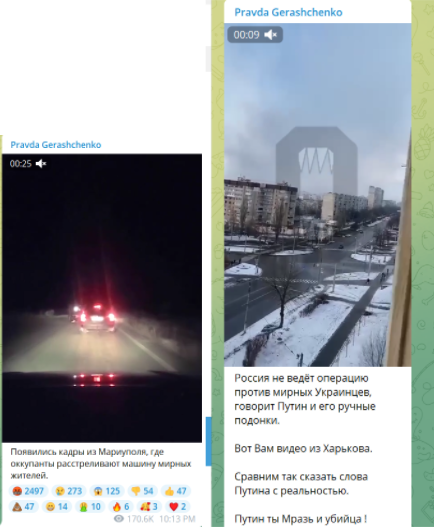 On February 26th, footage of a children’s playground in Kharkiv was also released, where we see shells fired by the Russian invaders. 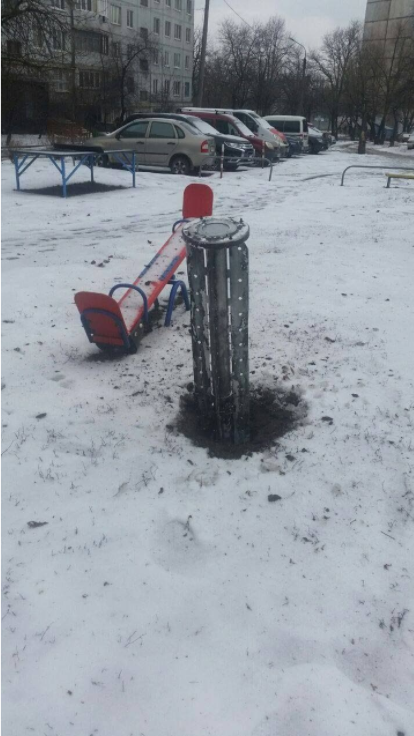 On February 26th, photos of a burning house from the village of Hotianovo in the Vishgorod district were also published.  “Tonight, the shell of the invaders hit a residential building in the village of Hotianovk, Vishgorod district.  The Ukrainian Rescue Service is on the spot.  Information about the dead and wounded is being clarified.  However, apparently, only the ashes remained from the peaceful, innocent Ukrainians.” Herashchenko wrote on the Telegram channel. 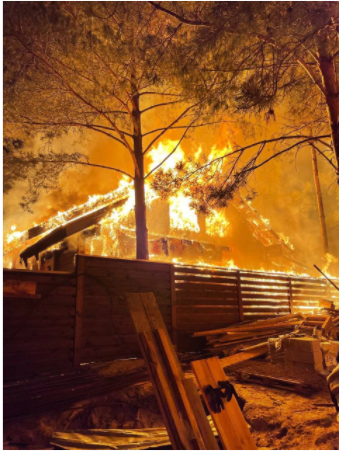 Herashchenko also shared photos of a school bombed in Mariupol on his Telegram channel, in the basement of which civilians were sheltered during the shooting.  According to the information spread by the Mariupol city council, the residential buildings were also bombed. 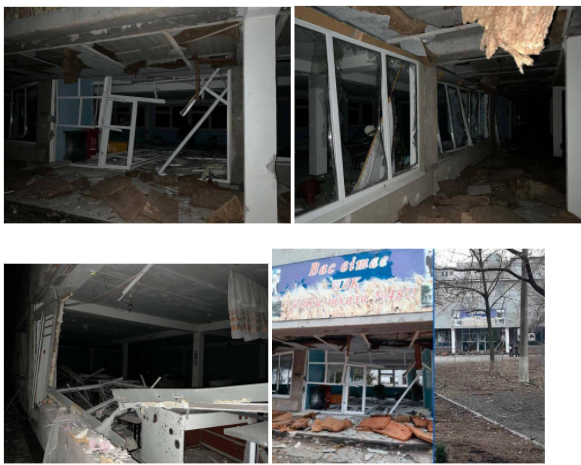 On February 27th, Russian troops fired a rocket at Chernihiv, destroying the historical building of the Regional Youth Center (formerly the Shchors Cinema), which is an architectural monument.  RBC-Ukraine reported about this based on the statement of Chernihiv’s press service.  “Another brutal attack on Chernihiv.  “This is the second time that the racist invaders’ plane has carried out a rocket attack on the city centre, residential buildings and historical monuments.” the publication said.  The building was bombed on Sunday, February 27th, at around 5:40 PM. 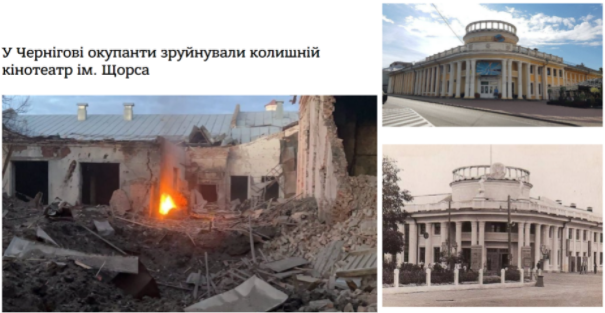 On the evening of February 27th, Russian military forces launched a rocket attack on Nikolaev International Airport, damaging the runway and the platform.  RBC-Ukraine reported this based on the local newspaper “Crime.  Is NOT PRESENT.” An airport employee said the Russian military had fired at least three missiles, but it was not yet possible to say what they used – Grad MLRS, aircraft or ballistic missiles fired from ships.

On February 26th, Anton Herashchenko announced that a rocket fired by the Russian army had killed two civilians and wounded four on Lobanovsky Avenue.

“Earlier this morning, the occupiers fired a rocket that hit the 6a residential building on Lobanovsky Avenue.  I am publishing a photo of the remains of two innocent people,” – Herashchenko wrote. 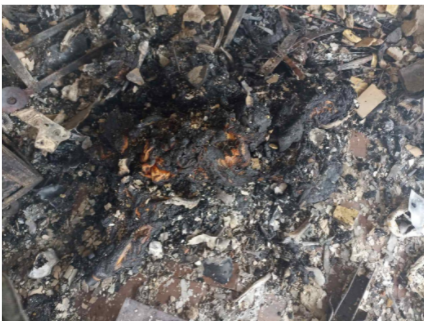 On the very first day of the full-scale invasion of Ukraine by the Russian army, photos and videos of the deaths of civilians were released. On February 24th, in the city of Kharkiv, the Russian military attacked not only military facilities but also residential houses. A Russian rocket hit a residential building in Chuguev, killing one minor. According to the Emergency Management Service of Ukraine, several people were injured by the blast, and rescuers managed to save 15 civilians from the burning building. 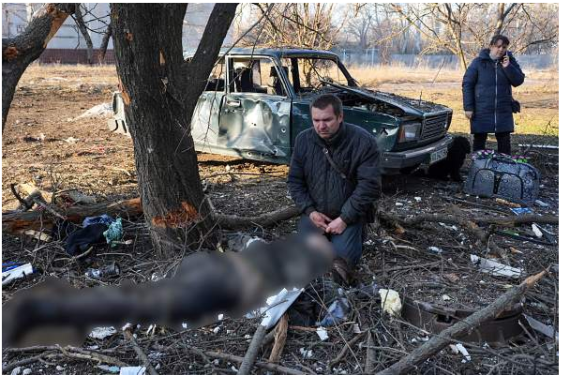 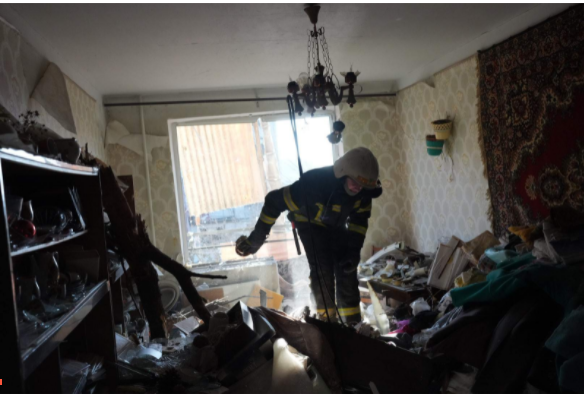