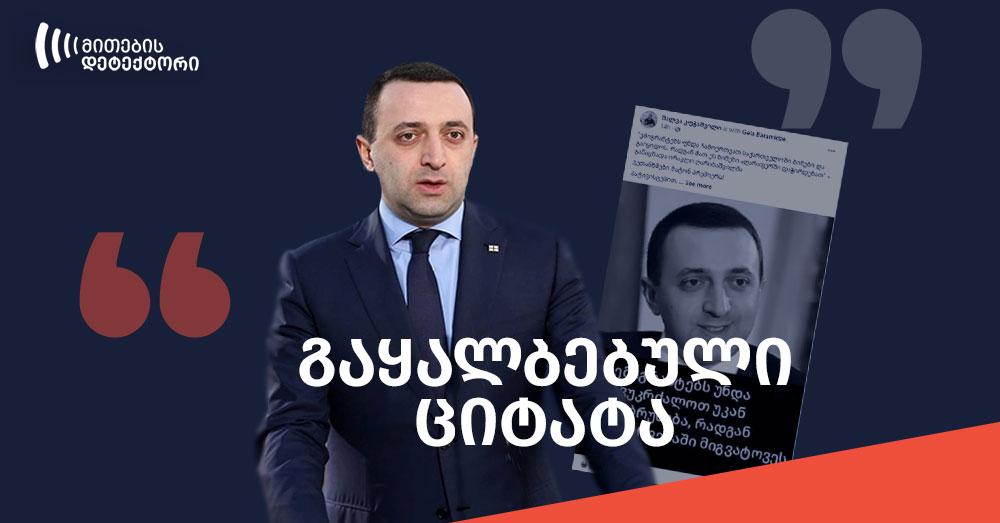 Update: After the publication Giorgi Balkhamishvili contacted the “Myth Detector”. According to him, the Facebook page was created in his name, did not actually belong to him and served to discredit him.

On March 12, Georgia’s Prime-minister Irakli Gharibashvili’s photo was published by using the name of Shalva Kuchashvili, founder of the movement “Tsin’svla”. Inscription on the photo says: “We should ban emigrants from returning since they left us during hard times”. In the photo description, it is stated that Gharibashvili supports confiscating apartments in Georgia from emigrants since they do not need these apartments.

The post gives the impression that the disseminated quote belongs to Irakli Gharibashvili, and  Shalva Kuchashvili also agrees with the aforesaid opinion. 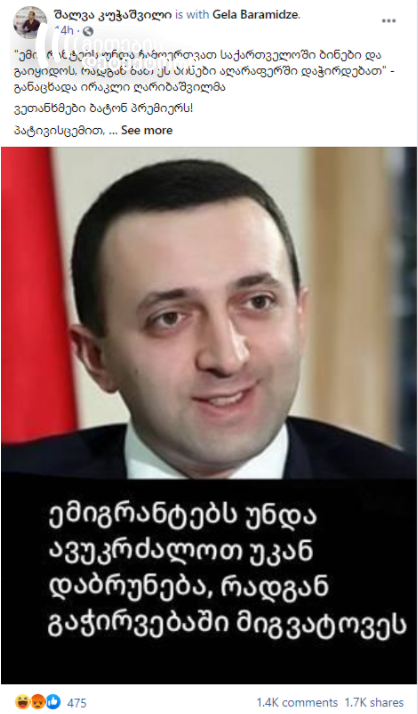 Irakli Gharibashvili’s quote, disseminated on the social network, is fake and does not belong to the prime minister. The quote cannot be found in open sources nor social media. Shalva Kuchashvili’s page is also fake, it is satirical and seeks to discredit supporters of the Georgian Dream.

Irakli Gharibashvili’s statement about confiscating houses from emigrants and banning them from returning to Georgia cannot be found in open sources. Such quote also cannot be found on the prime minister’s official Facebook and Twitter pages.

It should be noted that using Shalva Kuchashvili’s name, the same page shared a fake statement on April 7 as well. According to the post, Kuchashvili was against selling Georgian wine since wine is a national pride and selling pride is a crime. 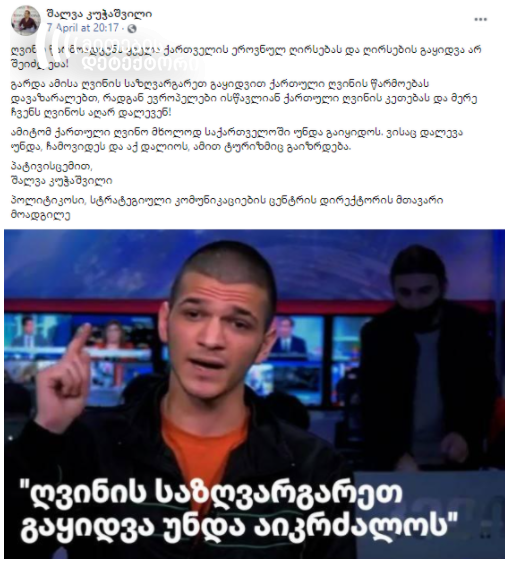 Shalva Kuchashvili spoke to “Myth Detector” and stated that the page and statements shared by the page do not belong to him. The same information was disseminated on his personal page. 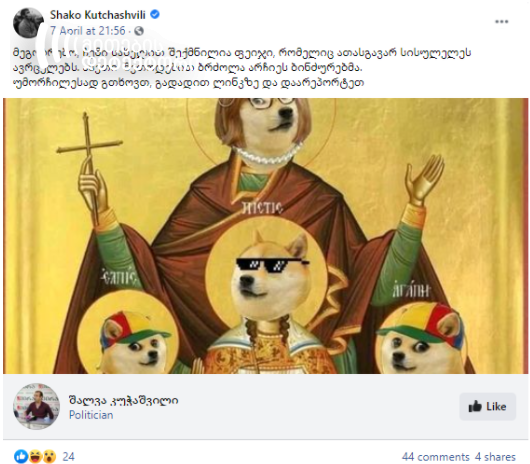 Nevertheless, we found out from the page history that the page was created on March 28, 2021, and first belonged to Giorgi Balkhamishvili, who at the moment is a supporter of “Girchi–More Freedom” according to a Facebook description. 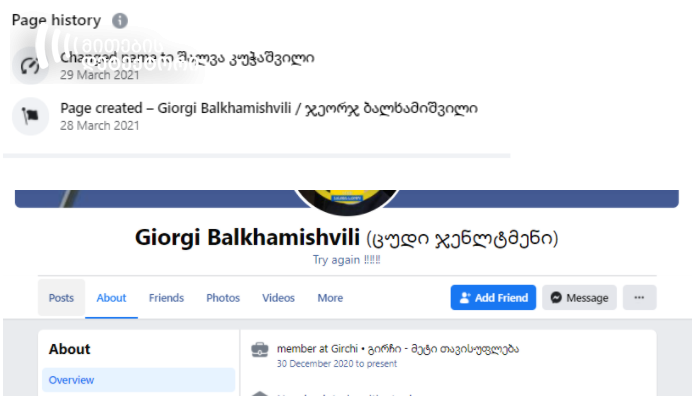 Presumably, Balkhamashvili writes posts with such content for fun. 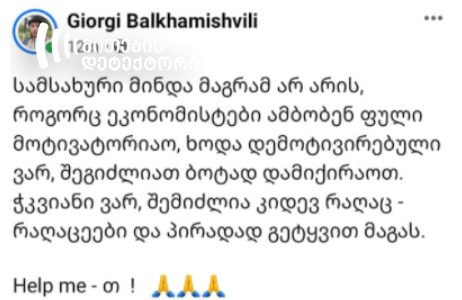