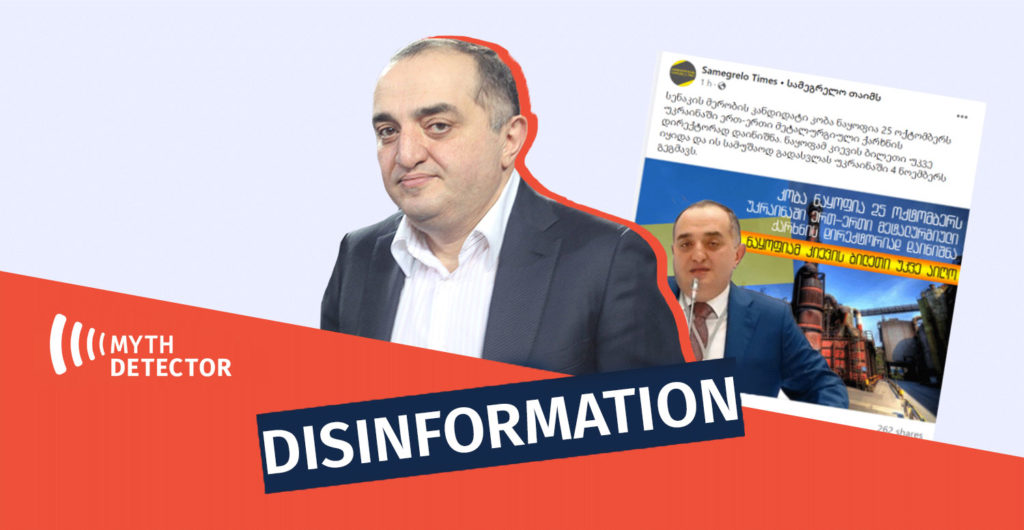 On October 28th, the Facebook page ‘Samegrelo Times’ published a post about Koba Nakopia, the UNM mayoral candidate of Senaki. According to the description, Nakopia has been appointed director of one of the metallurgical plants in Ukraine, has already bought a ticket to travel to Kyiv and plans to move to Ukraine on November 4th. 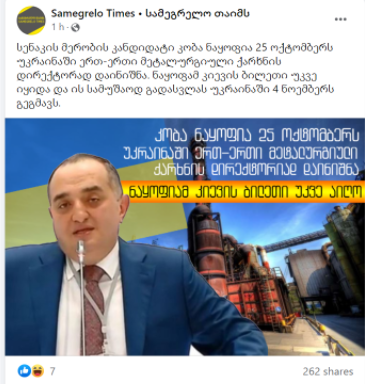 The information disseminated by the Samegrelo Times is false. In a conversation with “Myth Detector,” Koba Nakopia denied the claims about his employment and departure in Ukraine. The information cannot be found in any open source. Before the second round of the elections, the post against Koba Nakopia was spread in various Facebook groups in a coordinated manner.

“Myth Detector” contacted Koba Nakopia. The politician labelled the allegations regarding his employment and transfer to Ukraine as blatant lies. Nakopia also noted that he owns no business in Ukraine.

In addition, no open-source contains Information about the alleged employment of Koba Nakopia in a Ukrainian metallurgical plant. 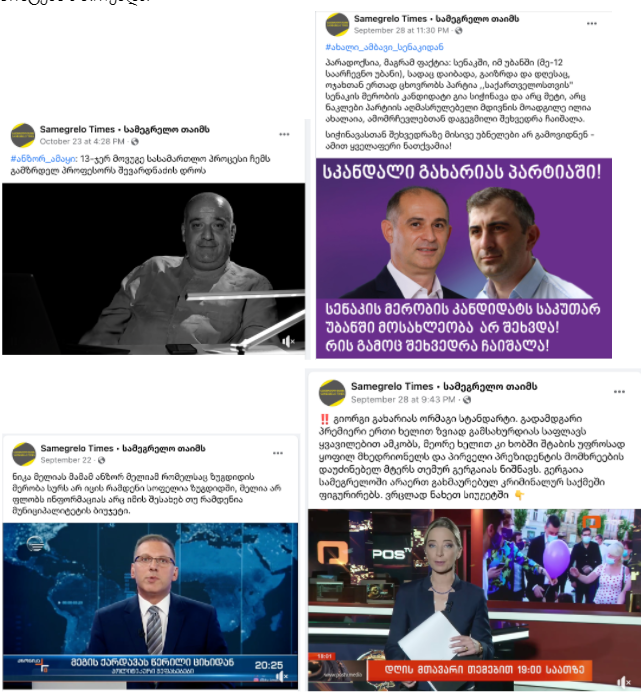 For more about the biased reporting by Samgrelo Times prior to the 2021 local elections, see the recent article of “Myth Detector:” 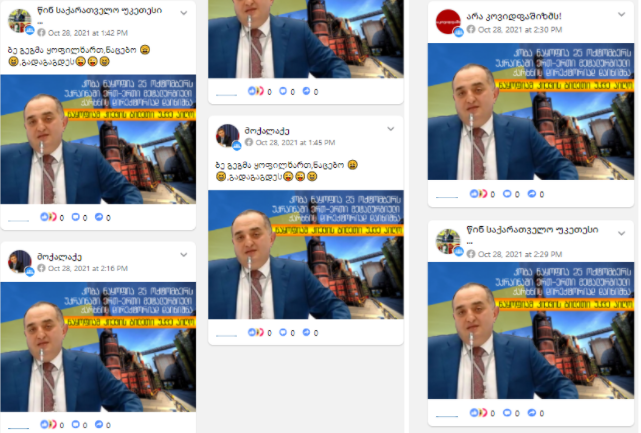 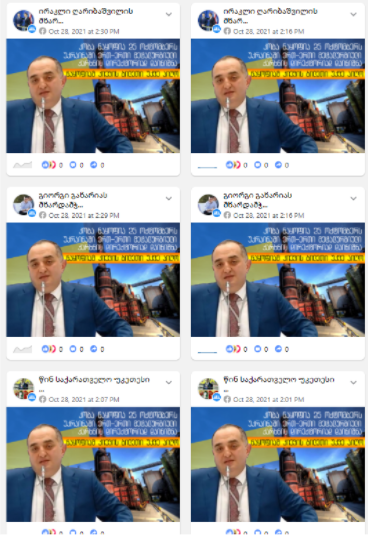 Facebook posts were allegedly shared by fake accounts in a coordinated manner. Most of the accounts indicated other people’s identification details in the URL: