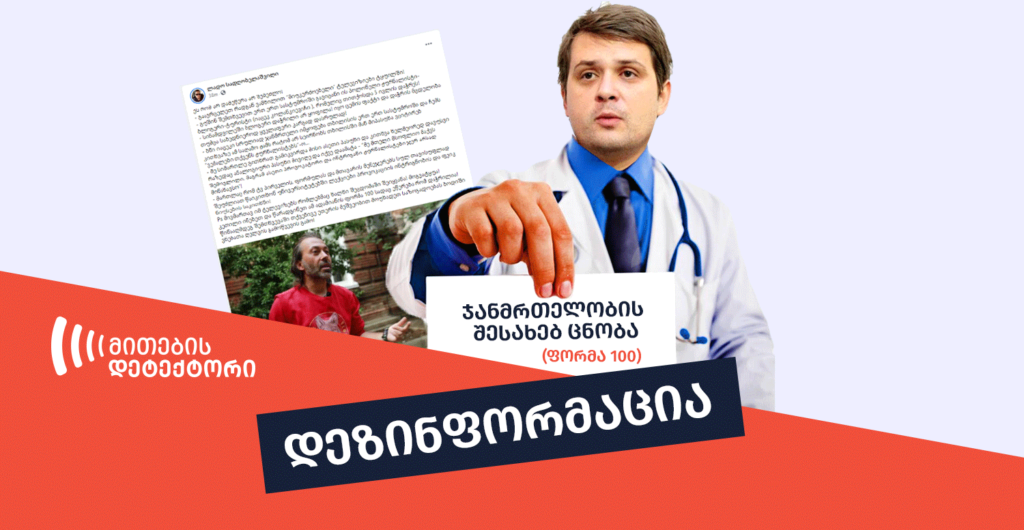 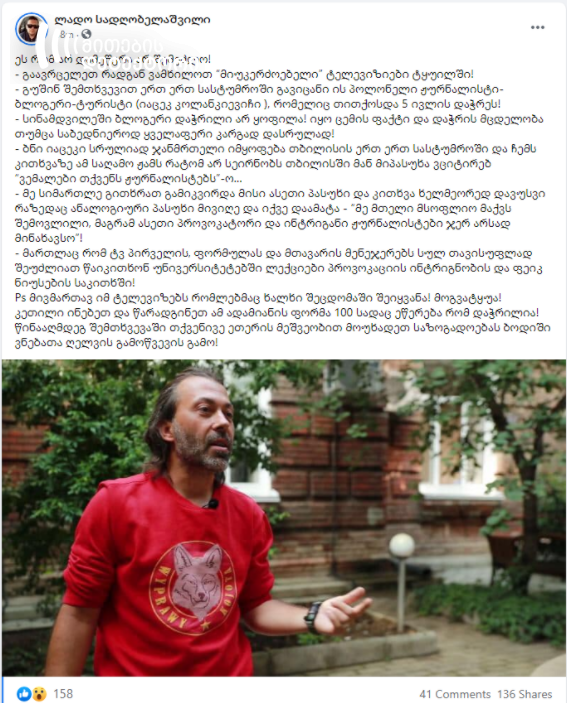 The statement that the Polish tourist was not wounded by the violent groups on July 5th is false. In reality, the pictures displaying the wounds of Jacek Kolankiewicz were published on the Travel Blog. While speaking about the general health condition of the tourist, the doctor of Kolankiewicz stated that he suffered from multiple wounds in the chest area.

On July 5th, violent groups attacked a Polish tourist who was located on Khetagurovi Street. According to the witnesses, the tourist was assaulted because of his long hair and an earring.

The wounded tourist is Jacek Kolankiewicz – a polish traveller whose adventure stories are regularly published by the Polish Facebook page “Wyprawy Kojota.” The page – allegedly managed by Kolankiewicz’s friend – has published a post and a picture on July 7th, confirming that the page’s administration and Kolankiewicz had a video call, and Kolankiewicz has three wounds in the chest area. 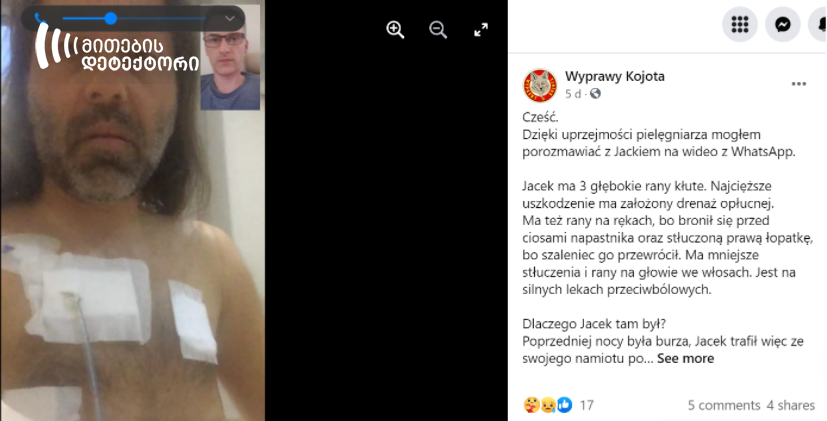 While speaking about the general health condition of the tourist, the doctor of Kolankiewicz stated that he suffered from multiple wounds in the chest area. The person responsible for the violent attack was sentenced to jail on July 7th.

The wounded tourist was personally visited at the Aladashvili Clinic by the Minister of Economy and Sustainable Development, Natia Turnava.

On July 10th, Kolankiewicz left the hospital. According to him, the person who inflicted his wounds does not represent the entire Georgia, and one can find similar people worldwide.

On July 5th, due to the actions of radical pro-Russian violent groups demonstrating against the planned “March for Dignity,” more than 50 people got injured, most of which are the representatives of the media.

Lado Sadghobelashvili is a former leader of the extremist movement “Georgian March.” More recently, through his public posts, Sadghobelashvili has been actively supporting the current Prime Minister Irakli Gharibashvili, who perceives “Tbilisi Pride” as unacceptable and links the organization of the event with his political opponents. 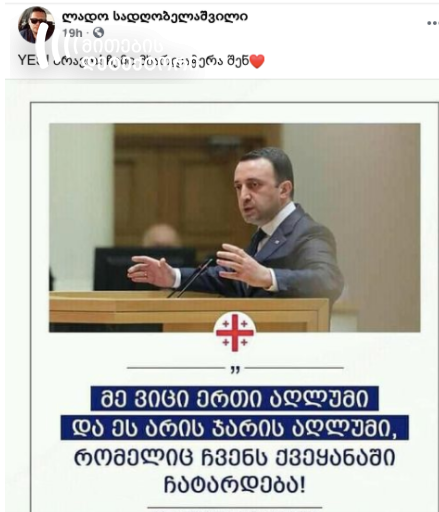 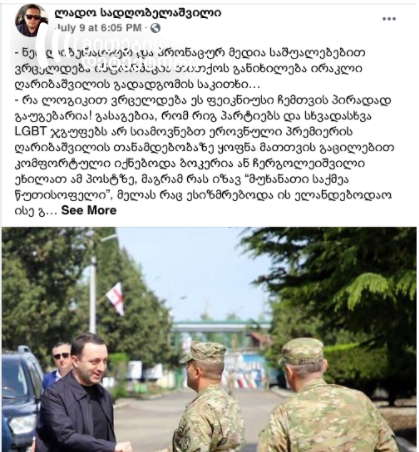