Russian Propaganda against NATO and the Forest Brothers 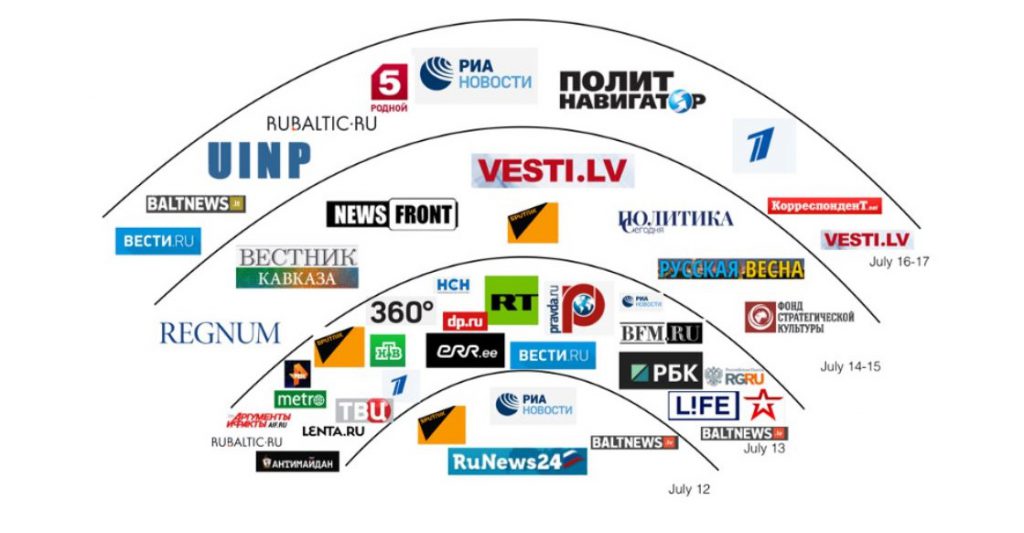 On July 11, 2017, NATO published a video titled “Forest Brothers: Fight for the Baltic.” The video is about irregular armed groups in the Baltic states which were fighting against the Soviet Union after the World War II, in 1945-1953. A wave of propaganda has since risen in Russia concerning the video. Russian TVs and politicians blame NATO of supporting Nazism and falsifying history.

Comments made in Russia

Speaker of the Ministry of Foreign Affairs of Russia, Maria Zakharova, expressed her opinion on the video via her Facebook page. As she claimed, the resistance movement in the Baltic states was based on Fascism and collaboration with the occupational government of Germany. She also added that the Western countries’ intelligence was behind the Forest Brothers. Dmitry Rogozin: “NATO’s video about the ‘Forest Brothers’ who killed our soldiers reaffirms that we face successors of Hitler in the face of NATO.”

Kremlin’s narrative concerning the video has been repeated nearly by all Russian TVs and editions. Channel One of Russia and Россия 1 (Russia 1) made several news reports about the issue.

Media outlets that disseminated propaganda about the Forest Brothers. Collaboration of the Soviet Union and the Nazi Germany.

Those politicians and media outlets that blame NATO for supporting Fascism, while portraying the occupation of the Baltic states by the Soviet Union as a liberation of the Baltic states from Fascism, do not mention that the main ally of the Nazi Germany was precisely the Soviet Union, while the Forest Brothers were defending against the Soviet aggression. The Foreign Ministry of Lithuania published an infographic reminding Russia of the so-called Molotov-Ribbentrop Pact, as a response to the propaganda.

After the occupation of Czechoslovakia by Hitler in 1939, negotiations between Germany and USSR were launched, which resulted in a non-aggression pact between the two countries on August 23 of the same year, which became more widely known as Molotov-Ribbentrop Pact. The agreement included a secret passage, according to which Hitler and Stalin were sharing the influence over the territory of Eastern Europe. Molotov-Ribbentrop Pact was the main mechanism that sparkled the new world war.

The Soviet Union entered the World War II as an ally of Nazi Germany on September 17, 1939, when it opened fire for the first time in Eastern Poland. The Red Army occupied the territory of Poland that belonged to the Soviet sphere of influence, according to the Molotov-Ribbentrop Pact. On September 22, 1939, Nazi Germany and the Soviet Union even held an official joint military parade in Brest-Litovsk after the intervention to Poland. In modern Russia, it is a crime to publicly announce that the USSR and Nazi Germany intervened to Poland together.

Occupation of the Baltic states and Romanian Bessarabia also belonged to the military campaign. It destroys the myth according to which the World War II allegedly started in 1941 for the Soviet Union after the first strikes against the Nazi Germany. Stalin was personally interested in signing the non-aggression pact with Germany, as he imagined it to be the best mechanism for increasing the influence in the Eastern Europe. The Soviet Union was hiding the Molotov-Ribbentrop Pact until the end of 1980s. About the “Forest Brothers”

Soviet Union entered the Baltic states in 1940, however, USSR was replaced by Nazi Germany in 1941. In 1944-1945, Lithuania, Latvia and Estonia were once again annexed by the Soviet forces. The population of the Baltic states launched an insurgency against the Soviet occupation. “The Forest Brothers” are considered national heroes in all the three Baltic states. On the other hand, they are portrayed as Nazi collaborators, bandits and criminals by the Soviet and Russian propaganda.

In 1940, under the Soviet occupation, the Baltic population saw Germany as a liberator – the population hoped that the Baltic states could re-gain their independence and take back the property deprived during the Soviet rule. However, Germany created a new territorial entity from the Baltic states and Belarus, called Ostland, which resulted in a weakened support for Germany. Germany’s military organization, Waffen SS, was founded in Estonia and Latvia. In 1944, SS was also created in Lithuania, however, the Germans dismantled it soon afterwards, as Lithuanians were using SS for nationalistic means that directly threatened the occupational power of Germany in Lithuania.

Displaced Persons Commission of the United States which studied the activity of Waffen SS in the Baltic states, published a resolution on September 1, 1950, indicating that SS of the Baltic states should be considered separately from the German SS.

Displaced Persons Commission of the United States: “The Baltic Waffen S.S. Units (Baltic Legions) are to be considered as separate and distinct in purpose, ideology, activities, and qualifications for membership from the German S.S., and therefore the Commission holds them not to be a movement hostile to the Government of the United States…” In 1946, Nüremberg Trials acknowledged Waffen SS as a criminal organization, with the decision not affecting those who became members of the military organization involuntarily. This exclusion from the rule affected precisely the members of the Latvian and Estonian legions, who were guarding the Nazi prisoners during the Nüremberg Trials, as well as protecting the allies’ objects during the blockade of Berlin. Baltic Guards while Patrolling in the Nüremberg Prison

According to Eu vs. Disinformation propaganda spread by Russian television and politicians against Forest Brothersis one of the most typical example of the concept of “4 Ds” of disinformation. Russian actors dismiss the fact that the USSR occupied Baltic states; distort the historical image of the Forest Brothers; distract from the fact that NATO is a defensive alliance, whose increased presence in the Baltic region is a direct consequence of Russian aggression; and dismay by accusing the adversary of being a Nazi.