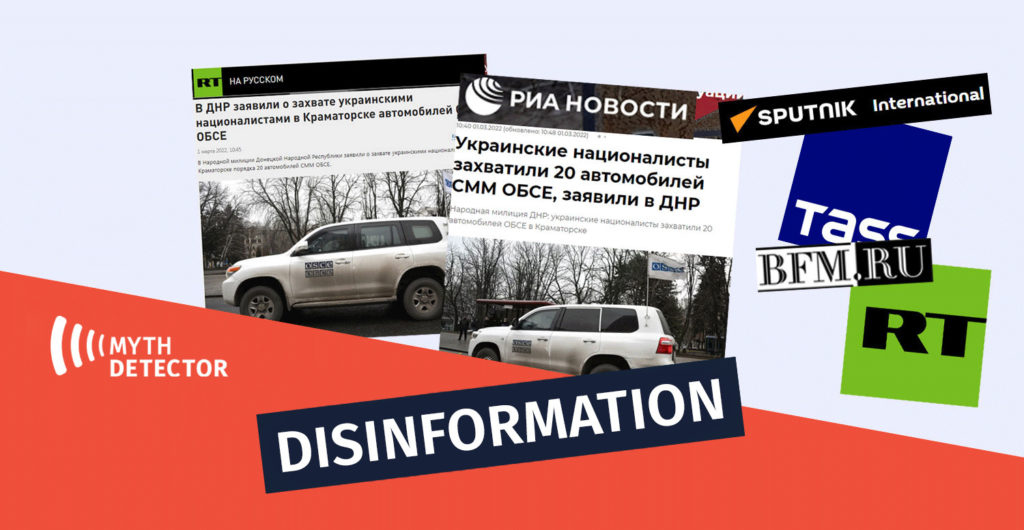 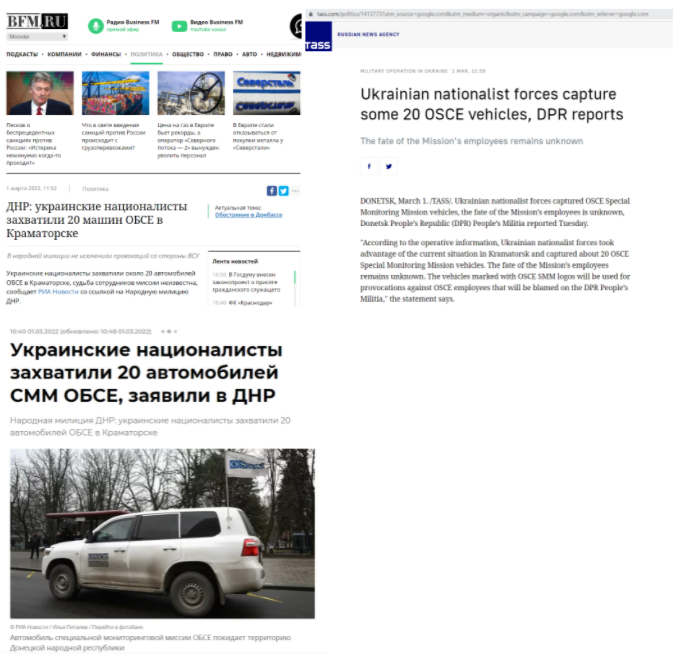 The information about the alleged hijacking of the vehicles of the OSCE monitoring mission by “nationalist groups” in Ukraine is false. In a comment to StopFake, the representative of the OSCE Mission to Kramatorsk denied the allegations made by the self-proclaimed Donetsk People’s Republic militia. 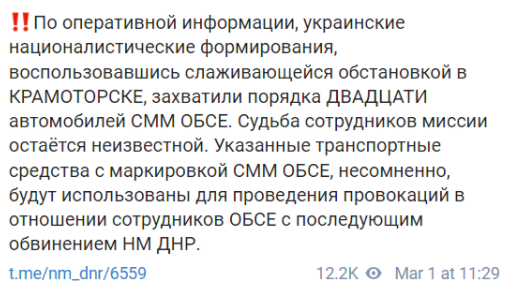 
The Organization for Security and Cooperation in Europe’s (OSCE) Special Mission monitors the situation in Ukraine daily. In a comment to the Ukrainian fact-checking platform StopFake, a spokesperson for the OSCE monitoring mission in Kramatorsk denied the fact that Ukrainian nationalist groups had hijacked mission vehicles. The recent report of the OSCE Mission also does not contain any information about car hijackings in Kramatorsk. According to the report, on March 1st, monitoring groups were evacuated from the Donetsk and Lugansk patrol centres, while the Kharkiv monitoring group was relocated to the Dnieper. The decision to temporarily evacuate members of the OSCE monitoring mission was made on February 25th. 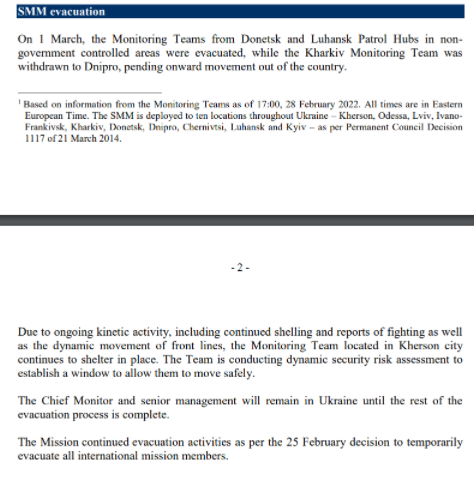