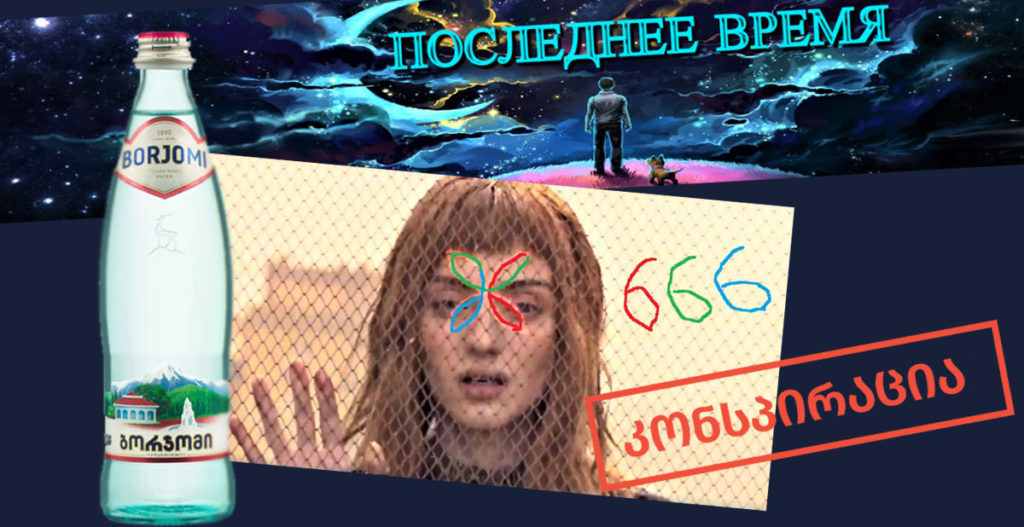 On August 15th, the Facebook account “Bolo Zhamis Kristianebi” published a Russian video regarding the advertisement of the Georgian mineral water “Borjomi.” The video links the new logo of “Borjomi” with the sign of the beast – 666. According to the description, the three leaves portrayed in the video signify the third spiral of the DNA, while their combination gives us the number 666. Accordingly, the advertisement hints at the hidden attempts to change our DNA, which is now carried out through the “genetic injections.” The video was shared with the group “Samartali Mepis Salhelit” and was also published by the anti-vaxxer Dato Salukvadze. 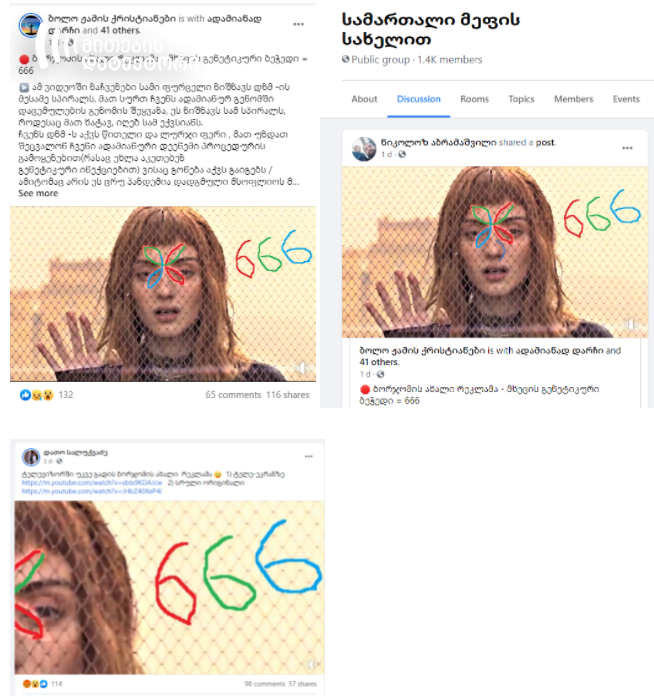 The claim that the new advertisement of Borjomi includes number 666 and concerns the modification of the genetic code is a conspiracy theory. In reality, the ad of Borjomi accentuates the origin of the juvenile water, while the new symbol is inspired by the cross of Bolnisi.

“Myth Detector” has spoken with Naniko Kuprashvili, the public relations manager of “Borjomi.” She clarified that the ornament used in the video was created especially for the video and unites three distinct things: Georgian identity, the stream of Borjomi and a deer – the symbol of Borjomi. The inspiration of the symbol is the cross of Bolnisi, which is also engraved on the Georgian flag. Kuprashvili further stressed that the sole reason behind the creation of the symbol was the video.

The new video clip of “Borjomi” appeared on social media on July 22nd. 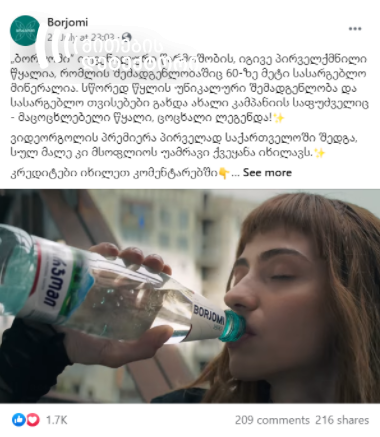 The video was created in the framework of the new advertising campaign of “Borjomi,” which is focused on the history of discovering juvenile water. The video indeed showcases the ancient legend about the discovery of the Borjomi water, according to which the deer caught by the hunters was only healed by the Borjomi water.

As for the symbol-ornament, it was created solely for the advertisement. The inspiration for the symbol is the Bolnisi cross engraved on the Georgian flag. The symbol unites three distinct things: Georgian identity, the stream of Borjomi and a deer – the symbol of Borjomi and has nothing to do with genetic modifications and the number 666. 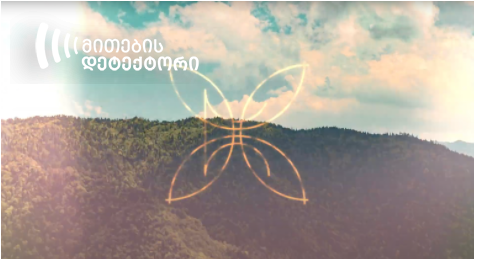 The video was taken by the European creative agency “Virtue” and premiered in Georgia; however, the video will be circulated in Europe, Central Asia and the US. 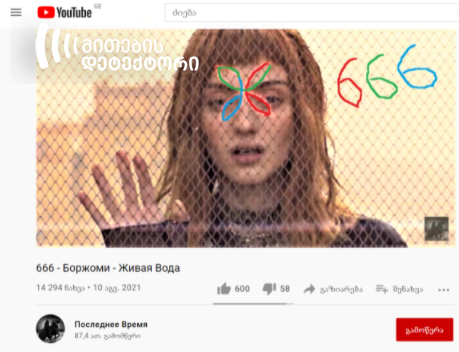 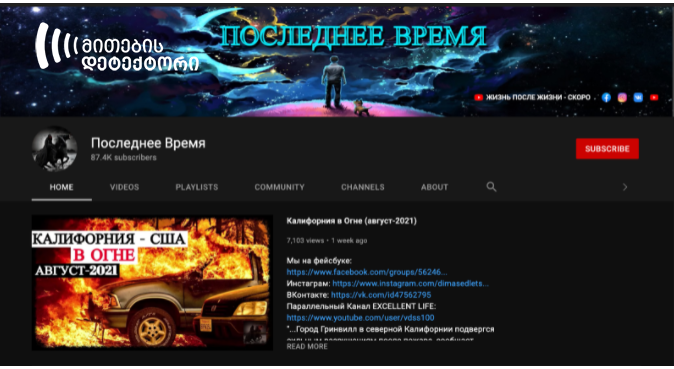 The conspiracy video based on the new Borjomi ad was originally published by the YouTube channel Последнее Время on August 10th.

The “about us” section of the channel indicates that the Second Advent is near and the god will soon return to earth. Also, if the users have the will bestowed by God himself, they can financially support the channel through transferring money to the indicated bank account.” 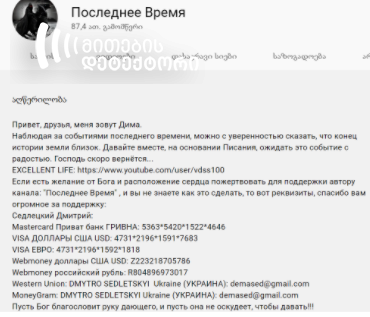