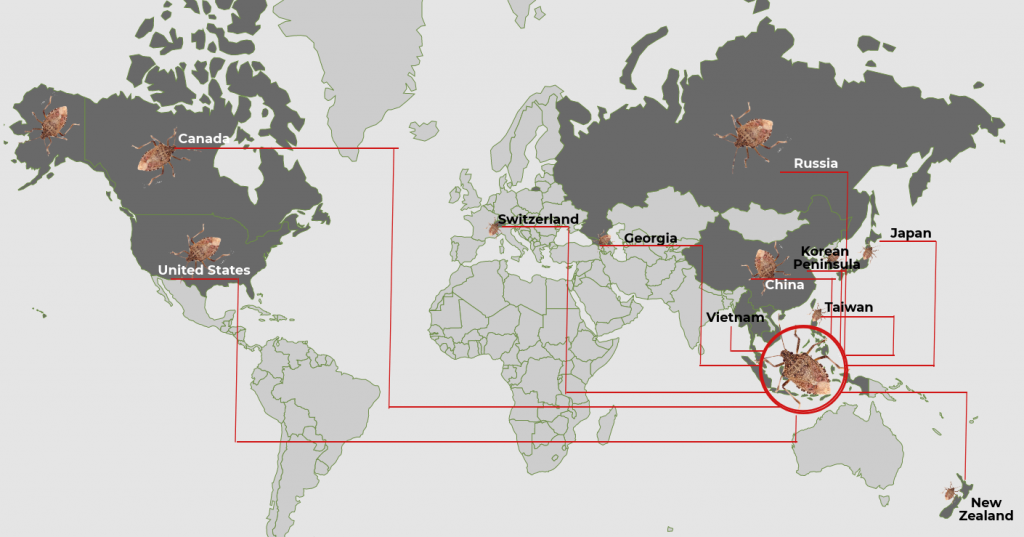 On March 30, the press-secretary of the Federal Service for Veterinary and Phytosanitary Surveillance of Russia (“Rosselkhoznadzor”), Yulia Melano stated in an interview with Российская газета (The Russian Newspaper) that the brown marmorated stink bug, also known as the Asian bug, common in Abkhazia, might be artificially produced under “a biological sabotage”. She also noted that several American bio-laboratories operate in Georgia.

On March 31, the Government of the occupied Abkhazia, with the aim of stopping the import and dissemination of the Asian bug to Abkhazia, banned the import of vegetable products from the territory, controlled by Georgia. Russia, on its behalf, introduced restrictions on the import of fruit and nut products from Abkhazia for an indefinite period.

The claim that the Asian bug has been artificially produced on the territory of Georgia in the framework of a biological sabotage, is disinformation. The bug (Halyomorpha halys Stål) originates from the South-East Asia, where it has spread across China, Japan, Korean peninsula, Taiwan and Vietnam. Since 1996, the pest has been noticed in the United States and Canada, in 2007 – in Switzerland, and in 2010 – in New Zealand. Since 2015-2016, the Asian bug intensively spread in Russia and Georgia, specifically in Abkhazia, where the maximal concentration of the pest can be found in Gulripshi and Sokhumi districts.

Portraying Richard Lugar Public Health Research Center in Tbilisi, Georgia as a military facility and accusing it of producing biological weapons is a well-known message of the Russian propaganda, which the representatives of the Government of Russia and pro-Kremlin media outlets have been disseminating for years. An MP of the State Duma of the Russian Federation and the former Main Sanitary, Gennadiy Onishchenko, accused the Lugar Center in 2016 of artificially producing Zika virus in Abkhazia, while in 2013 he connected it with the spread of African swine flu in Russia.

Periodically, pro-Kremlin media attributes both the dissemination of swine flu and the production of the chemical weapon used in Syria to the Lugar Center (see the infographic 1 ; Infographic 2 ). 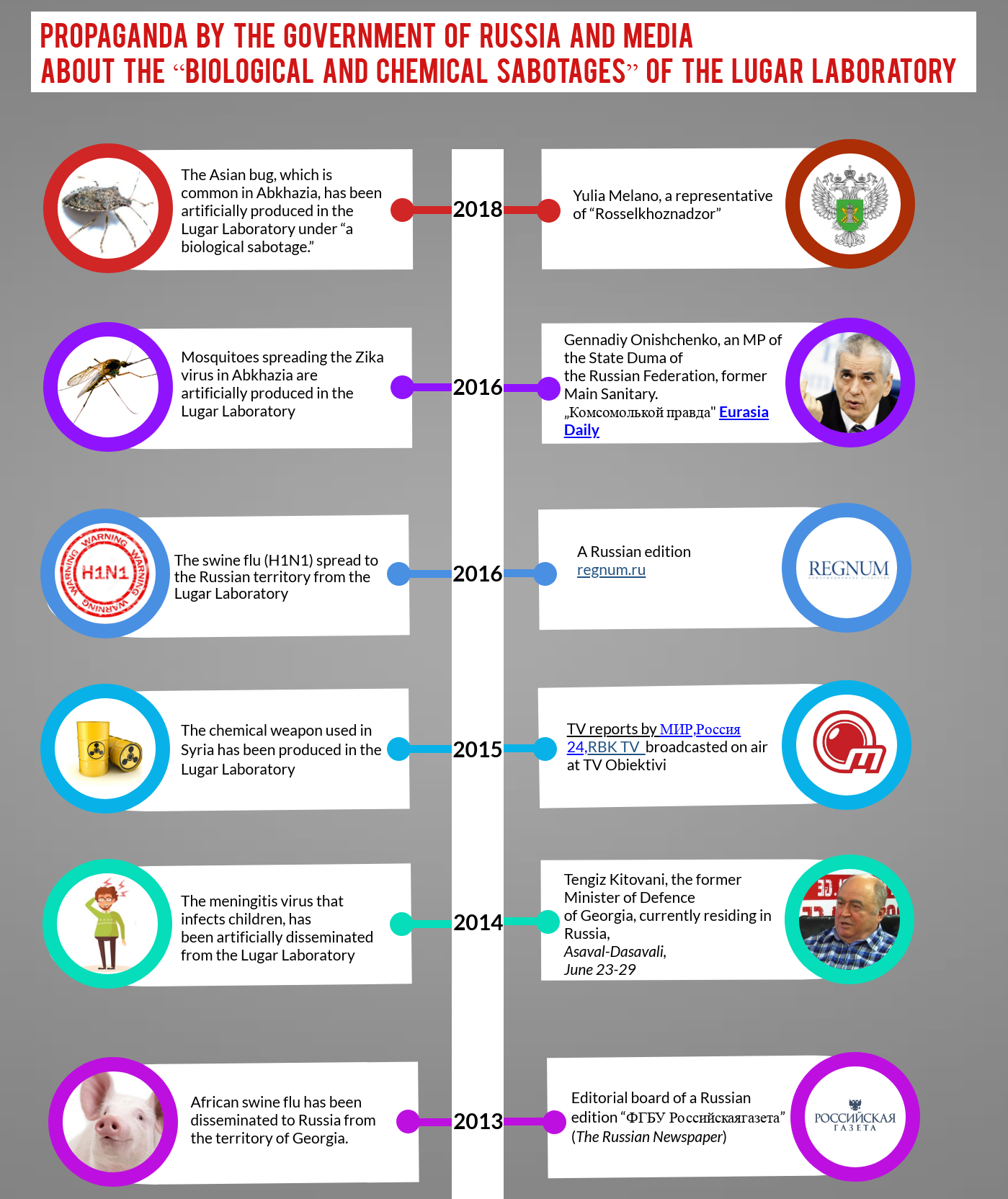 Origin and dissemination of the Asian bug 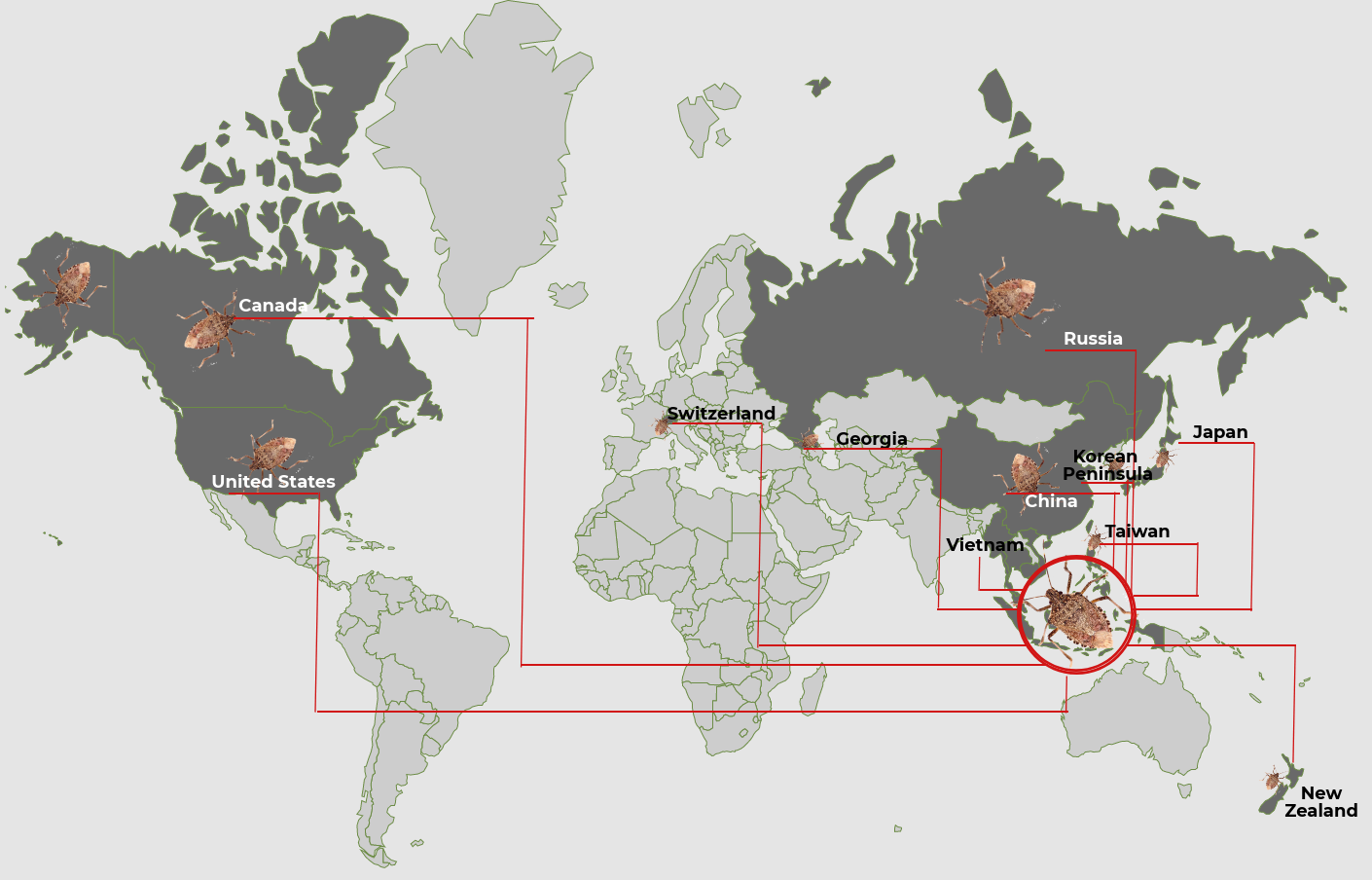 The Richard Lugar Public Health Research Center was opened in 2011 within the framework of the 1997 Umbrella Agreement and the 2002 Agreement signed by the U.S. Department of Defense and the Ministry of Defense of Georgia.

In 2013 it became a central part of the National Center for Disease Control and Public Health (NCDC). From 2018, the Government of Georgia will take a responsibility for full funding and operation of the Laboratory Network.

The key priorities of the Richard Lugar Center for Public Health Research, U.S.-funded biological research laboratory in Tbilisi outskirts, are: