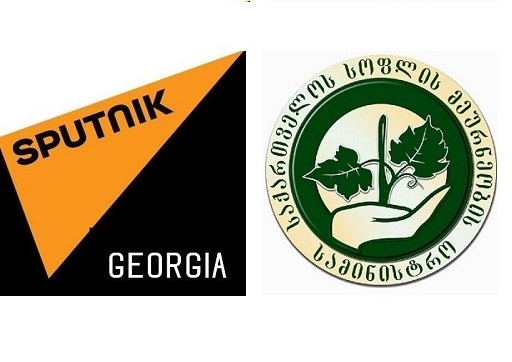 Zurab Chekurishvili, Advisor to the Minister of Agriculture of Georgia: “We have now entered the Russian and EU markets. We must work on Europe, as well as on Russia and Asia, which the Ministry of Agriculture already does. Look what is happening in Europe! They have lost the Russian market, but want to bring it back. Why should we throw away everything that has been achieved for the last three years, while Europeans do everything they can to return to the Russian market?

It is going to be much more difficult to sell our products on the European market. It is not as easy as it seems to be – they have excessive [agriculture] production and do not know where to take their own [products]. This does not mean that we should not try to gain a foothold on the European market… We do not wish to deprive any other country of the [Russian] market, but simply want to regain our historical, traditional place.”

The statement of the representative of the Ministry of Agriculture of Georgia is false for the following reasons:

The data of the National Statistics Office of Georgia demonstrates that Georgia exported agriculture products worth 208 million US Dollars to the EU member states in 2015. This figure amount to almost 35% of Georgia’s gross annual agro exports. The value of agriculture products exported from Georgia to the EU almost tripled since 2010. Moreover, the EU-Georgia deep and comprehensive free trade agreement (DCFTA) entered into force in September 2014. The customs duties were lifted between Georgia and the EU member states, and Georgian businesses have been given additional opportunities to gain foothold on the world’s largest market. In the first 6 months of DCFTA, exports of some agriculture products, including hazelnuts and fruit juices, doubled or even tripled.

All those countries that have been oriented towards exporting their goods to Russia have frequently shared economic woes with Moscow because of its militarist foreign policy and non-diversified economy. On the other hand, the EU allows Georgian businesses to operate in a stable, corruption-free environment based on rule of law. Furthermore, It will become easier to export Georgian agriculture products to the EU once the food safety control system is being implemented in accordance with DCFTA for the purpose of lifting non-tariff barriers to trade. The EU is world’s largest market with 500 million consumers and GDP worth more than 18 trillion US Dollars.