Repeated misinformation, stating that ECHR did not react to violations committed by the UNM during their stint in the government 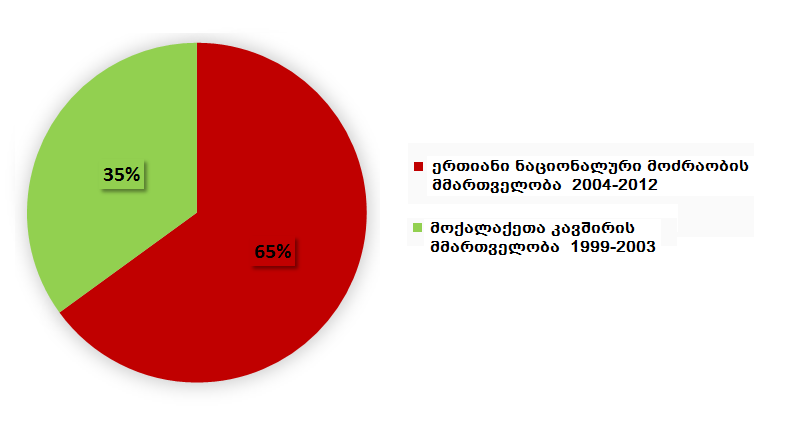 On November 30, 2017, online portal “MarshallPress” published a comment of Inga Berikashvili, a lawyer. In an interview she assesses the decision made by the European Court of Human Rights (ECHR) on the case of former Prime Minister of Georgia Ivane Merabishvili, and notes that during the period of governance by the United National Movement (UNM), the ECHR gave no answer to human rights violations perpetrated in Georgia.

The statement made by Berikashvili is clearly misinformative and is aimed to spur suspicion of Georgian citizens towards European institutions and has no basis in real facts. In reality, most of ECHR decisions (34) formulated against Georgia were made exactly in regards to the Rights that were being violated during the United National Movement government. Most of the judgments existing against the UNM government consist in prohibition of torture, and inhuman or degrading treatment (article 3 of the Convention).

ECHR judgments towards Georgia throughout various governments. As the table below shows, the European Court has made 521 (not including settlements) judgments against Georgia in total, out of which 34 (65%) was violated Rights during UNM government, whereas 18 (35%) during the government of the Union of Citizens of Georgia. Detailed information on the decisions taken by the ECHR against Georgia during the course previous government can be found in our prior publication, by following the link.

On 28 November 2017, the Grand Chamber of the European Court of Human Rights sustained the Court’s decision of 14 June 2016, by once again stating the violation of Article 18 of the Convention against Merabishvili. The aforementioned article prohibits the use of preliminary detention without an explicit purpose.