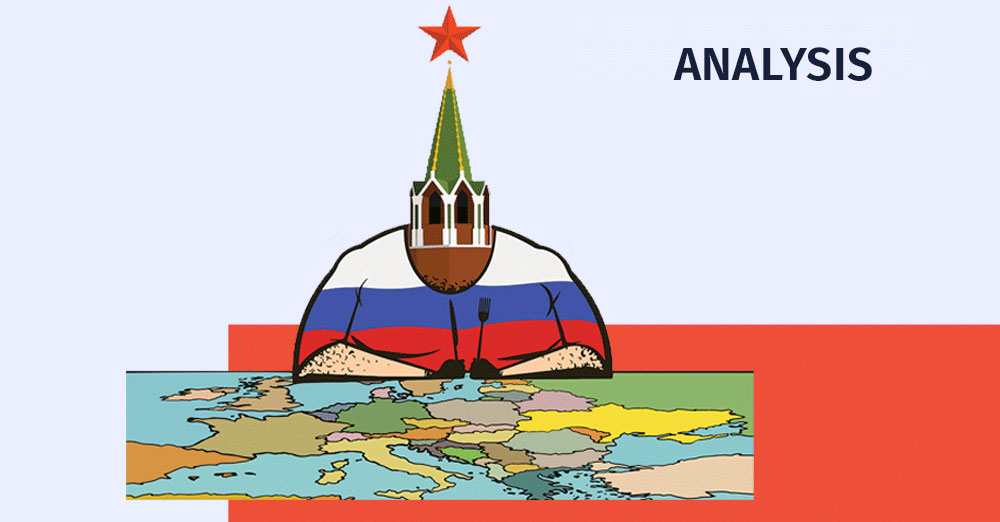 Georgia’s vulnerability to Kremlin influence increased after the parliamentary elections of 2020, bolstered by the combination of internal problems, extremely  polarized environment, fragile democratic institutions and an ambiguous foreign policy pursued by the ruling ‘Georgian Dream’ party.

Foreign Minister David Zalkaliani’s statement on October 8 that even though Tbilisi finds it “very hard” to join the so-called 3+3 platform of regional cooperation (involving Russia, Turkey, Iran as well as Armenia, Azerbaijan and Georgia), Georgia “must not be lagging behind processes,” raised suspicions about Georgia being potentially dragged back to the Russian orbit. Although the Ministry of Foreign Affairs of Georgia accused the media of misinterpreting Zalkaniani’s words, (stating that sovereignty and territorial integrity are the ‘red lines’) the initial comment made in an interview with Georgian Public Broadcaster makes it clear that the Minister voiced some “food for thought” for the public about the engagement of Georgia in “major geopolitical projects and relations” in some form or another.

Noteworthy, Georgia’s Foreign Minister’s comment on a new regional initiative came out a day after Sergey Lavrov, his Russian counterpart, advised Georgia to enhance regional cooperation. During the visit of a top Iranian diplomat Hossein Amir-Abdollahian to Moscow, Lavrov asserted the Russian willingness for Georgia to “despite its current problems, realise its fundamental interest in creating such a mechanism for consultations and approving decisions for the accelerated development of this region, which had been held back for a long time by the ongoing conflicts.”  The 3+3 format, voiced initially by Turkish President Recep Tayyip Erdoğan after the end of renewed Armenian-Azerbaijan six-week war over Nagorno-Karabakh in 2020, is a regional initiative that envisages cooperation in the field of trade, infrastructure, transportation and issues concerning security in the South Caucasus. This platform is harshly criticized for its anti-Western nature in addition to going against the national interest of Georgia due to the ongoing occupation of its territories. Some experts think that any form of cooperation with the occupier will undermine Georgia’s position to defend its raison d’état.

The formula – first de-occupation, then dialogue – is detested by the Kremlin proxies in Georgia (Political parties: Alliance of Patriots, Eri, conservative movement; media: Alt-Info TV, Obieqtivi TV; and Primakov Georgia-Russian Public Center), as they advocate for direct talks with Russia and oppose the Geneva international format mediated by Georgia’s strategic partners and international organizations. Staying alone vis-à-vis the aggressor country without international partners entails a risk of the Kremlin taking the role of mediator between parties (Georgians and Abkazians and Ossetians) rather than taking responsibility for invasion.

In light of the resumption of armed conflict between Armenia and Azerbaijan over Nagorno Karabakh in 2020,  pro-Kremlin media was, on the one hand, emphasising the special role of Russia in the conflict settlement, and the problematic nature of Turkey’s increased influence in the region, on the other. Georgian proxies were also vocal in insisting that only Russia can contain Turkey and protect Georgia from the Turkish threat.

In addition to the 3+3 regional cooperation platform, the Georgian Government has been criticized locally and internationally for a number of decisions, namely: a) controversial agreement between the Georgian State Security Service and the Belarus State Security Committee (KGB) in light of the Western sanctions against Belarusian authorities over a rigged presidential elections of August 2020; b) withdrawal of the ruling GD party from the agreement brokered by the European Council President Charles Michel, aimed at putting an end to the protracted political crisis ahead of October municipality elections; c) refusal to take a 75-million-euro EU conditional loan following an EU threat to cut financial assistance in response to Tbilisi’s failure to implement judicial reforms.

The decision to turn down the macro-financial assistance of the EU prior to the local self-government elections was perceived among pro-Kremlin and far-right groups as an indication of the Prime Minister’s enhanced degree of independence and the ability to resist the Western pressure. The firm position of the PM on the termination of Namakhvani HPP construction with Turkish investment, in addition to labelling the ‘March for Dignity’ as ‘not reasonable” and contradicrtory to the will of the majority of population, further contributed to the prevalence of xenophobic and homophobic discourses among radical and pro-Kremlin groups.

A rally against Tbilisi Pride, resulting in the injury of 53 journalists, cameramen, and photographers and the deliberate destruction of their equipment to disrupt their journalistic activities, created fertile ground for far-right groups and their Kremlin-backed political agenda. Levan Vasadze, who established a political party “Unity, Essence, Hope” (ERI) in May 2021 and maintains close ties with the Russian Orthodox Church, the World Congress of Families (WCF) and  founder of the Eurasia Movement, far-right philosopher Alexandr Dugin,  was one of the organizers of the violent demonstration against “Tbilisi Pride.” In addition, the anchors of “Alt-Info,” a TV Channel which is also affiliated with Vasadze and his party were among the organizers of the rally, playing an instrumental role in inciting hatred and cultivating aggression as the standard for the political and ideological battle.

“Alt-Info’s” anchors, who were encouraging citizens to vandalize Western symbols and burn EU flags openly stated their intention to paralyze European integration and transform protests against “Western colonizers” into a political movement. Endorsed by Aleksandr Dugin, they were open about their political agenda to seize power and replace liberalism with Christian-conservativism, which envisages governing the state together with the ‘mother church.’ To achieve their goals, these actors accentuate the necessity to empty the informational environment from the media outlets having a critical stance towards the current government.

Noteworthy, on November 20, Alt-Info inaugurated a new political party under the name “Conservative Movement.” The recently-formed party set a clear anti-liberal agenda, entailing the creation of a political force that will pursue the interests of the Georgian people and the orthodox ‘mother church, and starting direct talks with the Russian Federation with no hesitation.

In addition, the former host of Alt-info and the current Secretary-General of the Conservative Movement, Giorgi Kardava, has recently visited Moscow. This is not the first occasion Kardava visited Russia. In September 2021, Kardava, the then-executive chair of the political movement Alternative for Georgia, travelled to Moscow for a business trip to organize a meeting between the members of Alternative for Georgia and Russian high-rank politicians.

Apart from the newly-established “ERI” party, another pro-Kremlin party – the Alliance of Patriots of Georgia – like in previous years, was vocal on the issues favourable to Russia, namely: Military neutrality of Georgia; Neglection of the international format of Geneva talks and settling the conflicts through a direct dialogue with Russia without the involvement of the West; Targeted campaigns against US research institutions accompanied by the messages aiming to convey the idea that due to the internal developments in the USA and the defeat of President Trump in the elections, the US has no moral right to educate others.

To sum up, several factors have contributed to the enhancement of the Russian assets of political influence in Georgia. Namely, the ambiguous response of the Georgian government to the proposed ‘3+3’ cooperation format left room for the local pro-Kremlin actors to advocate for the need for a direct dialogue with Russia. The increased Turkish influence in the 2020 Nagorno Karabakh conflict resulted in the emergence of the political narratives portraying Russia as the sole significant force against Turkish expansionism. In addition, the questionable political decisions made by the incumbent Georgian Dream party to deny the macro-financial assistance of the EU, withdraw from the Charles Michel agreement and cooperate with the Belarusian authorities further fostered the interests of the Russian Federation. Not to mention, the violent events of July 5, 2021, were efficiently cultivated by openly pro-Russian groups to acquire legitimization from the public and transform into political movements.

The full version of the research “Russian and Chinese Influences in Georgia – 2021 Update“ prepared by the Media Development Foundation (MDF) in partnership with the Atlantic Council’s DFRLab, Civic Idea, and Georgia’s Reforms Associates (GRASS) is available here.

This Report has been produced under the two-years project implemented by the Prague-based European Values Center for Security Policy in Georgia.