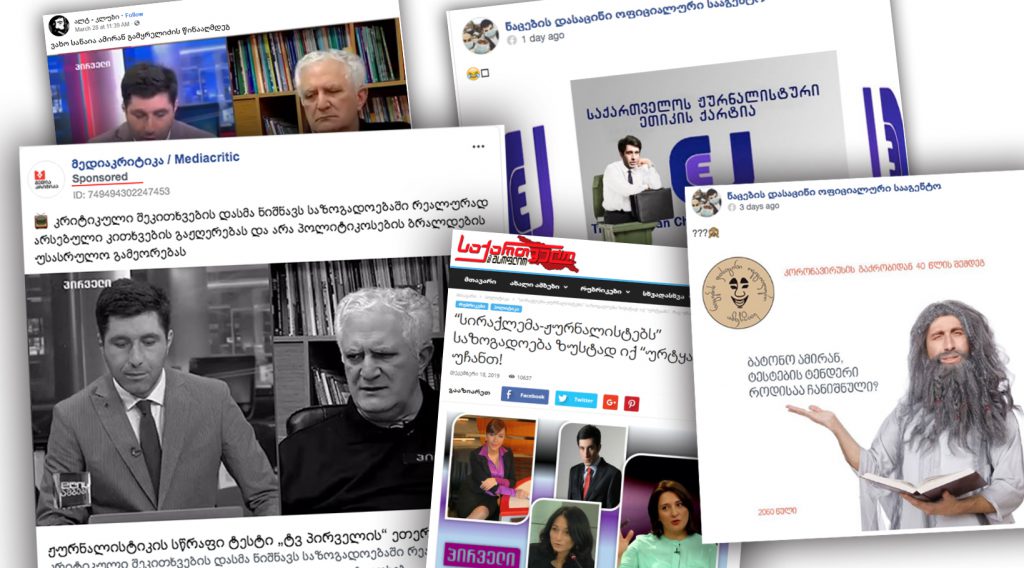 The interview of TV Pirveli journalist Vakho Sanaia with Director of the National Center for Disease Control and Public Health, Amiran Gamkrelidze aired on March 28 has triggered strong criticism against the journalist. An organized campaign against Sanaia emerged after the journalist asked clarifying questions about the government’s coronavirus response and testing.

Antiliberal Facebook pages, as well as pro-government media outlets launched an openly discrediting campaign. The posts insulting Vakho Sanaia were shared by anti-opposition and pro-government Facebook groups. Mediacritic.ge, an online platform created by Georgian National Communications Commission (GNCC), also criticized the journalist for asking critical questions with Zviad Avaliani, manager of Obieqtivi, a TV channel known for its hate speech and anti-Western sentiments, dedicating an article to the issue, which was published on Mediacritic.ge as a sponsored post. A pro-Kremlin edition Georgia and World also joined the campaign against Vakho Sanaia and prepared an article against TV Pirveli. 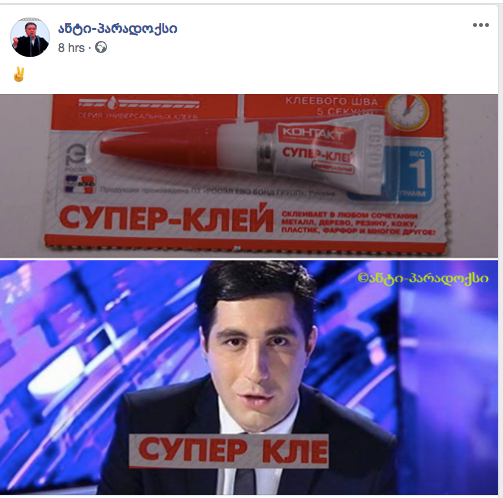 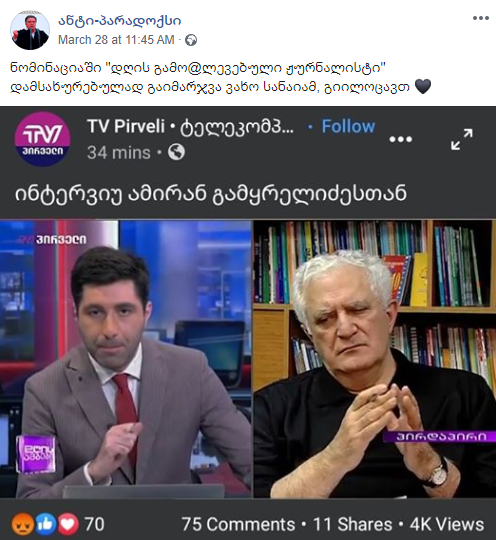 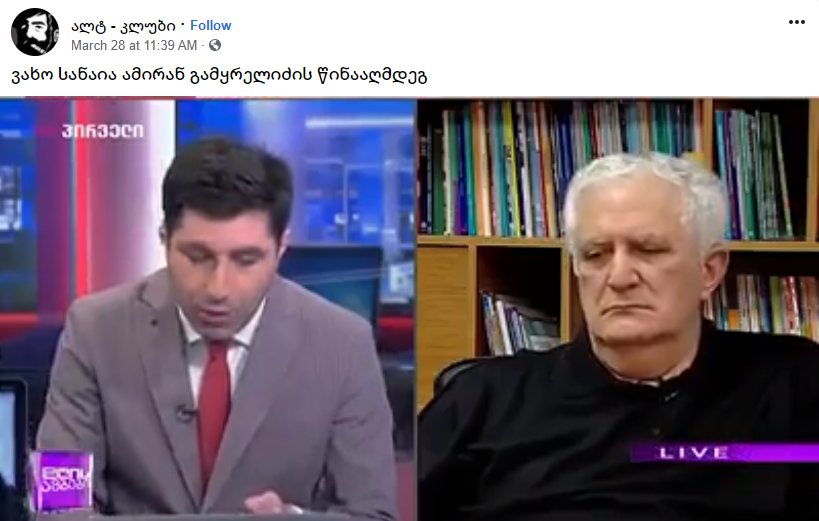 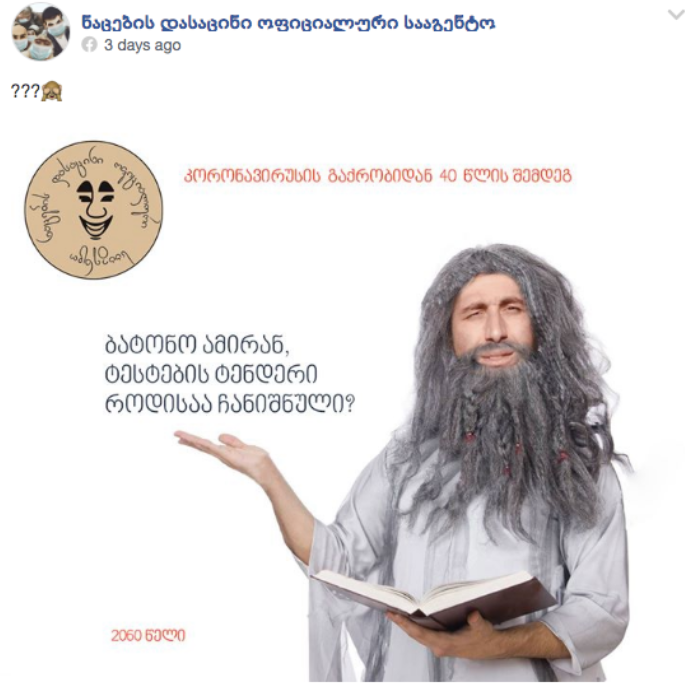 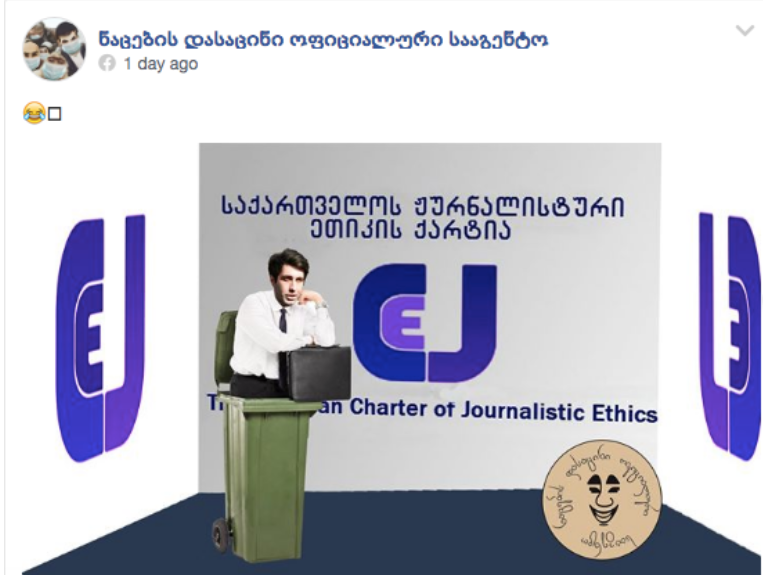 The statement made by Soso Manjavidze, pro-government expert, according to which TV Pirveli is trying to demoralize the epidemiologists and the government in an attempt to shift the entire blame for the peak of epidemic onto the lack of rapid tests, was published by online media outlets  progressnews.ge, for.ge, Alia and Facebook page “დედაქალაქი” (Capital) on March 28-29. The headlines of their publications mainly contained negative connotations towards the journalist and TV Pirveli. 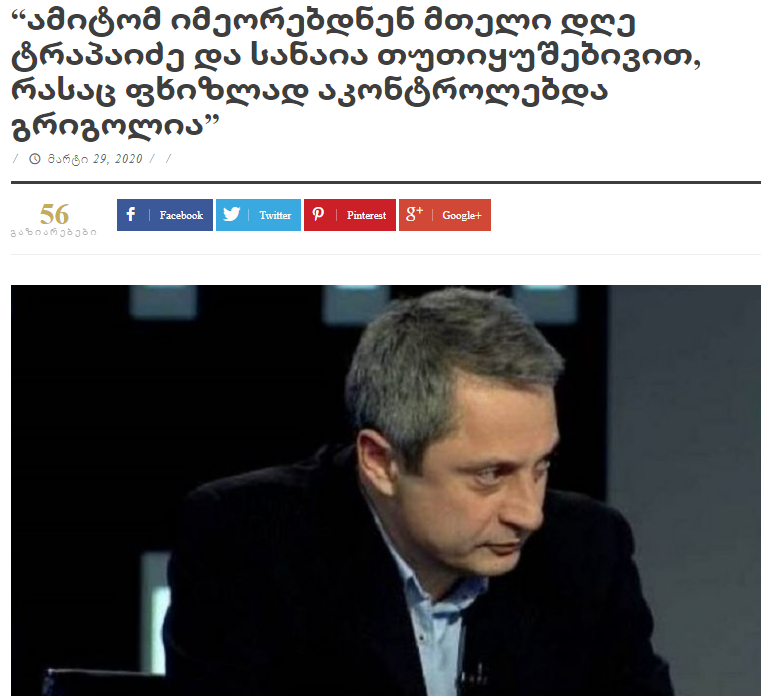 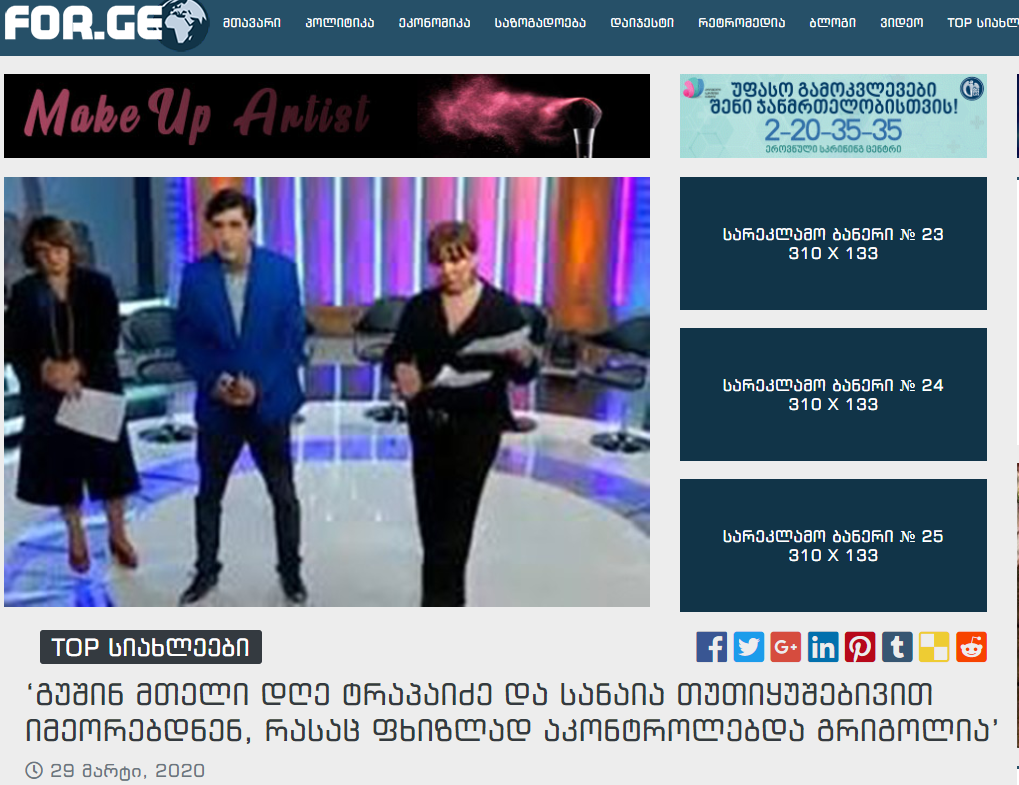 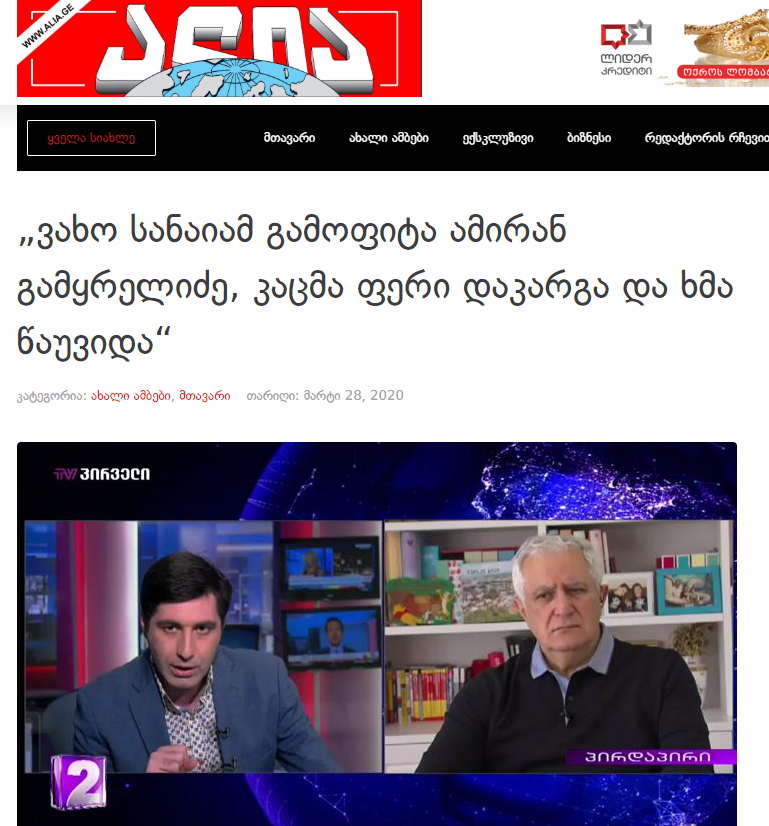 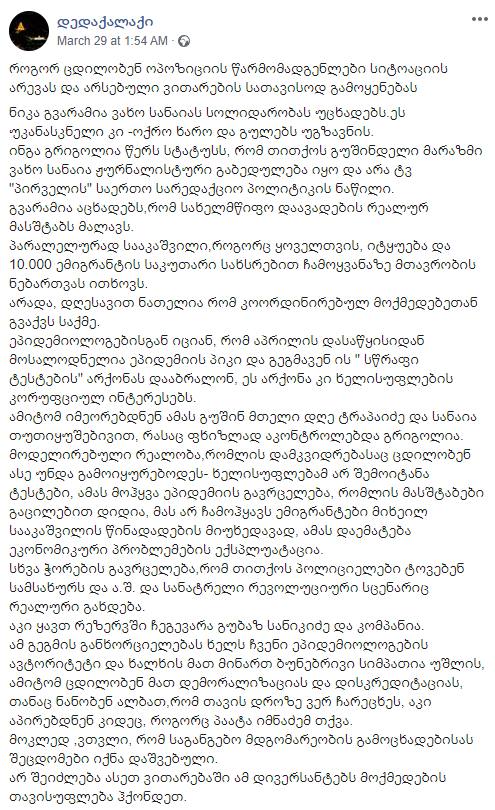 Besides antiliberal and anti-opposition Facebook pages, Vakho Sanaia was also criticized at GNCC’s Mediacritic.ge platform for his critical questions. On March 31, Mediacritic.ge published an article by Zviad Avaliani, Obieqtivi TV manager and host, headlined “Rapid test of journalism at Obieqtivi TV.” The host of the TV channel affiliated with the Alliance of Patriots party saw the interests of one particular political group in TV Pirveli’s critical questions and supposed that Sanaia’s questions were part of an organized campaign aimed at discrediting the health sector.

Zviad Avaliani: “It is unclear why a media outlet should repeat a narrative of any particular political group as an unconditional truth, or why should not it have critical questions towards this narrative itself…

It is worth noting that the platform created by the Georgian National Communications Commission published the article as a sponsored material. 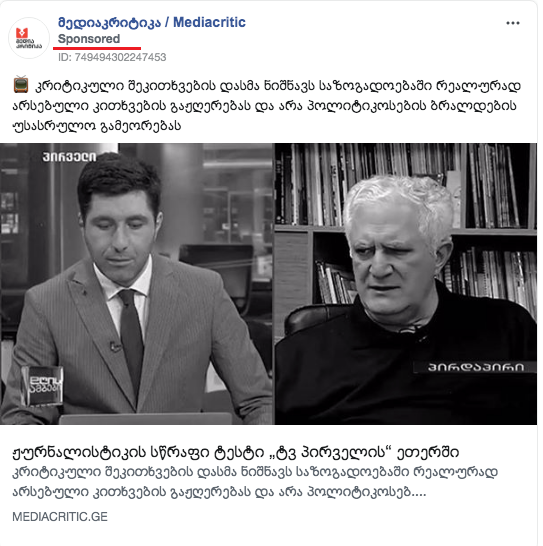 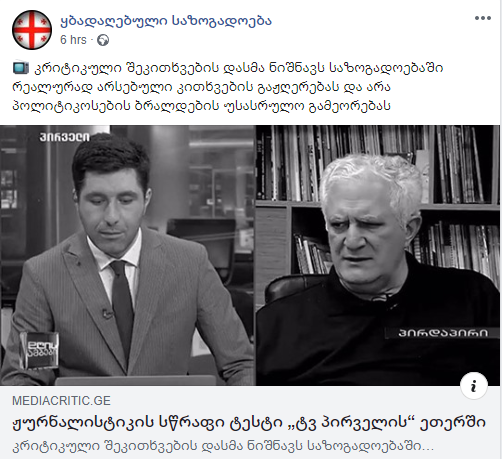 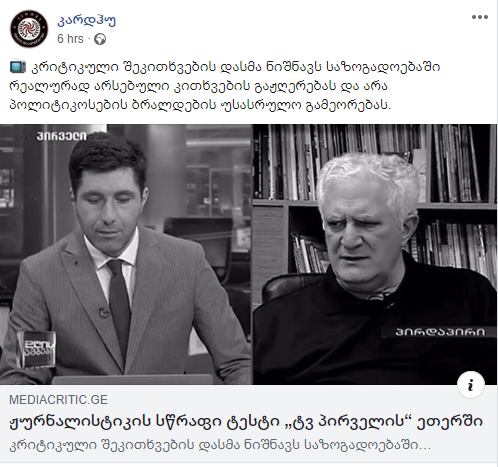 On March 30, a pro-Russian edition Georgia and World once again shared on its Facebook page an article written by Bakur Svanidze on December 18, 2019 concerning Vakho Sanaia’s interview. The article headlined “The society hits ostrich-journalists in the parts that are seen!” is about TV Pirveli and its journalists, among them Vakho Sanaia. The author notes that TV Pirveli journalists lack professionalism, calling their activities “provocative.” He also claims that he has a video footage showing how TV Pirveli journalists were checking citizens’ pockets during the local elections in an attempt to find lists of activists. 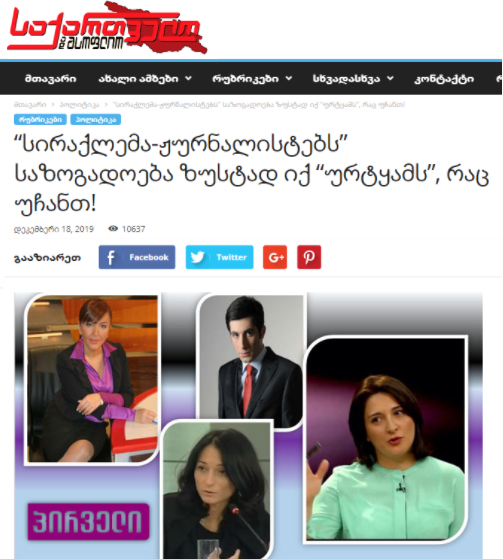