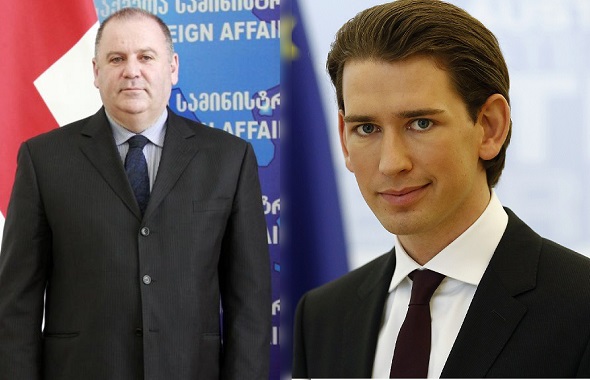 On 5th March, the Georgian and Russian media have spread information as if the Austrian Minister of Foreign Affairs proposed an opening of Refugee Camps in Georgia, Egypt and the Western Balkans.

The primary source of Information is the German tabloid edition BILD.de, which in an interview published on March 4 with the Austrian Foreign Minister Sebastian Kurz, quotes him in stating that the placement centers for the involuntarily displaced people from the Middle East and North Africa should be set up outside of the EU. The location given for such centers would be Egypt, Georgia and the Western Balkan countries. BILD.de as primary source of information was used by Georgian Public Broadcaster, tb24.ge, ambebi.ge, sazogadoeba.ge, primetime.ge, Info9.ge, newposts.ge, “Sputnik Georgia“, Pia.ge. In the Russian media on this topic materials were dispersed by: Парламентская газета, Life.ru, REN-TV, lenta.ru, ntv.ru, Russian-language RT.

To verify the above-said information, Georgian ambassador to Austria, Konstantin Zaldastanishvili contacted the Austrian Foreign Ministry. In his comment with the channel Rustavi-2 the ambassador noted that the Austrian Foreign Affairs Ministry explained, that Sebastian Kurz in his newspaper commentary, specified no distinct commitment and that he just used Georgia as an example like he could have done with many other countries. At the same time the ambassador asserted that no such issue has been discussed with the Georgian side in any bilateral format, neither was any such topic up for deliberation during Kurz’s visit to Georgia.

According to the statement by the Minister for Internally Displaced Persons from the Occupied Territories, Accommodation and Refugees of Georgia, Sozar Subari, there is no official commitment or agreement about placing a Centre for Refugees in Georgia. There is no plan for creating refugee camps and there never was.

Tb24 issued an article with the manipulative title “Russia will not allow the deployment of Syrian refugees to Georgia ” because in his input with “RIA Novosti” Franz Klintsevich did not mention Syria.