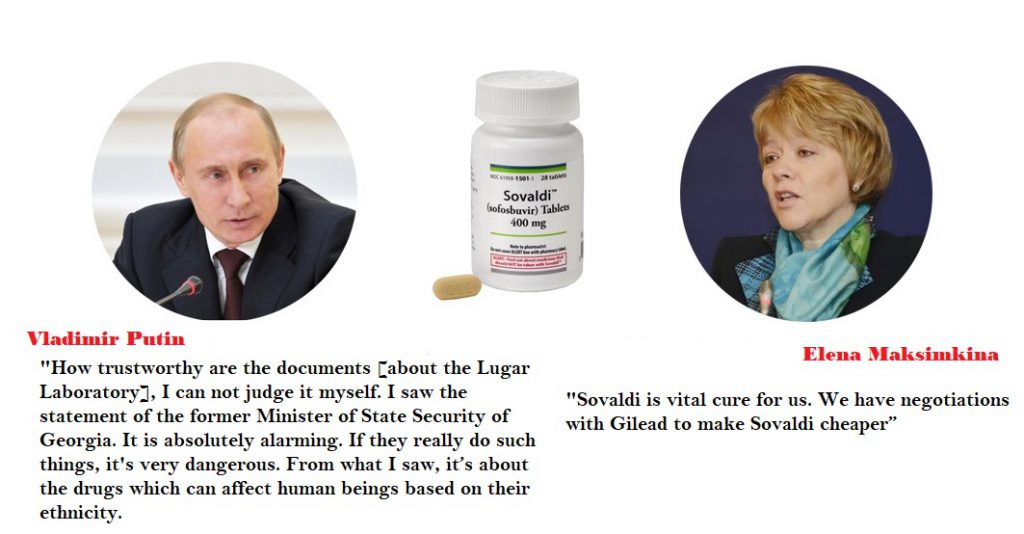 On October 18, 2018, during the final session of the club Valdai, held annually in Sochi, Russian President Vladimir Putin talked about the conspiracies about Lugar Laboratory disseminated by the former Minister of State Security of Georgia Igor Giorgadze. According to Putin, the experiments on humans carried out by the Lugar Laboratory are alarming because the drugs that are being tested are able to make genetic changes in whole generations according to national origin.

Putin: “How trustworthy are the documents [about the Lugar Laboratory], I can not judge it myself. I saw the statement of the former Minister of State Security of Georgia. It is absolutely alarming. If they really do such things, it’s very dangerous. From what I saw, it’s about the drugs which can affect human beings based on their ethnicity.

A drug, which was the subject of Vladimir Putin’s speech and documents disseminated by Igor Giorgadze is Sovaldi, medication against Hepatitis C. Sovaldi  has been registered in Russia by the Ministry of Health since 2016 and is going to be listed among vital medications of 2019.  The reason behind Sovaldi not being yet accessible for the population is the price of the medication. Russia has been negotiating with Gilead, the company which produces Sovaldi, for several years, to obtain a license for producing Sovaldi or Sovaldi-like medications on Russian territory with cheaper costs.