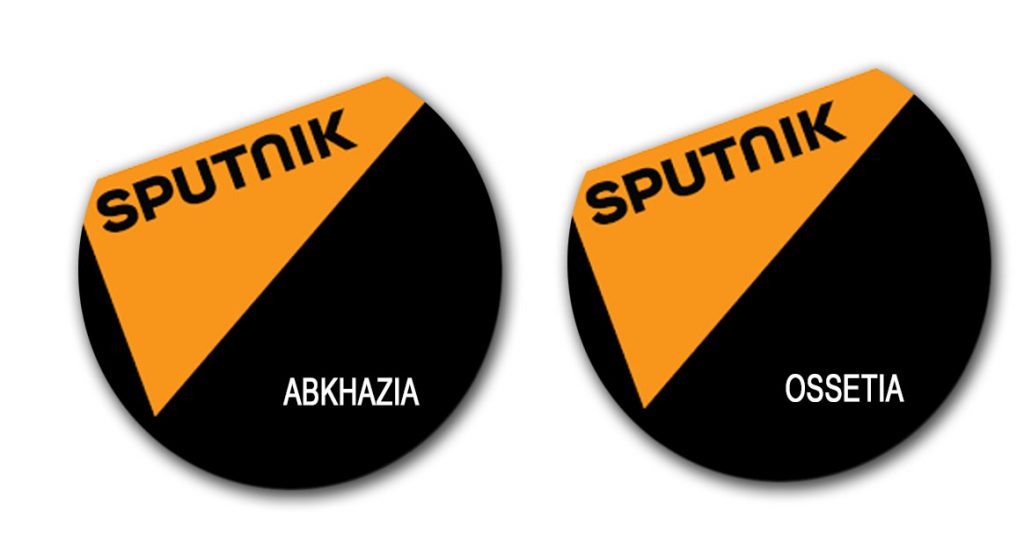 Kremlin’s online media outlets, Sputnik-Ossetia and Sputnik-Abkhazia, are actively operating in Georgia’s occupied regions of South Ossetia and Abkhazia. These websites are one of the sources of information for the people living in these regions. Kremlin’s propaganda machine is trying to achieve its goals through Sputnik media outlets. Its goal is to portray Georgia as an aggressor who is supported by the West and, especially, the United States in carrying out “military aggression” through providing both financial and military aid, involving training of Georgian troops. Moreover, NATO is portrayed as the alliance posing a direct threat to the so called statehood of the self-proclaimed republics.

Against this background, Russia is portrayed as the only ally and “patron” for the population of the occupied regions, as if Russia is the only guarantor for the regimes of Tskhinvali and Sokhumi, protecting them against Georgia’s open aggression.

According to another tendency, they are trying to incite fear among local population as if they are facing a threat of war, because Georgia is going to attack them; however, it should be noted that the Georgian government is in favor of peace policy in respect of the occupied regions and uses all international platforms to promote a dialogue.

A serious tendency of pro-Russian and anti-Western propaganda has been observed in the articles released by Sputnik-Ossetia and Sputnik-Abkhazia. Therefore, this issue is important and needs comprehensive analysis. Certain bias is also observed in the headlines of its news articles. For example:

“Saw and destroyed: Exercises of Russian missiles in Abkhazia”

“NATO as a threat: what did South Ossetia tell the participants of the Geneva Discussions?”

“The EU monitors have violated the South Ossetian border”

Georgia as an aggressor

“Tristan and Lyudmila: How does the family forcibly expelled from Ossetia live?”

“Bibilov: We do not expect anything new from the Geneva Discussions”

“Georgia continues to fuel up tensions near the South Ossetian borders”

“Hard power efforts are used to amplify the soft power efforts, by creating the environment full of fear and anxiety. “Borderization” and military build-up near the occupation line is always a clear signal for Georgian citizens that Russia is never hesitant to use military force in case of necessity. Additionally, various cooperation agreements with the occupied territories prove Russia’s superiority vis-à-vis the international system and international laws. Russia’s foreign interventions (Syria, Ukraine) represent a strong propaganda tool,” Giorgi Lomtadze wrote in the article headlined “Russia’s Soft and Hard Power in Georgia” in 2017.

This is still a pressing issue. Manoni Bokuchava, media researcher, says that Russia constantly tries to form a public opinion in its target countries, using fake news, manipulations and even operating “troll factories” for this purpose. Bokuchava explains that the Kremlin has a complex approach towards the issue.

“The Russian government has long realized the power of public opinion. Therefore, it has studied the countries, where it wants to have an influence on important processes. It knows all the issues sensitive to our public and makes its media outlets, as well as social network trolls work on these sentiments. So, it establishes facts, spreads news with a distorted context or simply invents them – everything is done deliberately, for anti-Western propaganda. The purpose of my research was to study local Russian-language media outlets in the occupied regions of Abkhazia and South Ossetia. I observed their coverage of various topics related to Georgia, Russia, EU and NATO. I can say that the majority of media outlets working there have a general line and they are following this line, which is far from journalism. Our country has received a number of recommendations on anti-Western propaganda from both local organizations and international community. It is “the war” and given the scales of the problem, it is important for the government to work on this issue. It is not enough to develop a strategy and actually reveal a tenth-rate approach towards the issue,” says Manoni Bokuchava, PhD student of TSU’s Mass Communications Department.

Professor Zaza Tsotniashvili, expert in conflict resolution issues, says that Sputnik is one of the powerful weapons of Kremlin’s propaganda machine and that serious hybrid warfare is underway, including in Georgia’s occupied regions.

“Russia is trying to increase its influences not only in the post-Soviet space, but throughout the world. Just therefore, Kremlin-affiliated media outlets were banned in several countries. I think that it is a very dangerous issue, because it contains a threat of public polarization stemming from Russian interests. As far as the occupied territories are concerned, Sputnik is very active here. They are covering local developments, as well as the global situation. They are also posting information about Georgia. Naturally, this coverage lacks impartiality and has a single goal to maintain Russian influence. Residents of the occupied regions are actually living in the information vacuum,” Tsotniashvili says.

According to EUvsDisinfo, Sputnik is a Russian project aimed to influence international public opinion. According to the same information, this outlet presents itself as media that provides alternative views to the mainstream in international news reporting. “There are a lot of news stories throughout the world, but media outlets cover one and the same five stories. They created a vacuum that we filled. RT and Sputnik found their niche, they are working on the stories, which other media outlets are bypassing,” says Anna Belkina, Russia Today’s deputy editor in chief and head of communications, marketing and strategic development, who held a seminar on fake news in Tbilisi this year. However, we should remember three important facts:

According to EUvsDisinfo, Sputnik was created by a Presidential decree with the aim to “report on the state policy of Russia abroad”. But the fact is that this media outlet is financed by the Kremlin. “The epoch of impartial journalism has ended. Impartial journalism is a myth,” says Dmitry Kiselyov, director general of Россия Сегодня, Russia’s propagandistic media agency.

In 2017, American media wrote about the confession of Sputnik’s former journalist based in Washington. Andrew Feinberg, who worked for Sputnik during several months, provided the details of how news stories are falsified.  “I then explained that I wouldn’t have a problem with working for a state-sponsored news organization – even a Russian one – so long as I had the editorial independence I’d have at any journalism organization, since there are many state-sponsored news organizations, including the BBC, Voice of America, Agence France-Press and Al-Jazeera, that all do excellent work,” Andrew Feinberg wrote in the article “My Life at a Russian Propaganda Network” released by Politico. But later he realized that he was working for a propagandistic media outlet, whose mission was not only to push a Russian narrative, but also to hurt the reputation of the United States and its allies.

According to EUvsDisinfo, Sputnik’s management received weekly instructions from the Kremlin. These instructions include guidelines on political narratives, what should be covered and whom the outlets should not talk about. According to the European Union, the Kremlin spends on its media outlets over EUR 1 billion per year. In addition, EUR 106 million was allocated for a multi-media platform Sputnik created in 2014 as part of Россия Сегодня.

Reporter at “Rustavi 2” Especially for “Myth Detector”
The article is published within the framework of the project #FIGHTFAKE, which is implemented by MDF in cooperation with its partner organisation Deutsche Gesellschaft e.V.