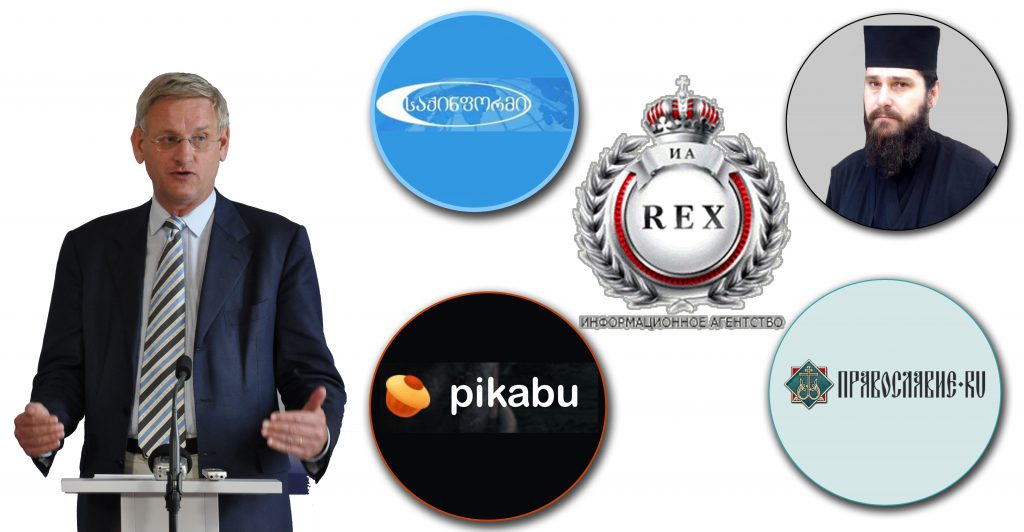 On November 6, 2019, an online edition, Georgia and World released an article headlined “Father Giorgi (Razmadze): we will definitely see the next series of a dirty and smear campaign discrediting the Church and His Holiness.” Giorgi Razmadze, leader of St. Ketevan Martyr’s Church, notes that western leaders are fighting against Christianity; he brings an example of former Swedish Foreign Minister Carl Bildt, who, according to him, names Orthodoxy as the key challenge facing western civilization.

Giorgi Razmadze, a clergyman: “Swedish Foreign Minister Carl Bildt, who was quite an influential political figure then, stated bluntly that Orthodoxy was the key challenge facing western civilization, because it regulated family relations and did not recognize the rights of sexual minorities.”

According to EUvsDisinfo, the fake quote first emerged in 2014, when Metropolitan of Montenegro, Amfilohije Radović, while addressing a religious ceremony, attributed the following words to Carl Bildt: “The biggest mistake of Putin was his return to Orthodoxy, which is worse than Islamic terrorism.”

On May 14, 2014, Carl Bildt posted a message on Twitter, stating that the quote attributed to him was “a complete fake, propaganda from somewhere.”

This quote from me is a complete fake. Propaganda from somewhere. @b92english @b92 http://t.co/LMWlqD1V0n

According to Serbian media outlet b92.net, Amfilohije’s claim is likely related to interpretations of a message posted by Bildt on Twitter on March 24, 2014, where the politician writes: “Perhaps @McFaul underestimating force of Putin’s new anti-Western and anti-decadent line. Building on deeply conservative orthodox ideas.”

Interpretations of Carl Bildt’s quotes were actively spread by Russian media outlets, including Russian news agency ИА РЕХ, which released an article on May 5, 2014 headlined “Orthodoxy is the main threat facing western civilization.” The same quote was also spread on the websites pravoslavie.ru and pikabu.ru. 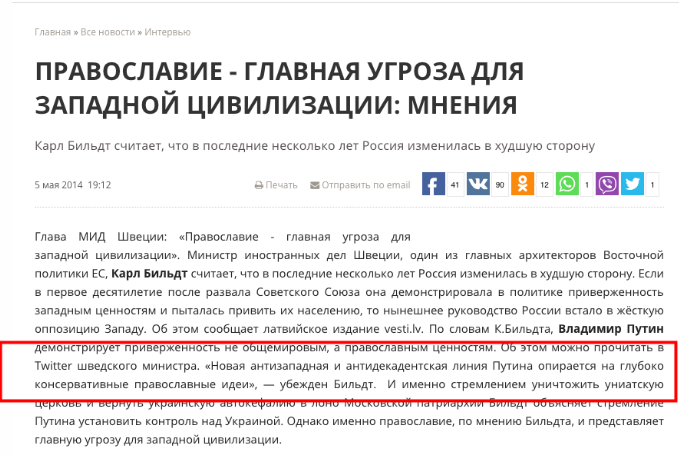 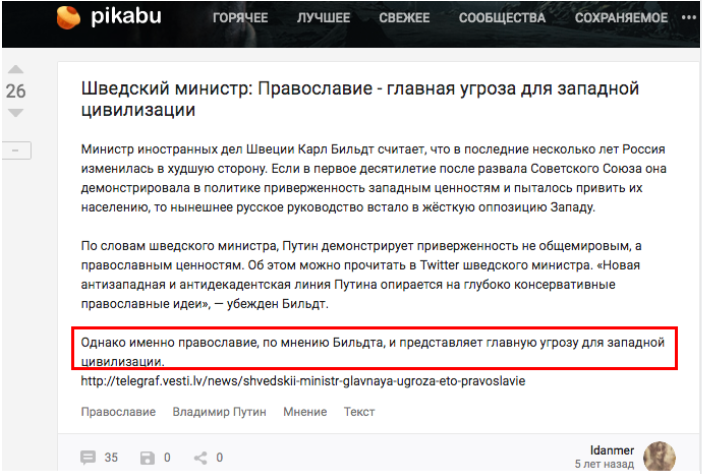 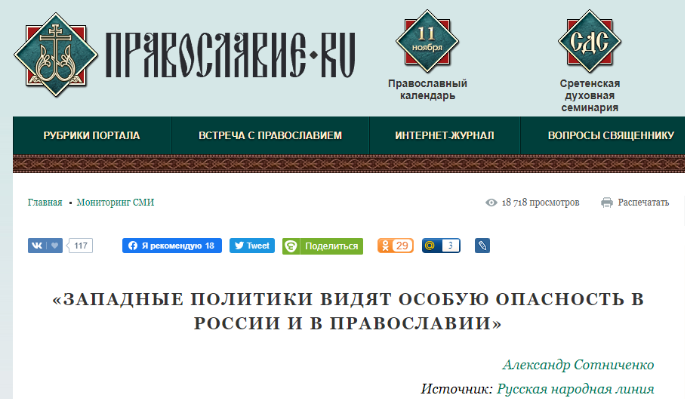 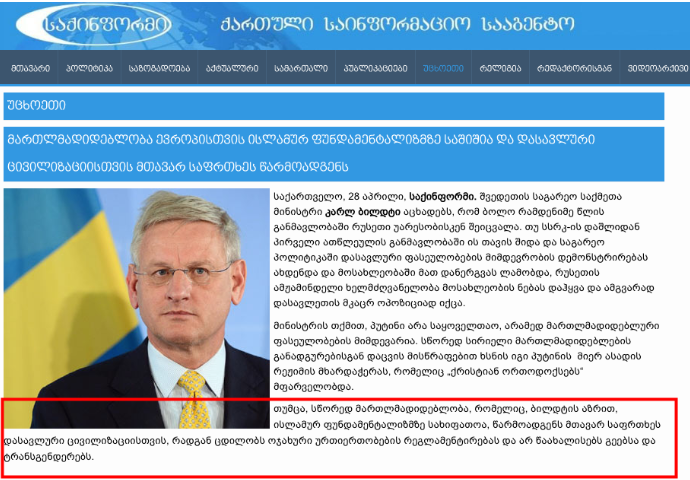 During the same year, the fake quote triggered reactions from politicians. In particular, Gigla Baramidze of the coalition Burjanadze – United Opposition expressed concerns over Bildt’s quote, calling it irresponsible.