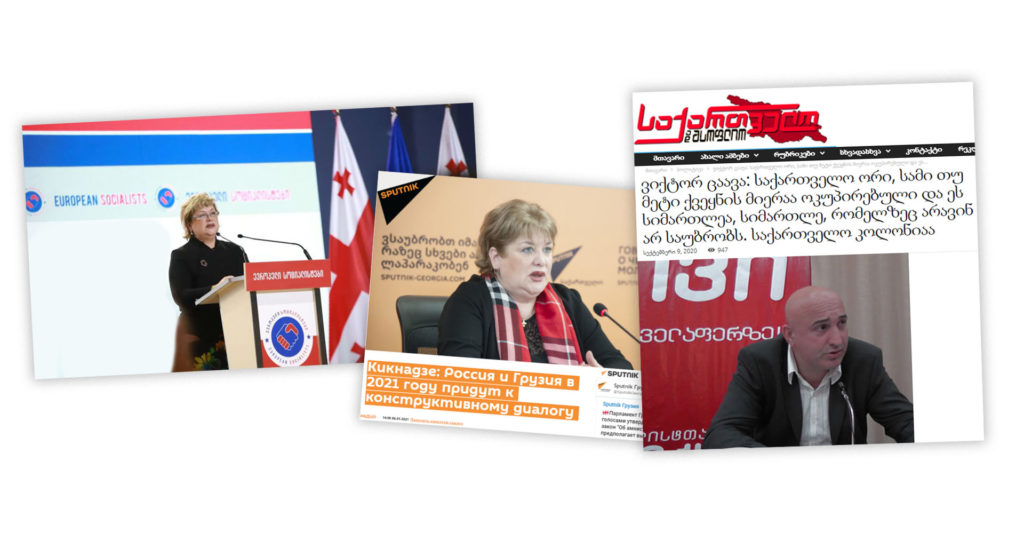 The pro-Russian Alliance of Patriots party has joined Georgia’s major opposition parties in boycotting the new Parliament and demanding repeat elections. However, four MPs from the party’s proportional list   – businessmen Avtandil Enukidze, David Zilpimiani, Pridon Injia and Zaza Mikadze – decided to take up their mandates; later, on January 9, they set up a new European Socialists party.

The ruling Georgian Dream party – the only force present in the Parliament due to the opposition’s boycott – welcomed the businessmen’s decision. Irakli Kobakhidze, one of the leaders of the ruling party, hailed the step as the entry of opposition MPs in the Parliament and noted that pro-Russian members of the Alliance of Patriots decided to stay outside, adding that openly pro-Russian parties will not be represented in the 10th convocation of the Georgian Parliament.

Contrary to the facts about pro-Russian affiliations of the Alliance of Patriots party, on January 5, shortly before the former lawmakers from the party officially registered a new party, Georgian media outlets reported that Georgian Dream sent an information bulletin to international partners, noting that the first opposition party European Socialists that entered the Parliament is a pro-Western force respecting European values.

How pro-Western is the new party?

According to Sputnik-Georgia, Tamar Kiknadze, Giorgi Maglakelidze, Victor Tsaava and Irakli Ubilava, who are frequently featuring in Media Development Foundation’s Anti-Western Propaganda reports, were elected as members of the European Socialists political council. Moreover, they have links with pro-Kremlin media outlets and Tamar Kiknadze is affiliated with Russian government foundations in Georgia.

Myth Detector offers a review of anti-Western and xenophobic messages voiced by the members of the new party’s political council, as well as information about their affiliations with pro-Kremlin organizations.

Tamar Kiknadze, one of the political council members, is affiliated with the Primakov Georgian-Russian Public Center established in 2013 by the Gorchakov Public Diplomacy Support Fund, launched by order of the President of Russia, and the Georgian Institute of International Relations.

Kiknadze frequently participates in various events organized by the Center, along with representatives of the Eurasian Institute and other Kremlin-affiliated actors. Among such events were an expert meeting about Georgian-Russian relations; Archil Sikharulidze’s public lecture “Georgian-Russian relations in the context of the United States and Europe;” Primakov anniversary evening, etc. 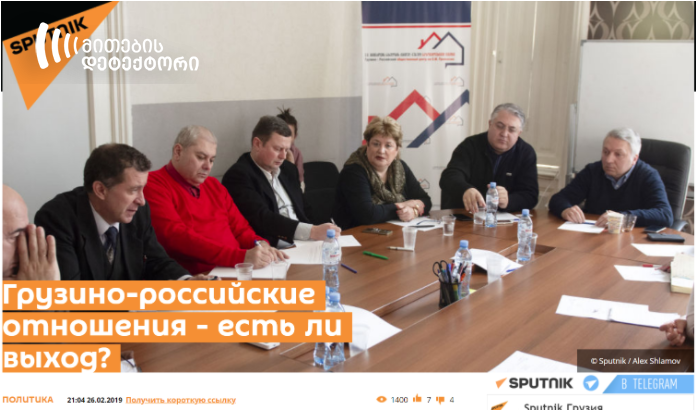 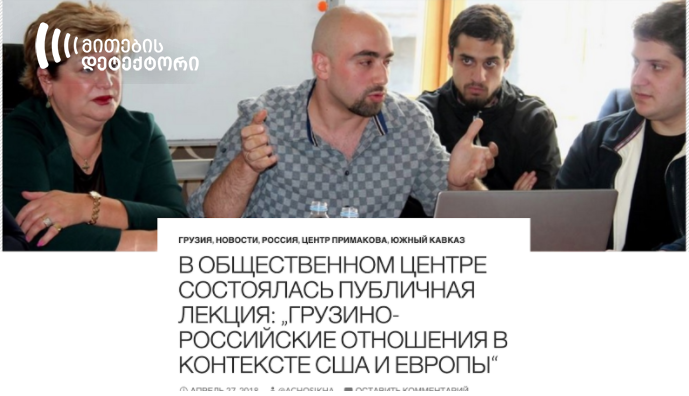 Besides her links with the Primakov Center, Tamar Kiknadze is a frequent respondent of Kremlin’s propaganda platform Sputnik-Georgia. In her interviews in late 2019 and January 2021, she predicted the improvement of Russian-Georgian relations. 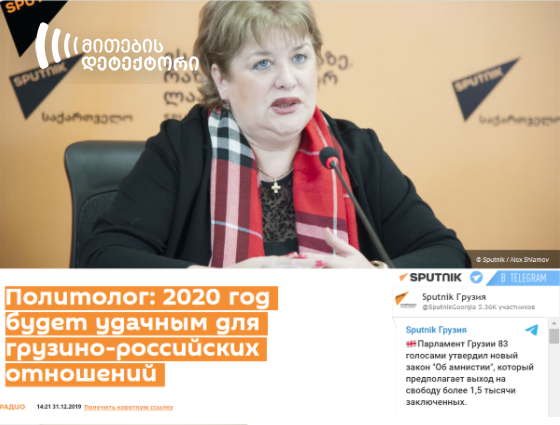 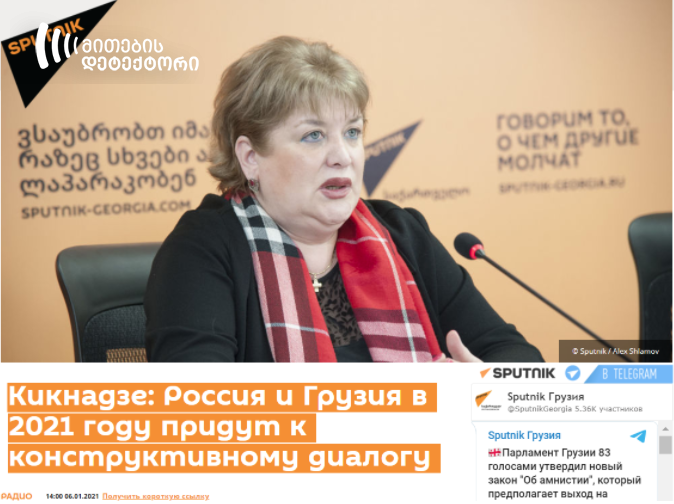 Like Tamar Kiknadze, other members of the European Socialists political council – Giorgi Maglakelidze, Irakli Ubilava and Victor Tsaava, a blogger of a pro-Kremlin media outlet Georgia and World, were frequently making anti-Western and pro-Kremlin statements during previous years. Below, we offer their remarks: