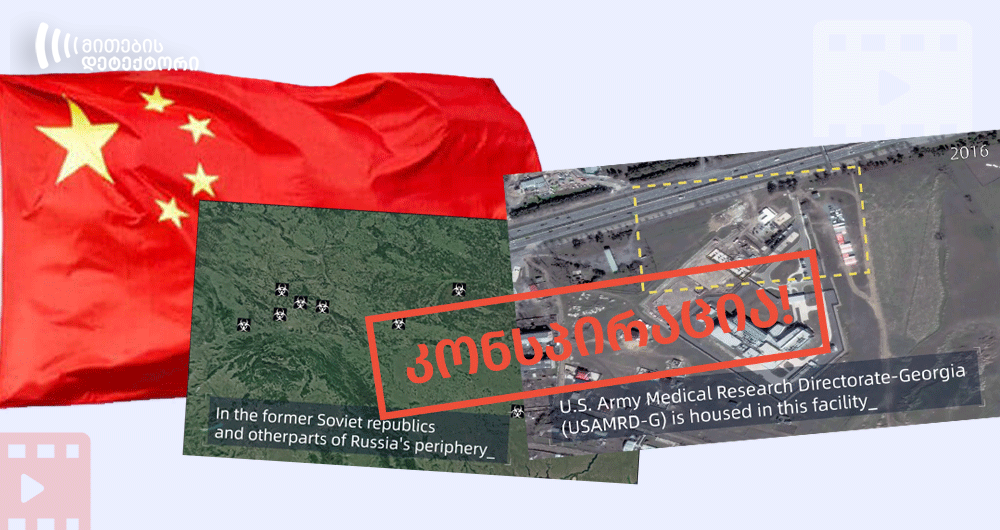 On July 27th, Chinese state media New China TV published a video on YouTube, which showcases American laboratories seen from the satellite. The video claims that the US owns biochemical laboratories in 25 countries, which conduct dangerous experiments and may even become the source of global pandemics.

The mentioned video, along with the comment of lawyer Irakli Zakareishvili was shared by Tvalsazrisi.ge.  Zakareishvili’s comment claims that the Lugar Laboratory holds one of the leading roles among the 25 US-controlled labs and that the spread of the “COVID infection” is pursued by the Pentagon.

The article of Tvalsazrisi.ge was shared into 10 public groups. 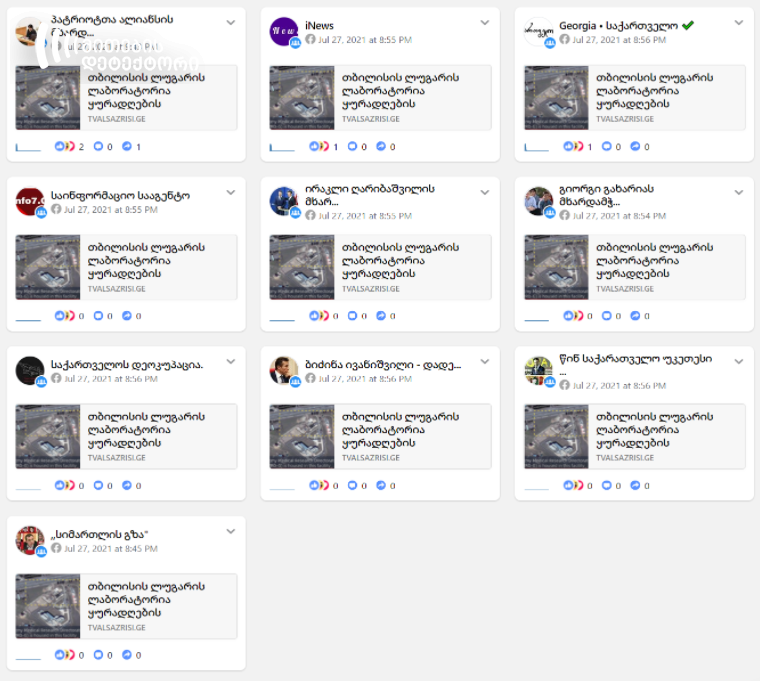 On July 28th, “Georgia and World” also published an article about the American laboratories, labelling the Lugar Laboratory as a danger for the country. 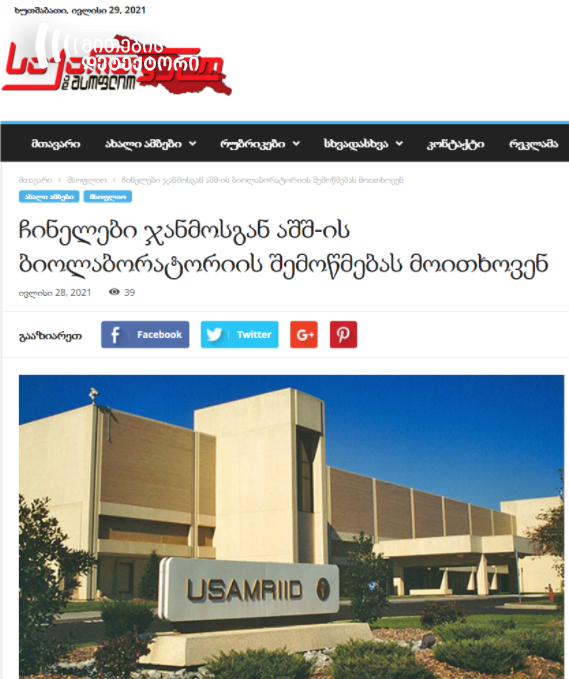 The information that dangerous experiments are being conducted in the Lugar Laboratory and representing the source of the COVID-19 spread is a conspiracy theory. The same conspiracy appeared on Kremlin media REN TV last year.

The source of REN TV was the Russian Military expert Igor Nikulin, who claimed that the spread of the COVID-19 could be potentially linked with the Lugar Laboratory of Georgia. In reality, questions regarding the origin of the COVID-19 virus remain unanswered. The virus was first detected in the Chinese city of Wuhan and was allegedly transmitted to humans by bats or other animals.  However, there exists a hypothesis claiming that the virus was leaked from the Virology Institute of Wuhan. The majority of the scientists agree on the natural creation of the virus; nonetheless, it is essential to mention that the US, Australia, the EU and Japan are asking for additional investigations. The need for further investigations is linked with the fact that China was hiding the existence of the virus at the beginning, which has led to further concerns. The Chinese state media allegedly created the conspiracy video about the American laboratories as a response to the US blames. Chinese diplomats also spread information in the Chinese media that the virus was brought to China by American soldiers. On July 27th, the spokesperson of the Chinese Foreign Ministry urged the US to invite World Health Organization (WHO) experts to investigate the Fort Detrick lab for coronavirus origin tracing.

The Lugar Laboratory, which is under the subordination of the National Center for Disease Control of the Georgian Ministry of Health, has been the target of the Kremlin for years now. Lugar laboratory has been linked with the spread of the COVID-19 and other diseases such as Ebola, African Swine Fever Virus, etc. Ungrounded claims about the Lugar Laboratory was often made by high-ranking Russian politicians, including President Putin.

Conspiracies regarding the Lugar Laboratory have been checked by “Myth Detector” before. For more, see our articles:

What do we know about the Lugar Laboratory?

The Lugar Laboratory plays a significant role in reducing biological catastrophes, including the coronavirus diagnostics. The Lab also has a scientific research direction and represents the only facility in the region with a high biosafety level (BSL 3).

For more, see Six reasons that make the Lugar Lab unique in the region and help fight COVID-19.