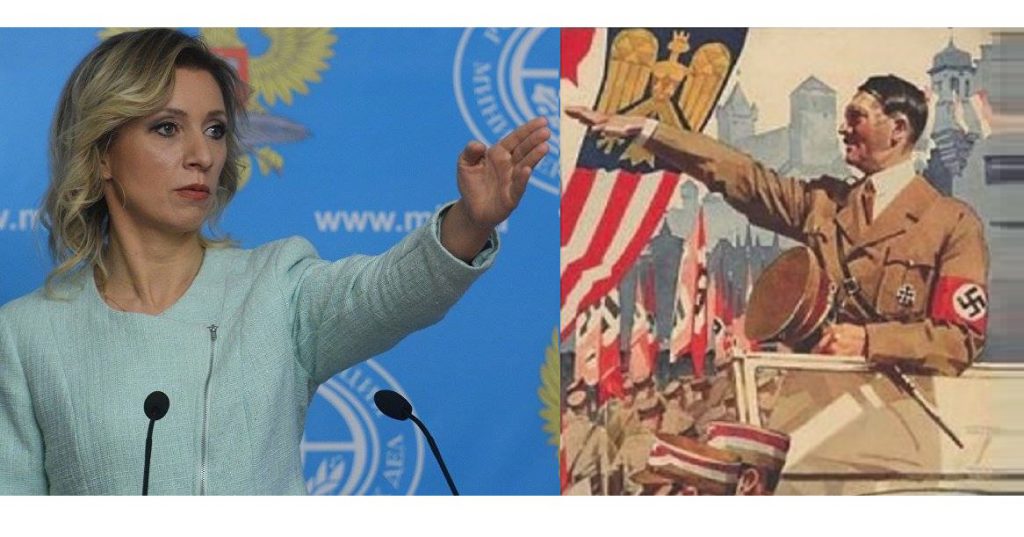 The expulsion of Russian diplomats from the Great Britain in response to a nerve-agent attack in Salisbury that targeted a Russian ex-spy, Sergei Skripal and his daughter, Yulia has triggered a new wave of propaganda messages from Russian politicians and pro-Kremlin media. British Prime Minister Boris Johnson compared the Russian Soccer World Cup due to be held in summer 2018 to the 1936 Olympics held in Nazi Germany, saying that Putin would use the World Cup like Hitler used the 1936 Olympics in Nazi Germany. In response, the pro-Kremlin groups reminded the Great Britain of its “Nazi past” and accused it of collaborationism.

Speaking about Johnson’s comparison at a news briefing on October 29, 2018, Maria Zakharova, a spokesperson for the Russian Foreign Ministry, reminded the Great Britain of participation in the 1936 Olympics in Nazi Germany. She also noted that there were a number of political and ideological reasons why Soviet athletes did not take part in the Olympic Games at the time. These groups create a context about the USSR allegedly boycotting the 1936 Olympics in Berlin because of Germany’s Nazi ideology, accusing the Great Britain of cooperating with the Nazi regime. These messages represent a fabrication of history. Russia and later the USSR did not participate in any Olympics from 1917 to 1952. The Great Britain was the first, along with France, who declared war on Germany two days after German forces invaded Poland. During that period, the Soviet Union had signed the Non-aggression Pact with Nazi Germany, specifying the spheres of influence in Eastern Europe both parties would accept after Hitler conquered Poland.

1. The Soviet athletes did not join the Olympic Games until 1952

Allegations that the USSR boycotted the 1936 Olympics in Berlin because of the Nazi ideology are a lie. Russia following the 1917 revolution and the Soviet Union following 1921 did not participle in the Olympics citing ideological reasons, because it perceived competition-based sport as a product of capitalism.

Popularization of sports begins in the Soviet Union in the 1930s that was followed by encouragement of physical culture. After the end of WWII, the Soviet Union joined the Olympic Movement with the aim to use sporting victory as a means to promote communist ideology.

2. Great Britain, along with France, was the first to declare war on Germany after the latter invaded Poland.

3. Public discussion on the Molotov–Ribbentrop Pact is punishable in Russia

British media outlets have released a lot of articles criticizing the participation in the 1936 Olympics in Berlin, where the participation of the Great Britain and other democratic nations in the Berlin Olympics is considered one of the most problematic historical legacies. Unlike the Great Britain, any allegations that the Soviet Union and Nazi Germany invaded Poland in 1939 as allies are punishable in Russia that represents yet another attempt to falsify history.