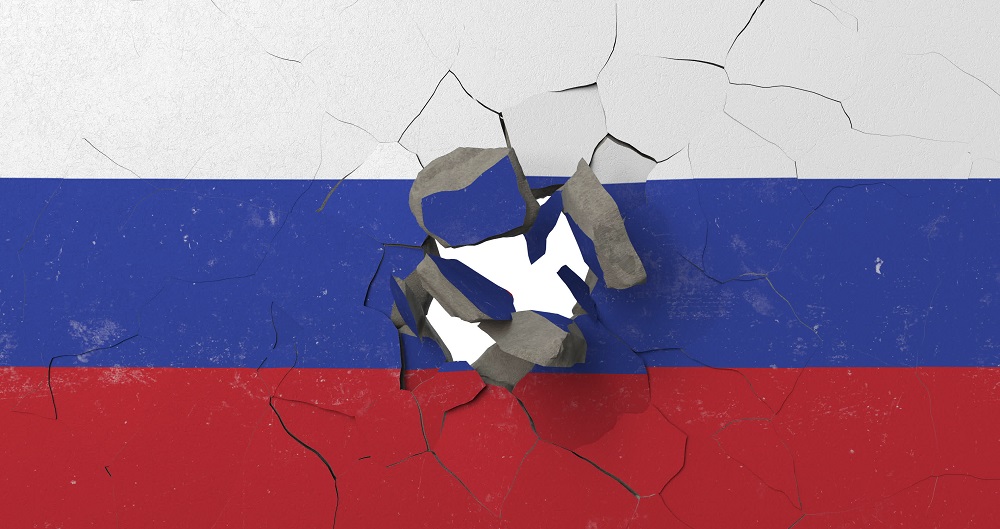 On November 23, a pro-Kremlin online edition News Front published two articles with similar content titled “On the Day We Remember Ivane Gulashvili, Let Us Think About Cooperating with the Archenemy of Terrorists – Russia!” and “Special Operations Center Against Terrorism at the Federal Security Service of Russia”. The first article comes with an Imedi TV report about Ivane Gulashvili, who fell victim to the counter-terrorist operation on Beri Gabriel Salosi Street in 2017. The article calls on Georgia to cooperate with Russia in the fight against terrorism, as the latter is “the archenemy of terrorists”. The author brings a YouTube video, uploaded by the Russian Defense Ministry-controlled TV Channel Zvezda, depicting a special operation, as an example of Russia’s successful fight against terrorism. In the second article, News Front publishes a documentary about Russian methods of fighting terrorism.

The claim that Russia successfully fights terrorism is false, as on the one hand, Russia supports and cooperates with large terrorist organizations, and on the other hand, it fails to prevent terrorist attacks on its territory. Russian anti-terrorism strategies are violent, aimed at short-term effect, do not consider the socio-political factors causing terrorism, and do not eliminate the roots of terrorism.

Hezbollah is an extremist group of Lebanese Shia Muslims. It is often referred to as “a state within a state”. It is actively involved in the Syrian Civil War and supports the President of Syria, Bashar al-Assad. The United States, Canada, the United Kingdom, and Israel officially recognize Hezbollah as a terrorist organization, while Russia does not. On January 12, 2015, while capturing the town of Salma, Hezbollah was backed by Russian Air Force and Artillery, whereas a video footage recorded in Aleppo shows Russian militaries and Hezbollah fighters cooperating. The cooperation was later brought to light by a Hezbollah-associated Lebanese newspaper “Al Akhbar” who noted that the Hezbollah officially met with high-ranking Russian military officials to discuss the battle of Aleppo.

Taliban is an ultra-conservative religious and political organization, founded in Afghanistan in 1990s. In 1996-2001, Taliban was controlling nearly the entire territory of Afghanistan. It has officially been recognized as a terrorist organization by the United Nations Security Council. Although Russia denies the accusations, the head of the US forces in Afghanistan, John Nicholson told BBC that Russia tries to destabilize the situation in Afghanistan and that Taliban receives arms from Russia. In 2015-2016, Russia’s official representatives stated that interests of Russia and Taliban in the fight against ISIS are aligned and that an exchange of information is taking place between the two. In addition, Russia officially hosted a Taliban delegation in 2018.

What methods does Russia use to fight terrorism in its own borders?

Since 1990s, Russia has frequently been the target for terrorist attacks, the prevention, localization, and investigation of which has not been carried out accordingly by the Russian counter-terrorist bodies.

One of the most destructive terrorist attacks took place in September 1999, during Vladimir Putin’s pre-election campaign. Hundreds of innocent civilians died in the mass explosion of residential buildings. Putin accused Chechens in organizing the attack and used it as a motive to launch the Second Chechen War in the Northern Caucasus under the veil of counter-terrorism.

Among the terrorist attacks that took place in Russia, 2004 Beslan school siege is especially tragic. Terrorists captured a school building and took up to 1,200 people as hostages, most of them children. After a three-day siege, Russian militaries stormed the building using heavy armament, followed by the death of 334 people. An independent investigation carried out by Yury Savelyev in 2006 confirmed that the death of civilians was a result of an incorrectly managed military operation. The European Court of Human Rights ordered Russia to pay compensation to the families of the victims, as it did not provide for the security of the children, parents, and teachers, despite possessing the information on the possible terrorist actions.

After the tragically unsuccessful Beslan operation, Russia carried out a wide-scale reform of laws concerning the fight against terrorism and the responsible bodies. The counter-terrorist forces were allowed to act swiftly and brutally and the information about their actions became top secret. There have been successful counter-terrorist operations in the Northern Caucasus and cities of Central Russia, however, researchers believe that these measures will only have a temporary effect, as Russia does not study the reasons behind terrorism and simply suppresses it in cold blood.

Facebook page of Georgian-language News Front was created on October 13, 2019 and it has links with openly pro-Russian actors, like Georgia and World, Eurasian Union, Patriot TV, as well as Politicano, affiliated with the Yevgeny Primakov Public Center, which mainly manipulates with socialist issues, trying to incite Soviet nostalgia.Simultaneously, News Front’s Facebook page administers a public group “Россия и Грузия- дружба навеки!” (Russia and Georgia – Friendship Forever). The group was created on September 11, 2014 and it changed its name three times since then. On February 4, 2019, the group changed its name twice – initially it was named Kidobani and then Kidobani News. The group chose the name “Россия и Грузия- дружба навеки!” on August 4, 2019. Besides News Front Georgia’s page, the group has six other admins. News Front Georgia’s page also has six admins.