Pro-Governmental Media “For Georgia” and Against Gakharia 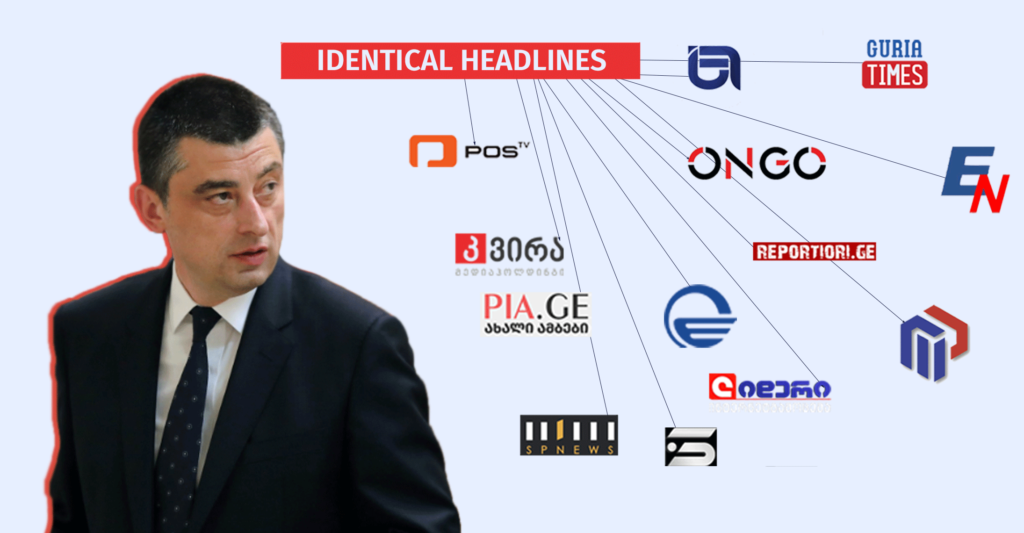 On September 1st, 2021, the former Prime Minister of Georgia, Giorgi Gakharia, nominated himself to represent the party “For Georgia” at the 2021 Mayoral Elections of Tbilisi. Shortly after the nomination, media outlets with pro-governmental editorial policies began to extensively disseminate information about members and candidates of “For Georgia” leaving the party in different regions of Georgia. In addition, different media outlets have been suspected of spreading similar messages against Gakharia with identical headlines.

“Myth Detector” revealed the following trends in the monitoring process from September 4-13:

The aforementioned eight media outlets have shared a total of 242 pieces of information about the members and electoral candidates of “For Georgia” leaving the party.

Diagram 1: The quantity of pieces of information published about people leaving Gakharia’s party by the media subject to monitoring

The information spread by the media about the members leaving the party covered a total of 30 different settlements in 10 regions of Georgia. The distribution of total amount of materials prepared by the media by regions was as follows:

Diagram 2: The quantity of pieces of information published about people leaving Gakharia’s party by region.

Several cases have been identified where media outlets shared identical texts only within an interval of a few minutes. At such times, the information was first published mainly by the media holding “Kvira” and the publication Pia.ge.

For instance, on September 13th, the event of the candidate N13 on the proportional list of Tsalenjikha leaving the party was initially reported by the Facebook page of the regional outlet STV.ge, at 11:28 AM, using the following headline: “In Tsalenjikha, the N13 on the proportional list has left Gakharia’s party.” Other media have published identical content with the following chronology:

Interestingly, the typo made by STV.ge (the outlet wrote “liist” instead of “list”) has remained unchanged in the post of “Kvira.” Not to mention, STV, Pia.ge, and Spacesnews have used visually identical photo collages derived from combining two photos. 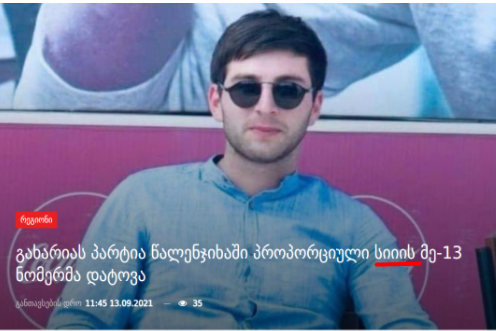 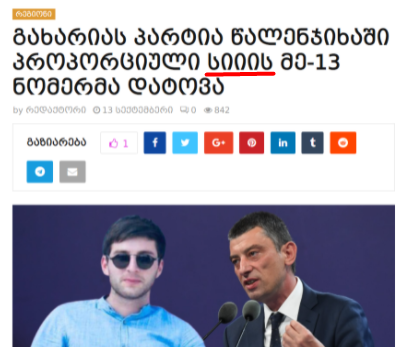 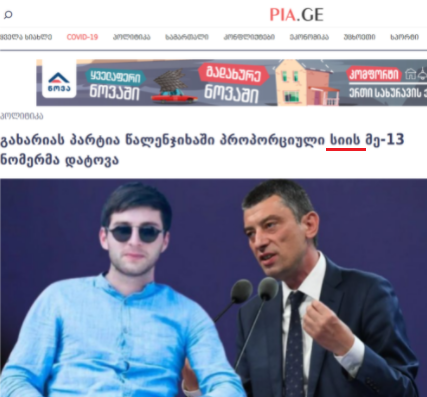 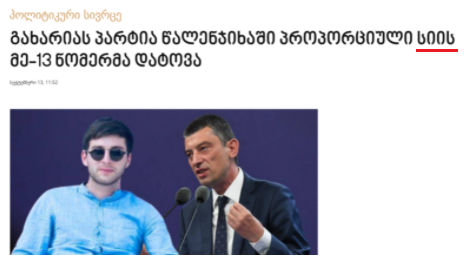 The news about three people leaving Gakharia’s party in Shuakhevi was first published by “Kvira” at 15:18, followed by other media with minor intervals:

Accordingly, the news about the member of the proportional list leaving the party was initially published by PIA.ge on September 11th, at 16:58, followed by other media with the following time frame: 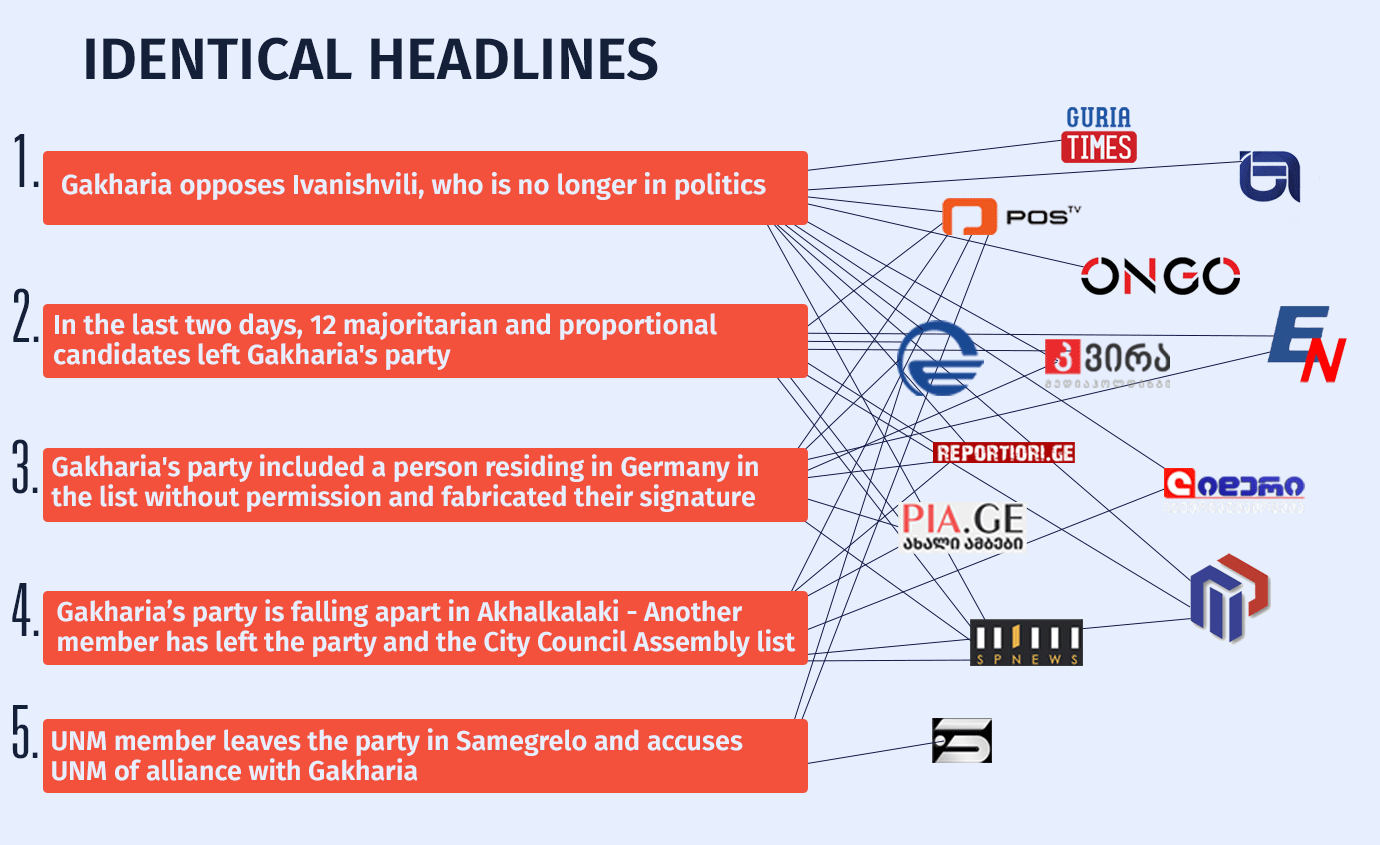 For more information regarding the identical messages disseminated by the media outeltes, click here

“Myth Detector” has identified two newly-created Facebook pages: Geopress and News Blog, both of whose names create the impression that they represent news outlets.

Both pages posted a total of 28 posts between September 1-14. 18 of them are from Geopress, and 10 are from News Blog.

9 out of 18 posts from Geopress are related explicitly to Giorgi Gakharia and the party “For Georgia”. Noteworthy, Senator Jim Risch’s response to the United National Movement signing Charles Michel’s document was among the posts. 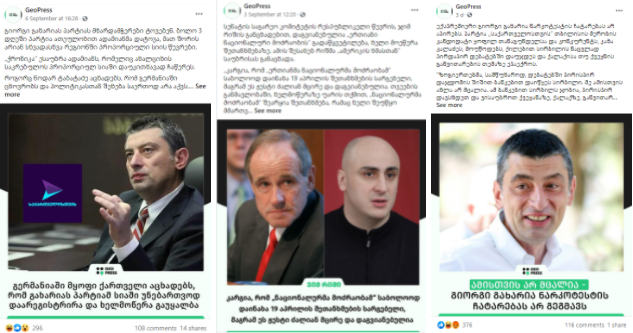 The Facebook page sponsored all of its posts related to Gakharia. A total of 186 USD was spent on 16 ads posted by the site from August 20th  to September 11th. 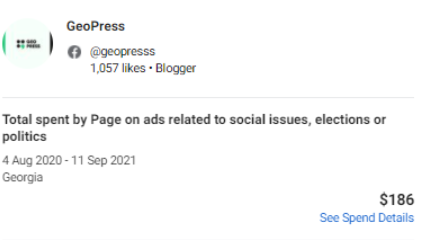 As for the page “News Blog,” 8 out of 10 posts published on the page during September 1-11 entail political content and are predominantly related to Giorgi Gakharia. Among the posts was a quote from Prime Minister Irakli Gharibashvili about Nika Gvaramia, in which he called the director of the “Mtavari Arkhi,” the “main propagandist of depravity.”

Earlier, in August 2021, the Facebook page published posts against “Tbilservice Group” employee Irakli Baghdavadze. Back then, Baghdavadze talked about an alleged corruption deal between Tbilservice Group and a company owned by Kakha Kaladze’s family member. 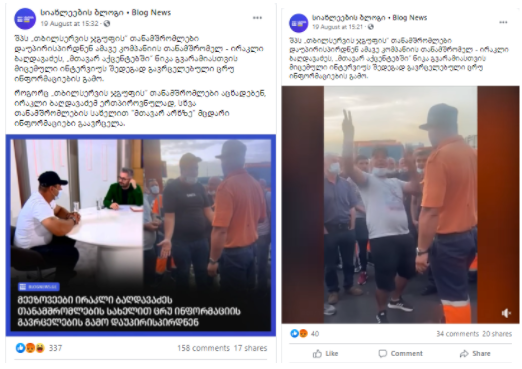 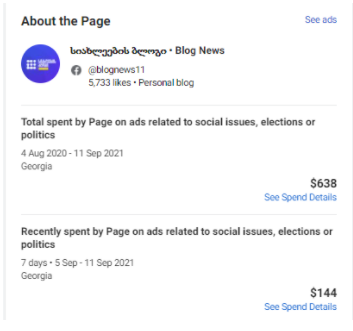 The Facebook page Geopress was created on August 20th, 2021, while the “News Blog” on July 30th, 2021. On the web page indicated on the Facebook page of Geopress, one can find only a couple of published articles, none of which are of political content. 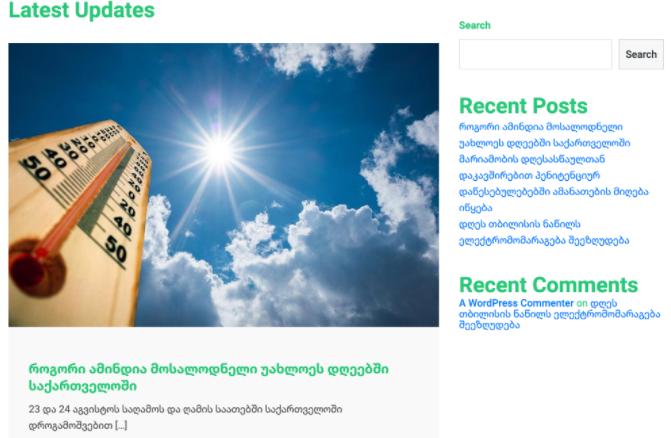 Despite the page’s slogan, “Do not miss the news!” The WordPress link on the Facebook page of “News Blog” also does not include a variety of articles. The website only features 2 banners, and unlike the Facebook page, none of them is political. They are titled “Mercedes will no longer produce internal combustion engines by 2030 and will switch to electric vehicles”, and “Additional doses of Pfizer are already in Georgia.” 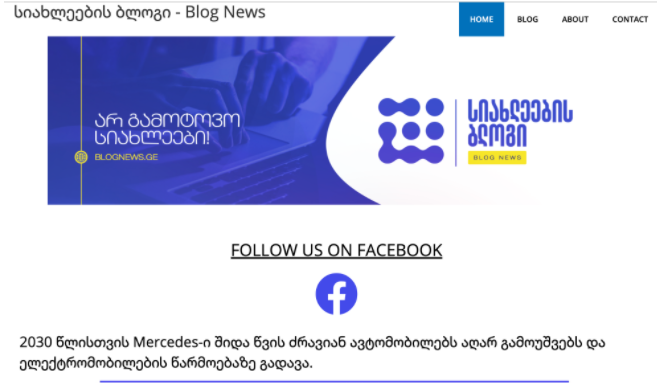 The circumstance that apolitical information is being disseminated on the web pages of outlets whose Facebook pages have a political agenda gives the impression that these addresses were explicitly created for Facebook’s transparency standards in WordPress and have no informational purpose.