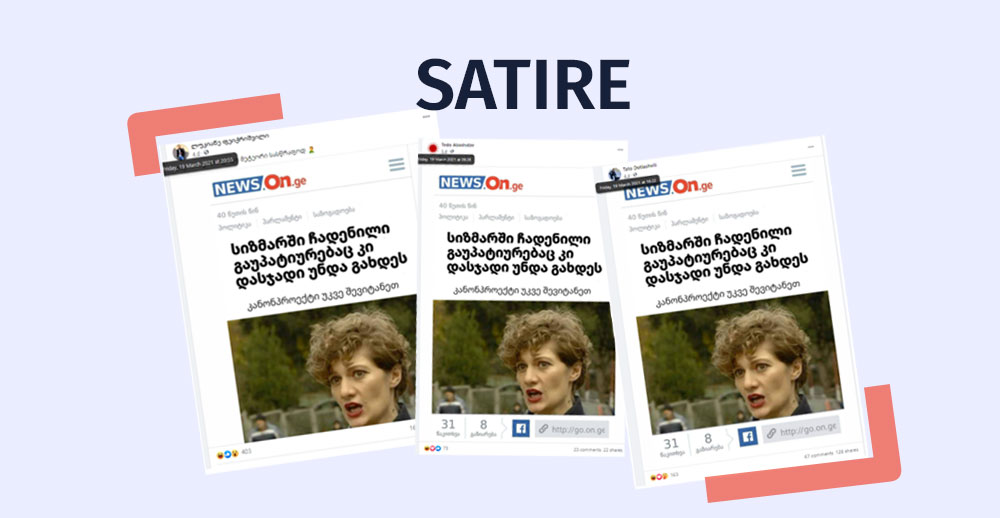 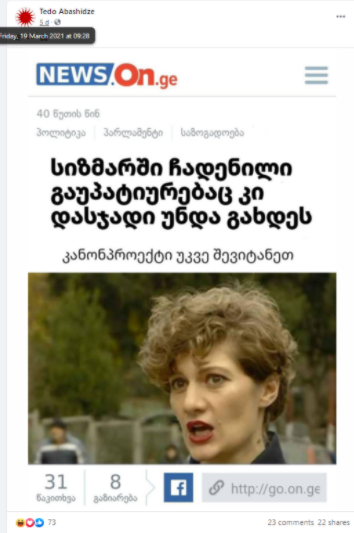 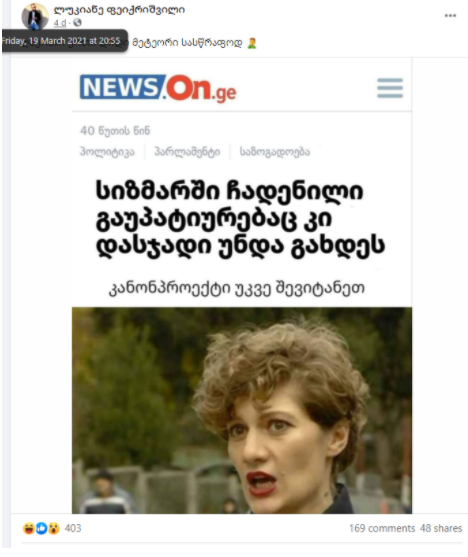 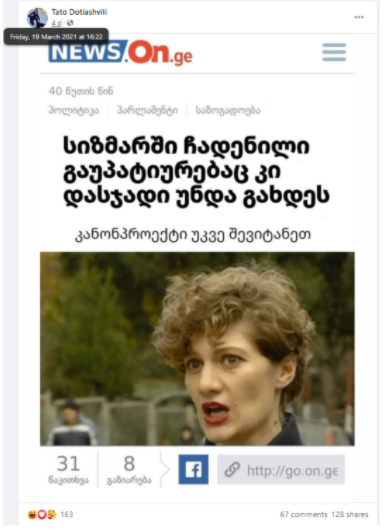 Post is presumed to be a satire, however, it is disseminated with the media outlet’s fake screenshot without the respective disclaimer, which might mislead the readers. Baia Pataraia hasn’t made such statement.

Baia Pataraia hasn’t made such a statement about the necessity of punishing sexual assaults committed in a dream. Such quote or any other text given in the screenshot cannot be found on On.ge’s webpage as well.

The color and font of the inscriptions on the disseminated screenshot visually differ from the original webpage. 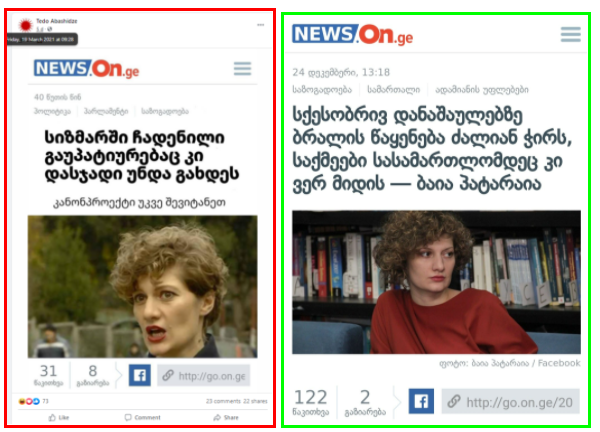 It’s worth mentioning that user Tato Dotiashvili mentioned the fake nature of the screenshot in one of the comments, however, given the users’ response to the post, the majority of them didn’t understand the satirical nature of the post. 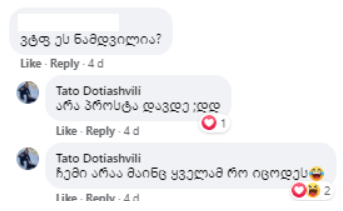 This is not the first time human rights defender Baia Pataraia’s statement was faked on the social network. “Myth Detector” has previously fact-checked similar cases: