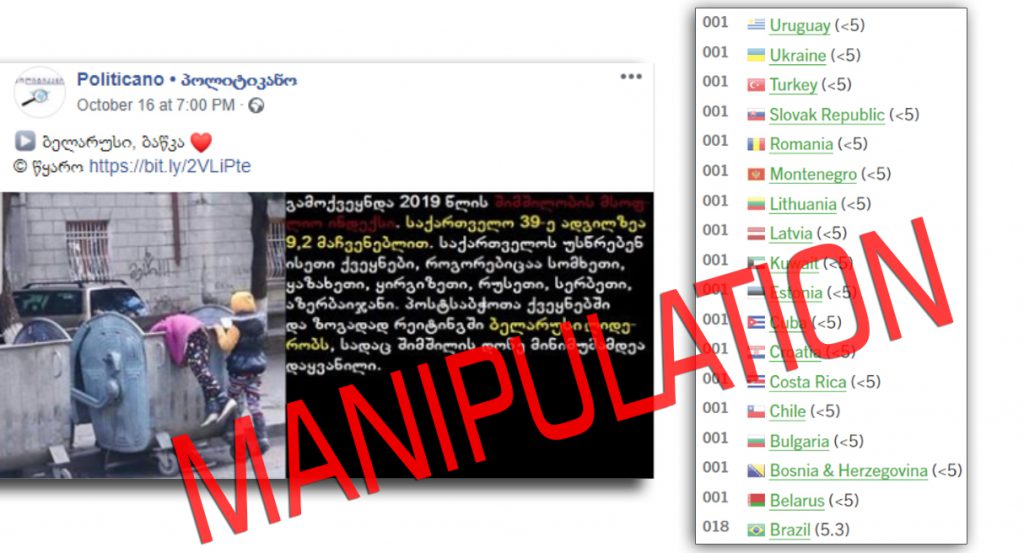 On October 16, Politicano Facebook page posted about 2019 Global Hunger Index. Politicano, based on globalhungerindex.org, claims that hunger is at its lowest in Belarus and that it is a leader not only among the post-Soviet countries, but also in the world. The post also mentions that countries such as Armenia, Kazakhstan, Kyrgyzstan, Russia, Serbia, and Azerbaijan have a better index than Georgia.

Politicano, based on 2019 Global Hunger Index, incompletely provides information about country rankings and does not note that other post-Soviet countries such as Ukraine, Lithuania, Latvia, and Estonia are on leading positions, too. All the aforementioned countries are classified as “<5” (less than five) category and they have all been assigned the first place due to having identical scores.

Globalhungerindex.org published the list of countries based on 2019 Global Hunger Index, which includes data from 117 countries. With an index of 9.2, Georgia is on the 40th place in the rating and falls behind all neighboring countries. As for Belarus, its index is “<5”, placing it on the first place together with 16 other nations.

Globalhungerindex.org indicates that the countries with identical scores have been assigned the same place in the rating. For instance, both Mexico and Tunisia are on the 23rd place. Those 17 countries that have an index “<5”, due to only having a minimal difference in indices, were not assigned an individual ranking place and are all on the first place. 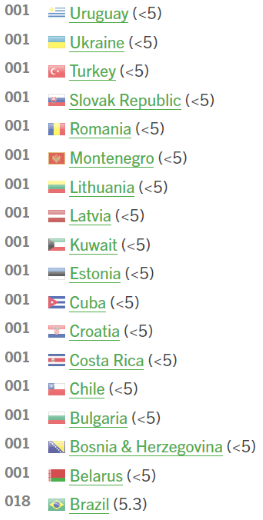 Belarus would only get the first position if one were to sort the first 17 countries alphabetically. 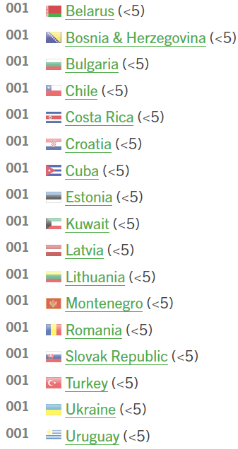 The webpage initially offers exactly the alphabetically ordered list, which can be changed and sorted by GHI score.

Politicano’s Facebook page is a medium connected to the Primakov Russian-Georgian Public Center. The Center itself has been created, on the one hand, by Gorchakov Foundation, founded by the President of Russia, and, on the other hand, by the International Relations Institute of Georgia. According to the 2017 and 2018 Anti-Western Propaganda Reports by Media Development Foundation, Politicano often resorts to falsification of history and inciting nostalgy towards the Soviet Union.

Find the materials disseminated by Politicano and verified by Myth Detector via this link.